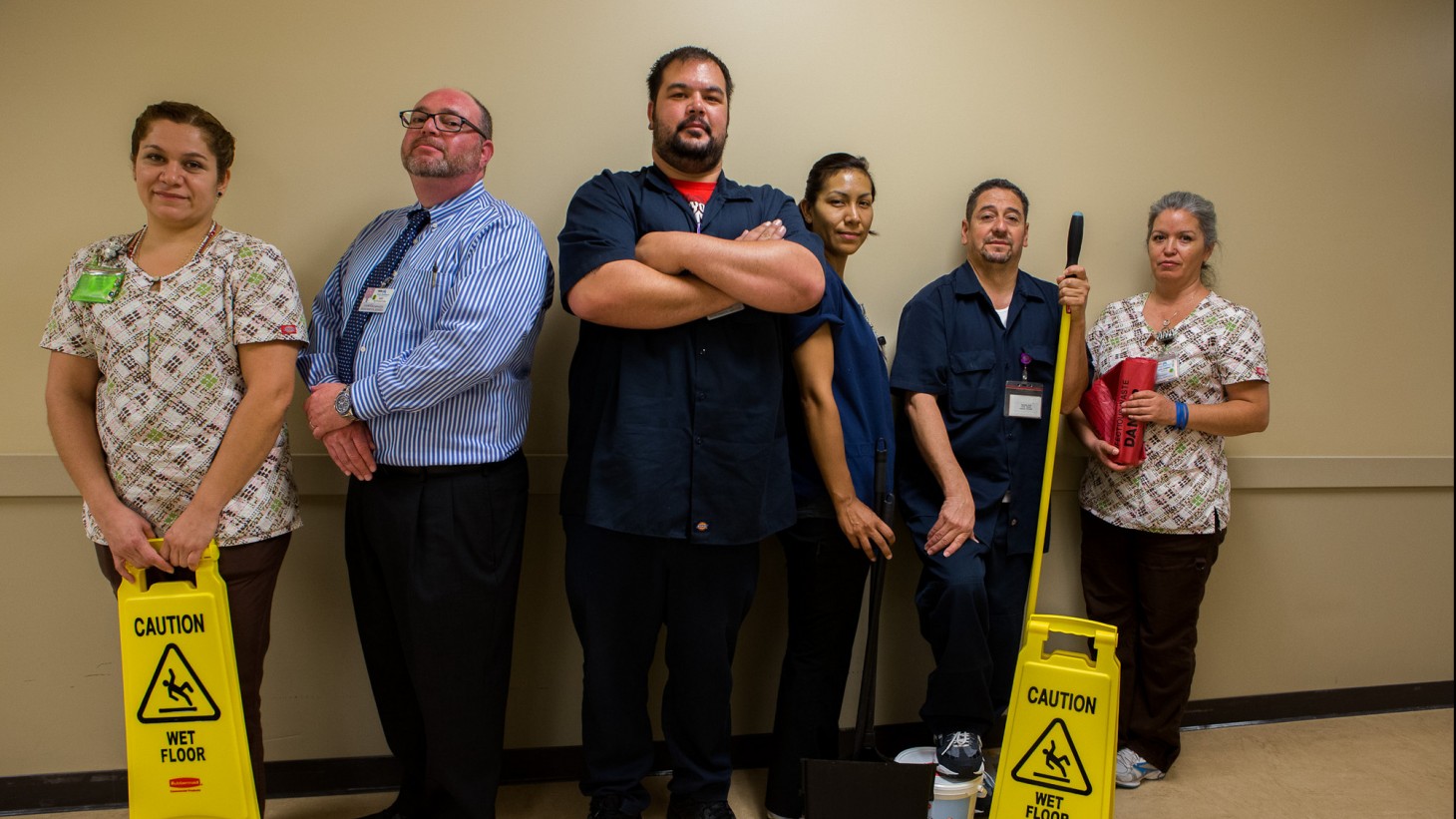 Photographer Robert Gumpert captures the essence of KP's workforce, including these EVS workers at the Ontario Medical Center in Southern California.

Two people—one, a white woman, the other, a black man from the West Indies—witnessed the crucible of new workers who arrived by the tens of thousands at the Kaiser shipyards during World War II. Together, they laid the foundation for an extraordinary photographic record of the organization’s history.

Ann Rosener was a San Francisco Bay Area local whose assignment with the Office of War Information included writing and photography. Emmanuel Francis Joseph was born on the island of Saint Lucia. He settled in Oakland in 1924 and became the first professional black photographer in the Bay Area. Both artists brought a keen eye to the history unfolding before them and chronicled the often-overlooked working lives of women and people of color.

Ann Rosener's portrait of Janet Doyle at the Richmond shipyard in 1943.

The tradition they began is carried on today, with contract photographer Bob Gumpert documenting the work lives of the frontline staff, managers and physicians who are the backbone of the Labor Management Partnership. Gumpert started his career in 1974 in Kentucky, photographing what turned out to be the last three months of the epic United Mineworker’s strike. In the years since, he has covered economic, social and worker issues in a number of countries.

Usually, a company’s photographic record boils down to a few standard subjects—founder portraits, major buildings, award ceremonies. But a rich organizational archive also includes images of the ordinary people who work there, who cumulatively contribute to the operation and impact of businesses large and small.

Gumpert has taken more than 75,000 photos of just about every sort of worker in the KP cosmos—clerks, drivers, doctors, pharmacy technicians, RNs, housekeepers. These images, like those of pioneer documentarians Rosener and Joseph, put a human face on a dynamic American industry.

A longer version of this article, with additional photos, appears on A History of Total Health, Kaiser Permanente's history blog.

13 people found this helpful. Was it helpful to you? YesNo