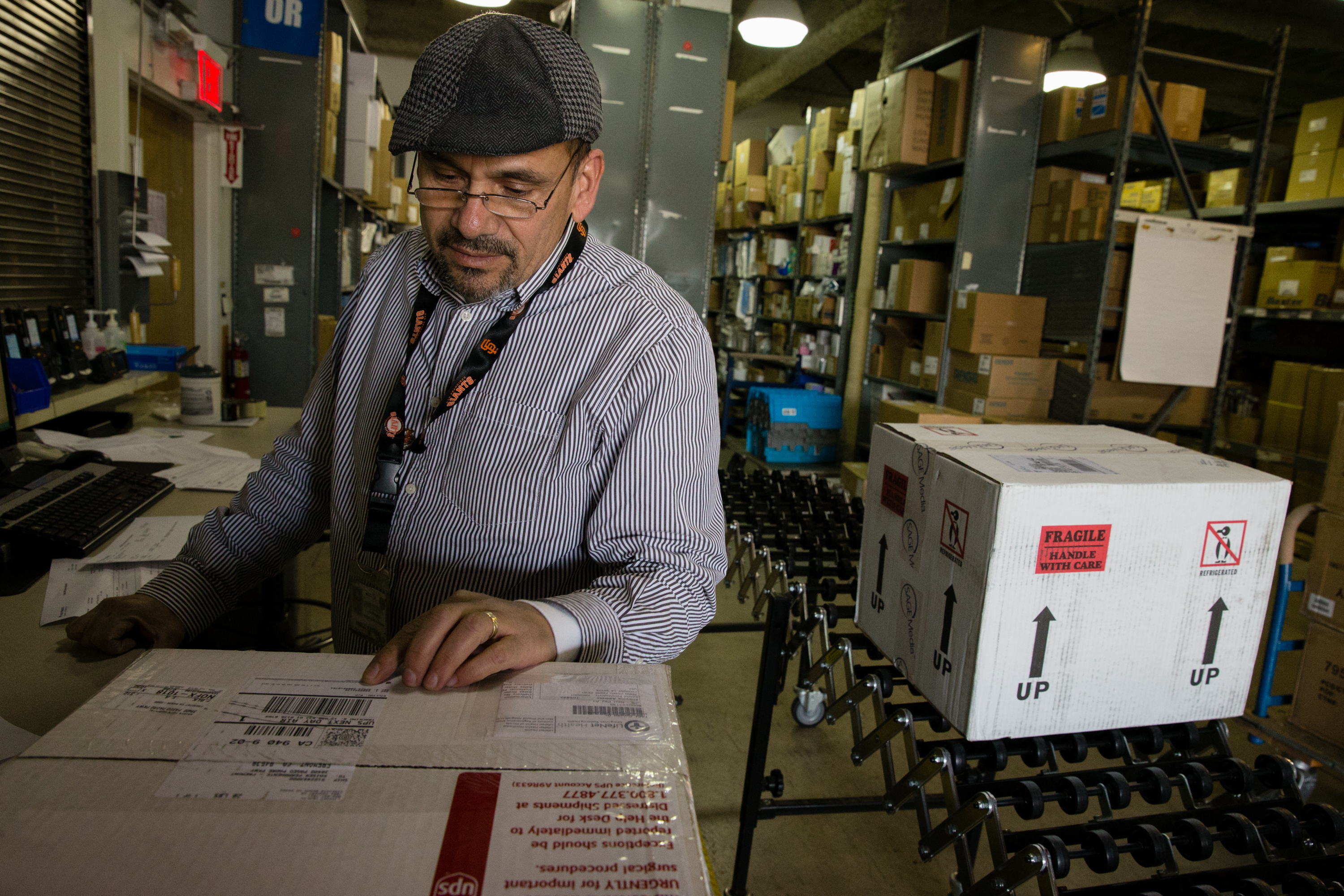 When people go to school to learn how to perform X-rays or take blood pressure, they don’t generally expect they’ll be bonding with colleagues while getting their commercial driver’s licenses or that putting on snow chains will be part of their job. But members of the “mobile coach” unit-based team, who travel to clinics that do not offer mammograms on site and who are in charge of every aspect of running a mammography lab on wheels, took these tasks on and more. Their unusual assignment is improving the quality of care—they screen an average of 15 patients a day and performed 2,584 exams in 2012, finding 12 cancers.

The Pharmacy team at the Cumberland Medical Offices cut labeling costs by more than 50 percent by improving accuracy in printing prescription labels. Techs now take a medication off the shelf before typing in the prescription or passing it off to a pharmacist. This helps them select the right code from the National Drug Code database—reducing the need to reprint labels and the associated medication information sheets that are given to patients. Within three months of the change, the number of incorrect codes on labels went from 13 a week to zero. Spending on labels dropped from $1,355 in November 2011 to $569 in March 2012, and monthly shredding costs dropped from $90 to $30.

The Gerontology specialty team at the Honolulu clinic uses a distinctive combination of red and blue tape to keep its nursing staff free of accidental syringe needle sticks, which can lead to serious disease. More than a year ago, the team set a goal to have no more than three sticks a year—the number of incidents in the previous year. But telling busy caregivers not to rush was not enough. Today, a designated area blocked off by the tape signals to other staff that a nurse needs to concentrate fully on preparing an injection or disposing a needle. The UBT reinforces the warning with signs and a monthly safety message. There have been no needle sticks since October 2012.

When busy patients kept canceling appointments, the Baltimore Behavioral Health unit-based team had to find a way to address the no-shows, which were having a negative impact on the clinic’s workflow. In June 2012, 32.7 percent of open slots for new referrals went unused. Then the team stepped in with personal reminder calls and letters, as well as in-person coaching during the after-visit summary review about—yes—how to cancel an appointment. Once patients learned how easy it is to use kp.org to cancel an appointment and understood how other members benefit from the newly opened slots, the no-show rate dropped to 25 percent in February 2013.

When parcels arrive at the Fremont Medical Center, they are placed onto a conveyor that rolls them into a warehouse, where they are processed and staged for delivery. Before the conveyor was installed—a suggestion made by UBT member Pablo Raygoza, a storekeeper and SEIU UHW member—workers had to do a lot of bending and lifting to pick boxes up, handling each one multiple times. The improvement was part of a three-year effort to increase worker safety by redesigning and streamlining work processes. As of March 2013, the effort had kept the Supply Chain department injury free for more than 660 days and earned it this year’s regional President’s Workplace Safety Award.

The Northwest welcomed 2013 with a recommitment to the region’s hospital’s unit-based teams at a three-day Value Compass Refresh meeting, attended by more than 300 UBT co-leads, subject matter experts and regional leaders. Groups explored subjects like overtime, process improvement and patient flow. In the end, hundreds of potential projects were identified by co-leads and subject matter experts to take back to their UBTs for discussion and next steps. Representatives from the Operating Room UBT discussed opportunities to improve communication with surgeons. On hand was Imelda Dacones, MD, the chief medical officer of the Westside Medical Center (slated to open this summer). She listened with an eager ear and asked questions of the teams to help understand the challenges. “All the physicians who have privileges at the new hospital,” she says, “will go through the Patient Safety University training.”

Members regularly complained about long waits for prescriptions at the Parma Pharmacy, so the unit-based team decided to map the prescription-filling process using a spaghetti diagram. The tangled web of lines captured in the drawing told the story and pointed to the root cause of the problem: Pharmacists did a lot of unnecessary walking and backtracking. The primary culprit was walking to and from the technicians, who are located in the front of the pharmacy, to deliver prescriptions. The team decided to move pharmacists closer to the techs—a small change that gives pharmacists more time to dedicate to filling prescriptions and shaved wait times by 84 seconds, or 14 percent.

The eight-person nephrology unit at the Stockdale Medical Offices has always exceeded regional goals for its discipline and prided itself on the care it provides its kidney transplant patients—but it got a rude awakening in January 2012, when it saw fresh data from the regional renal business group. The team was merely average. Team members got busy, analyzing the metrics and scouring patient records. To help flag the care each patient needs, they turned to the Proactive Office Encounter functions in KP HealthConnect™. They hosted a special short-term clinic just for transplant patients. Nurses made outreach calls. And the percent of patients getting five key services shot up—flu shots (up 50 percentage points), dermatology appointments (up 32 points), renal ultrasounds (up 22 points), annual follow-up visits (up 25.5 points) and lab work (up 26 points).