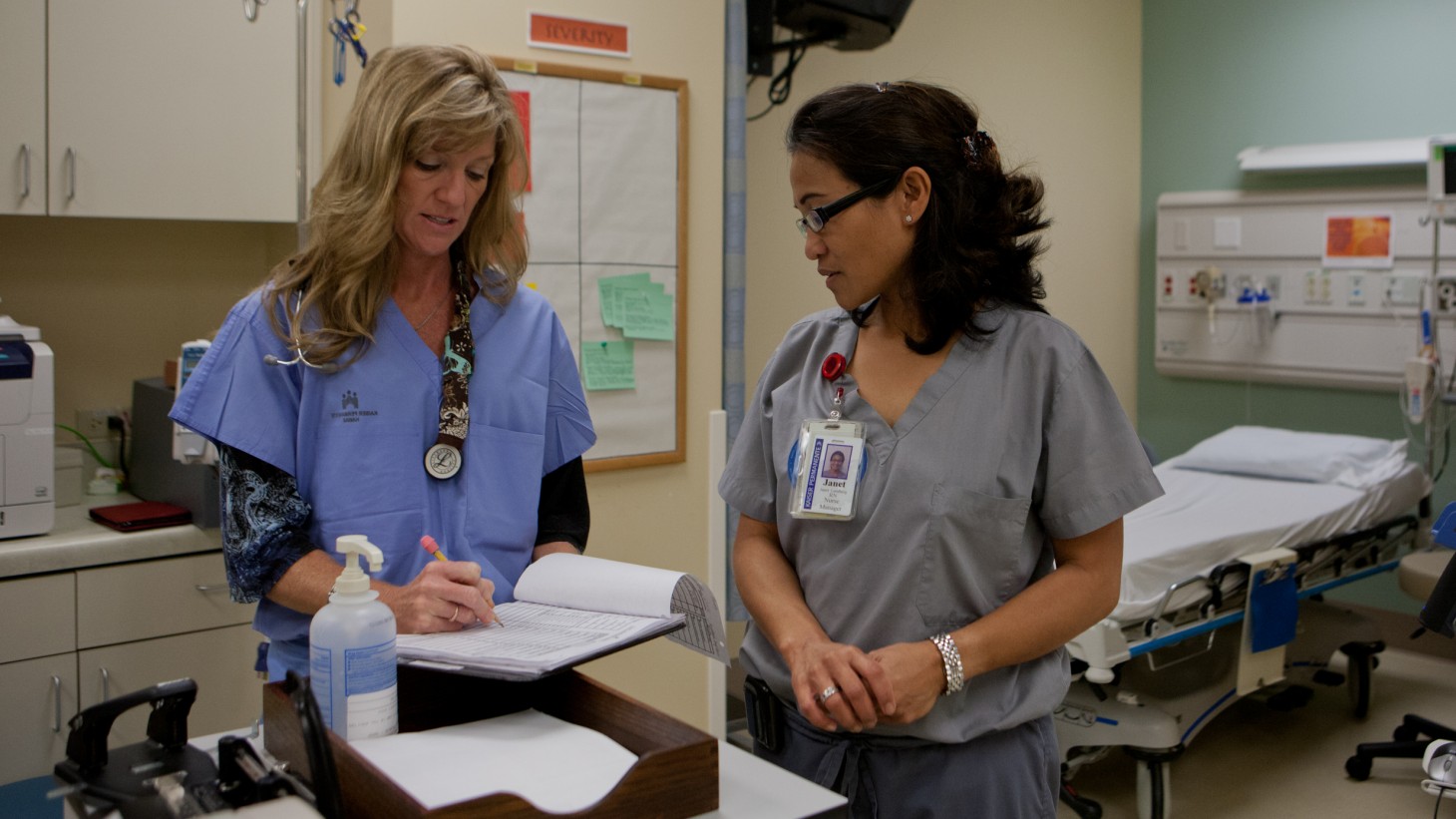 The Metabolic Surgical Weight Management unit-based team at the Franklin Medical Office is saving money and improving efficiency by reducing unnecessary lab tests for patients. The team researched current literature and discovered that its process was not adding value to patient care. As a result, the team went from 40 to 50 tests each day to 10 to 12 a day, saving more than $700,000 in one year. The project helped propel the team from a Level 1 to a Level 5 on the Path to Performance. The team won the UBT Value Compass Award for the first quarter of 2015.

When the Georgia region sought to promote compliance initiatives while engaging frontline workers, it copied an idea from an existing regional program. “We already have workplace safety champions, so we mirrored what they did to birth this little baby,” says Kim King, fraud control, privacy and security officer. As of December 2014, each of Georgia’s 30 medical centers and its medical records facility boast a compliance champion on site. The goal is to increase under-standing of possible compliance lapses, such as an unlocked door or allowing an unknown person into restricted areas. “Frontline staff—and the majority are union representatives—raise awareness and do monthly walkthroughs of the facilities,” says King.

After she helped set up a network of safety champions at the Moanalua Medical Center and medical offices in the Hawaii region, registered nurse Christy Borton won the individual award for Creating a Safer Workplace at Kaiser Permanente’s Workplace Safety Summit in late February. Borton, the workplace safety co-lead and a member of HNA OPEIU Local 50, is mobilizing colleagues around the region’s renewed focus on safety conversations and safety walk-arounds. Frontline staff share safety tips via a weekly safety newsletter. She also is working with the Safe Patient Handling Committee to spread the use of HoverMatts, which help prevent injuries to both patients and employees.

Workplace safety leaders in the Mid-Atlantic States region are committed to investigating incidents in partnership. Ensuring that a labor representative can meet soon after an employee injury was a key to the boost seen over the last several months. In January, 89 percent of incident investigations were performed in partnership, a 10 percent increase over December and significantly better than in October, when fewer than 70 percent were investigated in partnership. Another improvement is that incidents were reported in an average of four days in January compared to an average of eight days in December. “If we don’t keep ourselves and each other safe, we won’t be there for our patients to provide the care they deserve,” says Samantha D. Unkelbach, RN, the labor lead for Workplace Safety/Integrated Disability Management for the Baltimore area and a member of UFCW Local 27.

Before moving to a new facility in San Leandro, members of the Pulmonary Sleep Services Center in Hayward took action to raise their patient satisfaction scores from the bottom third to upper third. They asked patients what needed to improve and even visited some members at home. By listening, the unit-based team identified nearly 50 points of confusion patients face from the moment they arrive for treatment to when they go home. From February to August 2014, the UBT began letting patients return diagnostic equipment at their own convenience and staggered lunch breaks to ensure that patients could receive respiratory therapy around the clock. These changes helped transform the team from a Level 1 to a Level 4 on the Path to Performance.

Building on the region’s success in exceeding the goal of 75 percent completion of the Total Health Assessment in 2014, Total Health leaders are taking more steps to create a culture of wellness. Cynthia Beaulieu, the region’s Total Health labor lead and an OFNHP member, along with her management partner Lauren Whyte, employee wellness consultant, work with unit-based teams to celebrate team approaches to health. They round on teams with leaders to acknowledge and learn from team efforts. One fun project was collecting “healthy selfies” to showcase on the region’s internet site. Beaulieu and Whyte are encouraging the more than 300 employees who submitted photos to share them on social media using the hashtag #KPHealthie.

The region is adding a new dimension to its popular and effective reward and recognition program for inpatient Medical/Surgical and Maternal Child Health unit-based teams: a special award for teams that sustain their strong service scores for an entire year. For the performance year that recently ended, winners were Anaheim Medical Center for Maternal Child Health and Woodland Hills 4 West for Med-Surg. After celebrating their achievements, the teams are expected to help spread their successful practices to their peers at their own facilities and region-wide. Strategies they are considering are a one-day conference with presentations by the winning teams, hosting visits from other UBT co-leads, and monthly webinars.

Read More From the Spring 2015 Hank

62 people found this helpful. Was it helpful to you? YesNo