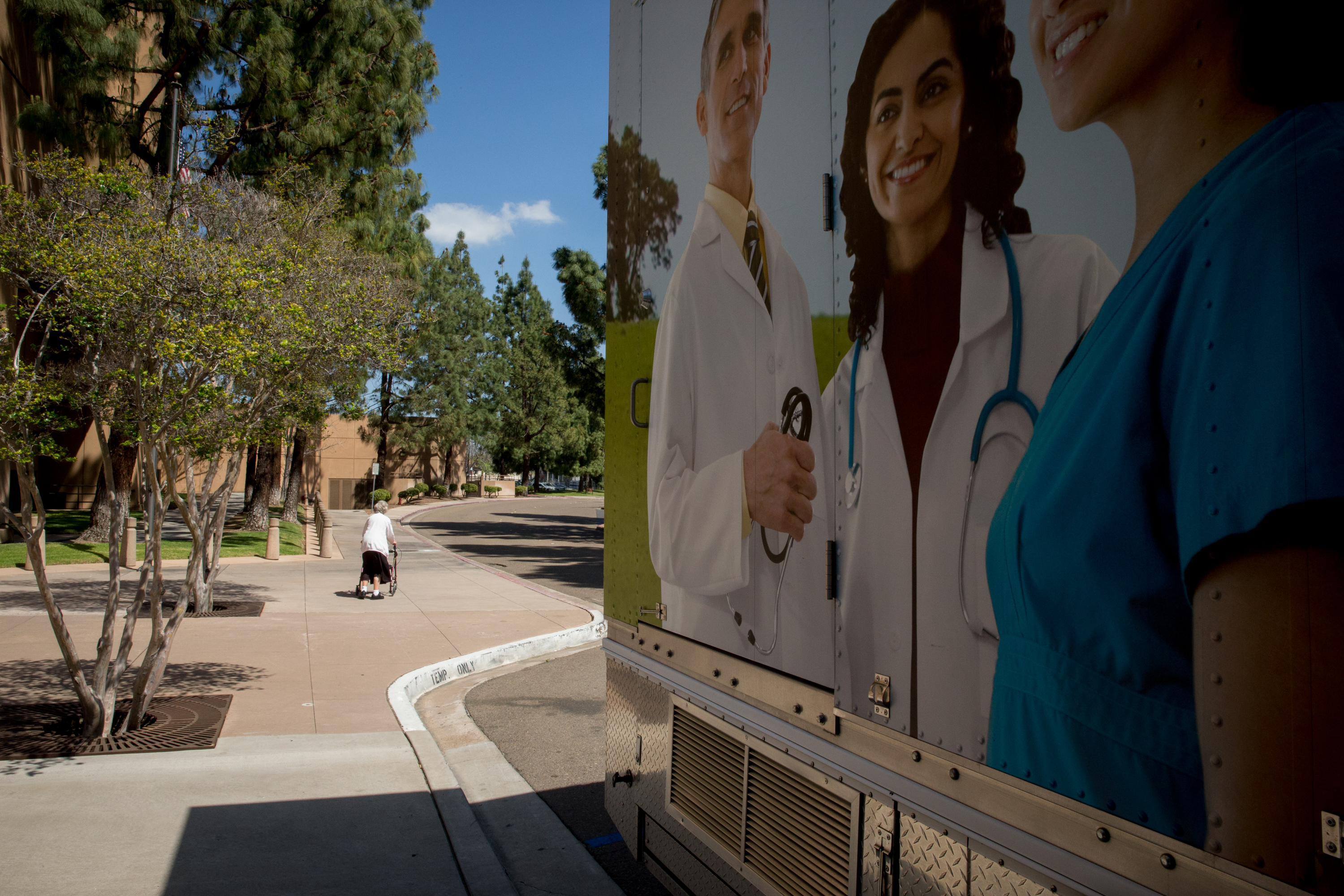 Mobile health vans help serve members where they need it.

News items from the regions

More than 60 trained champions are helping to motivate co-workers in their facilities to live a healthy lifestyle. Employees, managers and physicians are taking part in health fairs, 5Ks, healthy potlucks and Instant Recess™ sessions throughout the region. The region is also participating in the Spring Into Summer Challenge, a program-wide, team-based KP Walk activity to encourage walking during the longer daylight hours. Teams are forming with people of all fitness levels, especially employees who aren’t normally active. “Any change toward a healthy lifestyle is a success,” says Susan Mindoro, Total Health labor liaison for UFCW Local 7.

The Southwood Specialties gastrointestinal UBT in Georgia increased efficiency and saved money by scheduling contract physicians, patients and nurses more strategically. The department handles both anesthesia cases (which require a physician to perform) and also sedations (which can be done by nurses). This Level 4 team figured out how to schedule contract physicians for four days a week instead of five by tracking which patients needed what level of care—making the most efficient use of a very expensive resource. The project required agreement, communication and coordination between the GI providers and teams at four KP clinics in Georgia to schedule their cases accordingly. The project saved $113,000 between April 2013 and January 2014.

After the nurses at Hawaii’s Ambulatory Surgery and Recovery unit created a brochure that standardized the information given to members during their visits, patients have a better understanding of wait times, department hours, visiting hours, where to get parking validated and the location of key departments. The team surveyed selected patients three times from October 2012 to April 2014. Team members tweaked information in the brochure based on feedback, says Maria Scheidt, an RN and member of the Hawaii Nurses Association, OPEIU Local 50. After the first survey, 70 percent of patients reported they received and understood the brochure. After the second survey, 90 percent said they understood it. By the third survey, the nurses had successfully educated 95 percent of patients.

From Virginia to Maryland to Washington, D.C., nutritionists in UBTs identified children at risk for obesity and recruited them for Kaiser Permanente’s Healthy Living for Kids and Families course. Piloted in Northern Virginia, the project tracks the success of 11- to 14-year-old patients in establishing healthy eating habits, increasing daily activity and bolstering self-esteem. By drinking less soda or juice, exercising each day and curbing television viewing, a third of participating children at one medical center lost an average of 5.8 pounds in three months. Team members credit their partnership with pediatricians and the families for the results.

The region’s new Real-Time Attendance Estimator does what no other tool has done before: It projects into the future. The tool lets a cost center see how sick day use is affecting its ability to meet its year-end attendance goal by calculating the number of sick days that could be taken in an upcoming pay period without derailing progress toward that goal. If the number of sick days being taken needs to be reduced to meet the goal, the estimator shows that, too. The information is shown as a signal light—easy to print out and post.

Fifty-eight percent of staff members in the Northwest who are eligible for the Total Health Incentive have taken the Total Health Assessment—one of the highest participation rates program-wide. Members of unit-based teams are finding ways to help cover each other so they have time to take the assessment. Managers are backing the effort, which is a key step in earning the incentive. “Since the UBT agreed that the THA would be a project, I supported folks completing the assessment during work time since it is work- and goal-related,” says Jason Curl, department administrator for Primary Care at Tualatin Medical Office.

The region’s Jobs of the Future Committee has assigned four subgroups to identify trends in technology and innovative care delivery methods. The subgroups are inpatient nursing, ambulatory nursing/primary care, laboratory and diagnostic imaging. Each is led by labor and management partners. The groups are researching the impact of innovations on today’s jobs and making recommendations regarding training and recruitment of the workforce of the future to best support these initiatives. Work already is starting, for instance, at the South Bay Medical Center, which is exploring new staffing models as part of its plan to open a mini-medical office building—which is in turn part of the larger Reimagining Ambulatory Design initiative. In Kern County, UFCW has collaborated with management on a mobile health van project to optimize staffing for this creative way to deliver care.

32 people found this helpful. Was it helpful to you? YesNo