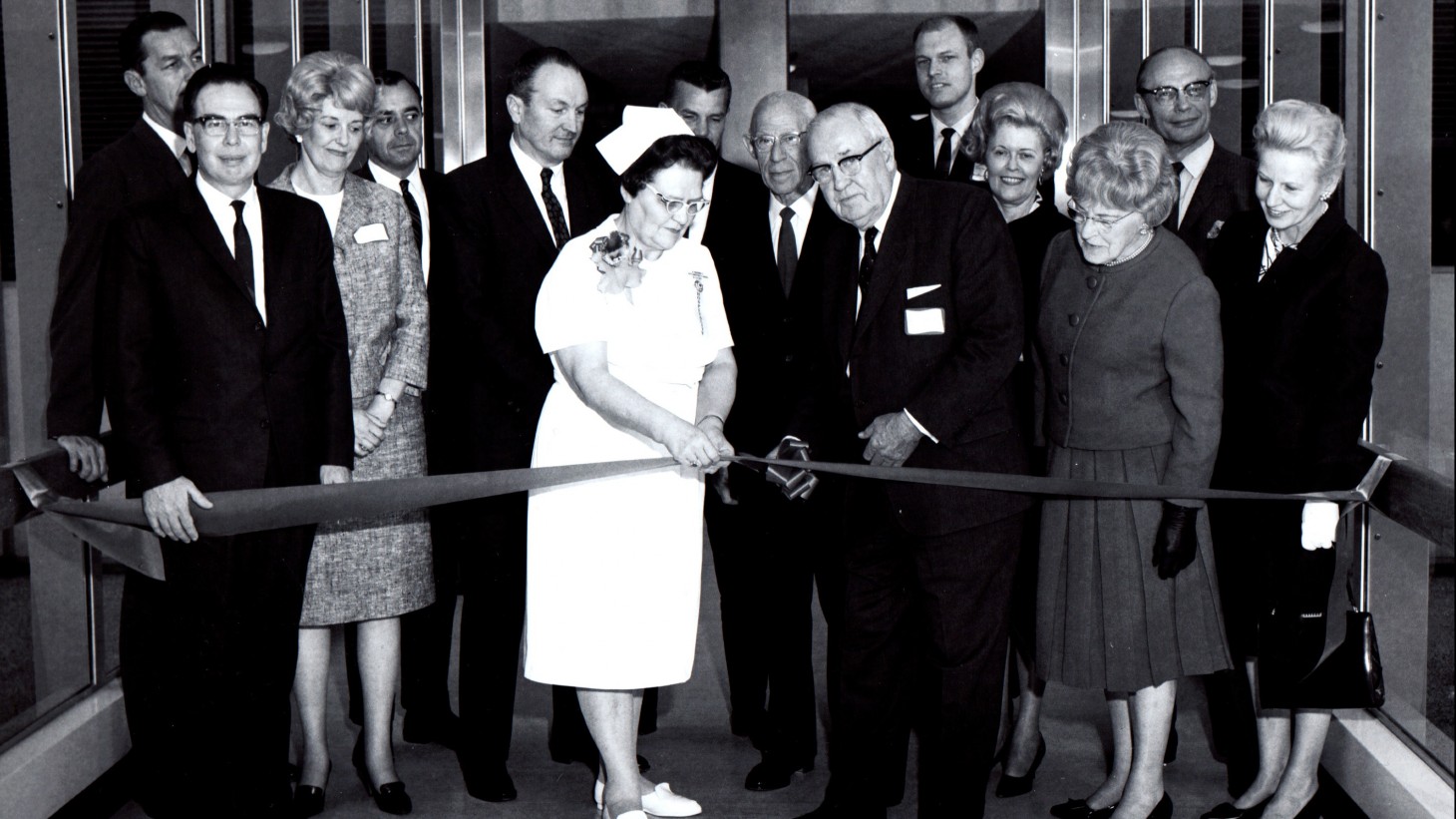 We're celebrating Kaiser Permanente's rich history, including this ribbon cutting at the South Wing of the Bess Kaiser Hospital in the Northwest region in 1967.

For the first five years after the Permanente Foundation Health Plan opened to the public, there were no separate regions. Three hospitals—two in Northern California and one at the Fontana steel mill in Southern California—served the new members.

Health plan enrollment opened to the community in 1947 with the opening of an outpatient facility across the Columbia River from the closed Kaiser shipyards. It became a region in 1951 and has been at the forefront of several innovative practices. In 1964, it launched the Center for Health Research to advance evidence-based medicine. In 1974, it became the only KP region to provide prepaid dental services. In 1991, the Northwest started Kaiser-on-the-Job, a workers’ compensation program that has since spread to all regions. Coalition locals in the Northwest are: OFNHP/ONA (3,400), SEIU Local 49 (3,900), UFCW Local 555 (900) and ILWU Local 28 (65).

Hawaii opened in 1958—before the territory became a state—with strong support from the building and construction trades, which benefited strongly from Henry Kaiser’s hotel and housing projects. It was the last region to join the partnership, in 2009. The Hawaii Nurses Association, OPEIU Local 50 (800 members), belongs to the coalition.

The Ohio region was the first organizational expansion of the health plan outside the western United States. The Community Health Foundation in Cleveland—which had been established by the Meatcutters and Retail Store Employees Union and had a structure similar to KP’s—merged with Kaiser Permanente in 1969 to form the Kaiser Community Health Foundation. The region left KP in 2013.

Colorado also joined Kaiser Permanente in 1969, after requests from a group of labor, medical, university and government leaders. The United Mine Workers had regional headquarters in Denver, and Kaiser Permanente had longstanding relations with UMW through the Kabat Kaiser Institute in Vallejo, later known as the Kaiser Foundation Rehabilitation Center, where injured miners were treated. Today, SEIU Local 105 (3,500 members), UFCW Local 7 (1,800) and IUOE Local 1 (23) belong to the union coalition.

In 1980, KP acquired the failing Georgetown Community Health Plan and, through the use of existing community hospitals, began to operate profitably within two years. Kaiser Permanente believed locating in the Washington, D.C., area would provide high visibility regarding health care legislation. The effort was successful: In 1992, Jim Doherty, president of the Group Health Association of America, the professional organization for HMOs, remarked that the move “did more for the HMO movement than any single act since the HMO Act of 1973.” In 1984, the region opened its first pharmacy and changed its name to Kaiser Foundation Health Plan of the Mid-Atlantic States. In 1996, it acquired Humana Group Health Inc., one of the country’s oldest HMOs. OPEIU Local 2 (3,800 members) and UFCW locals 400 and 27 (1,600 total) belong to the coalition.

The Georgia region opened in 1985. Its first medical director was Harper Gaston, MD,
a Northern California physician and Georgia native who was proud to return home and serve the initial 265 members. In 1988, the region experienced dramatic growth when the state of Georgia came aboard as a major account and Kaiser Permanente acquired the financially ailing Maxicare Georgia HMO; within a year, the region celebrated its 100,000th member milestone. UFCW Local 1996 (1,800 members) is part of the Coalition of Kaiser Permanente Unions.

Read More From the Summer 2015 Hank