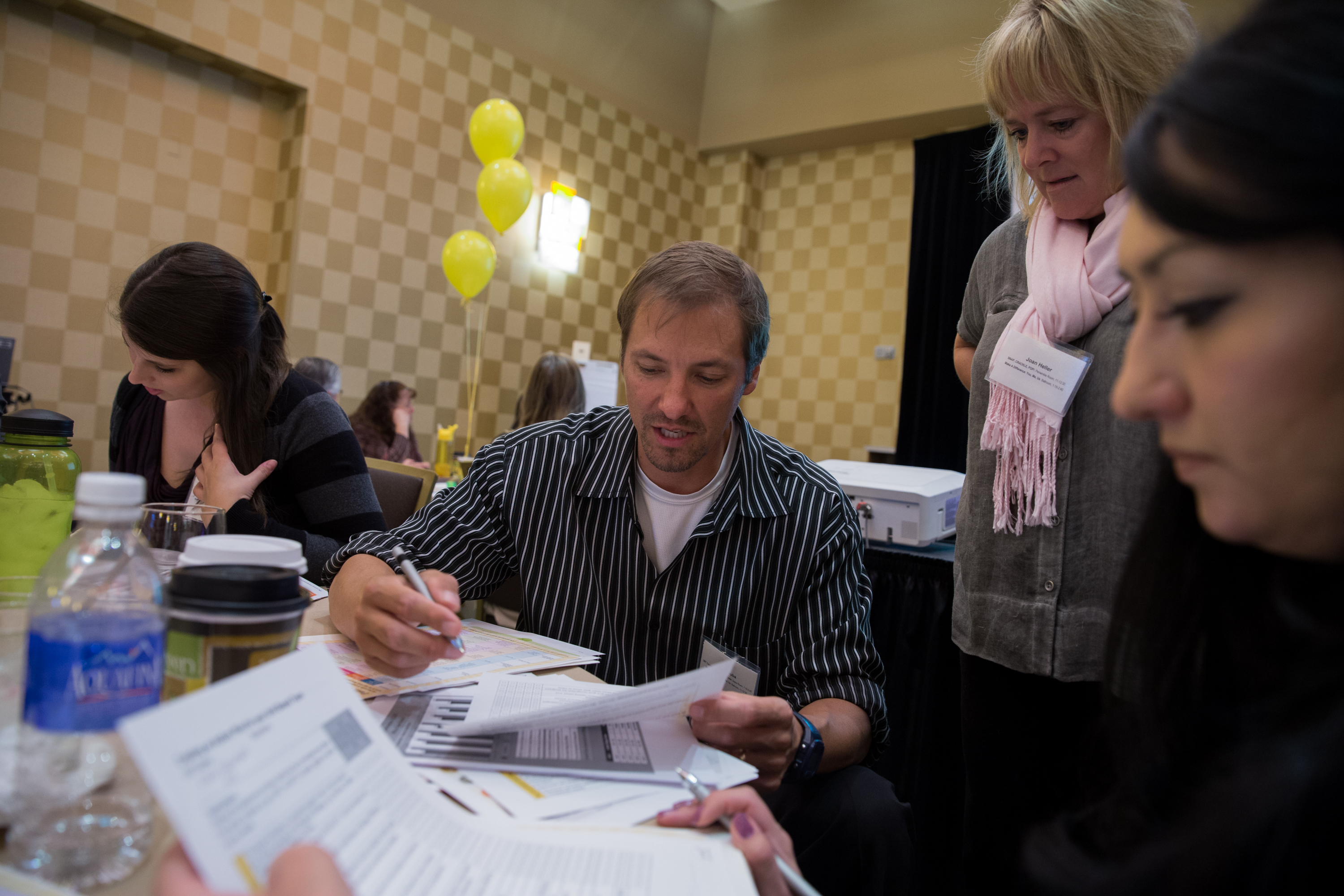 With Labor Management Partnership Innovation funds, the region’s unit-based team consultants hosted a “Building Strong Co-Leads” program. The half-day program featured workshops, breakout sessions and discussions about how unit-based teams can best serve new members, improve member affordability by reducing waste and inefficient practices, and use tools and resources to improve their teams. The program was offered twice in one day to accommodate co-leads from most of the region’s 200-plus teams. “It’s about focus,” says UBT consultant Linda Focht, adding that she and her colleagues will work with team co-leads to help ensure that their UBTs’ projects align with the priorities discussed during the program. “We are trying to set the teams up to be successful so that when we come out of the next few challenging years, we will be in a good place.”

When a UBT in Georgia knows it is getting close to achieving Level 5 on the Path to Performance, it has some serious preparation to do: The region’s validation process is rigorous. After meeting with their UBT consultant, team leaders fill in a nine-slide template tracing the team’s journey. The slides include information such as the team’s SMART goal, baseline metrics, process map, PDSA cycles, results achieved and how the team’s work aligns with the region’s strategic goals. After the slideshow is in tip-top shape, team members rehearse their presentation, which they give to the LMP steering committee. A number of storytelling training and tools are available.

Nothing’s keeping unit-based teams on track better than, well, UBT Tracker. Stumped early on by errant and absent entries on the web-based tool for reporting performance improvement data, LMP leaders brought in an expert from Program Office for a training. UBT consultants followed up with one-on-one coaching and drop-in clinics for co-leads. The investment in time has paid off. Marika Scalisi, a consultant who supports about 25 UBTs, says teams are reserving time after meetings to enter data, posting results sooner and doing a better job of setting priorities for projects. “They are owning the work,” Scalisi says.

Babies need at least 10 diapers a day, totaling more than $100 per month per child, or they wind up with rashes, infections and other health problems. But many families struggle with the expense. So unit-based teams at the Capitol Hill Medical Center stepped in to help. Partnering with the Girl Scouts of America, the medical center set a goal of gathering 10,000 disposable diapers by June 2014 for the DC Diaper Bank. The already high-performing teams are building morale with the project. It’s part of the region’s Live Well Be Well program, which, in addition to community programs, also includes yoga, belly dancing, literacy programs and gardening for employees.

In 2012, 20 percent of workplace injuries in the region were caused by slips, trips and falls due to unsafe footwear. But now you don’t have to let your work shoes trip you up, thanks to a project led by East Bay Safety Leader Andrea Dooley with input from SEIU UHW. All KP employees (not just those in Northern California) can receive a 5 percent to 25 percent discount on slip-resistant footwear from two different vendors. The deal is available on MyHR under Employee Discounts (choose Health & Fitness from the left-hand sidebar, and then select Recreation Connection) or go directly to RecreationConnection.com/kaiser and click on Safety Products on the left.

UBTs in the Northwest focus on projects aligned with the region’s operating plan and Annual Incentive Plan/Performance Sharing Program goals, and the UBT scorecards on the region’s intranet site reflect these priorities. But keeping teams on track requires bottom-up as well as top-down strategies. On the team level, one labor co-lead has found success by chopping up big performance improvement projects into clear, simple “action items” that can be accomplished within one work week and by assigning an action item to each member of the work group. “At times the priorities and goals of the UBT can get lost in the chaos of the day to day,” says histology technician Matthew Sabater, a member of OFNHP and the labor co-lead of the Airport Way Lab’s UBT. The action-item approach means the team can make progress “without bogging any one person down,” Sabater says.

In her role as chief nurse executive at Irvine Medical Center, Ruby Gill sponsors several unit-based teams. She’s admired for successfully focusing teams on key goals—service scores at the hospital are among the highest in the nation—but not in a heavy-handed way. “I share metrics and show comparisons to create some healthy competition,” Gill says. “We reward and recognize teams for even small successes—we don’t wait until they get to the 90th percentile.” At the same time, “if a team comes to me with an idea, I let them go for it”—even when it is not laser-focused on a key metric, she says. “If it improves staff morale and teamwork, then that will impact service and quality.”

We reward and recognize teams for even small successes—we don’t wait until they get to the 90th percentile.