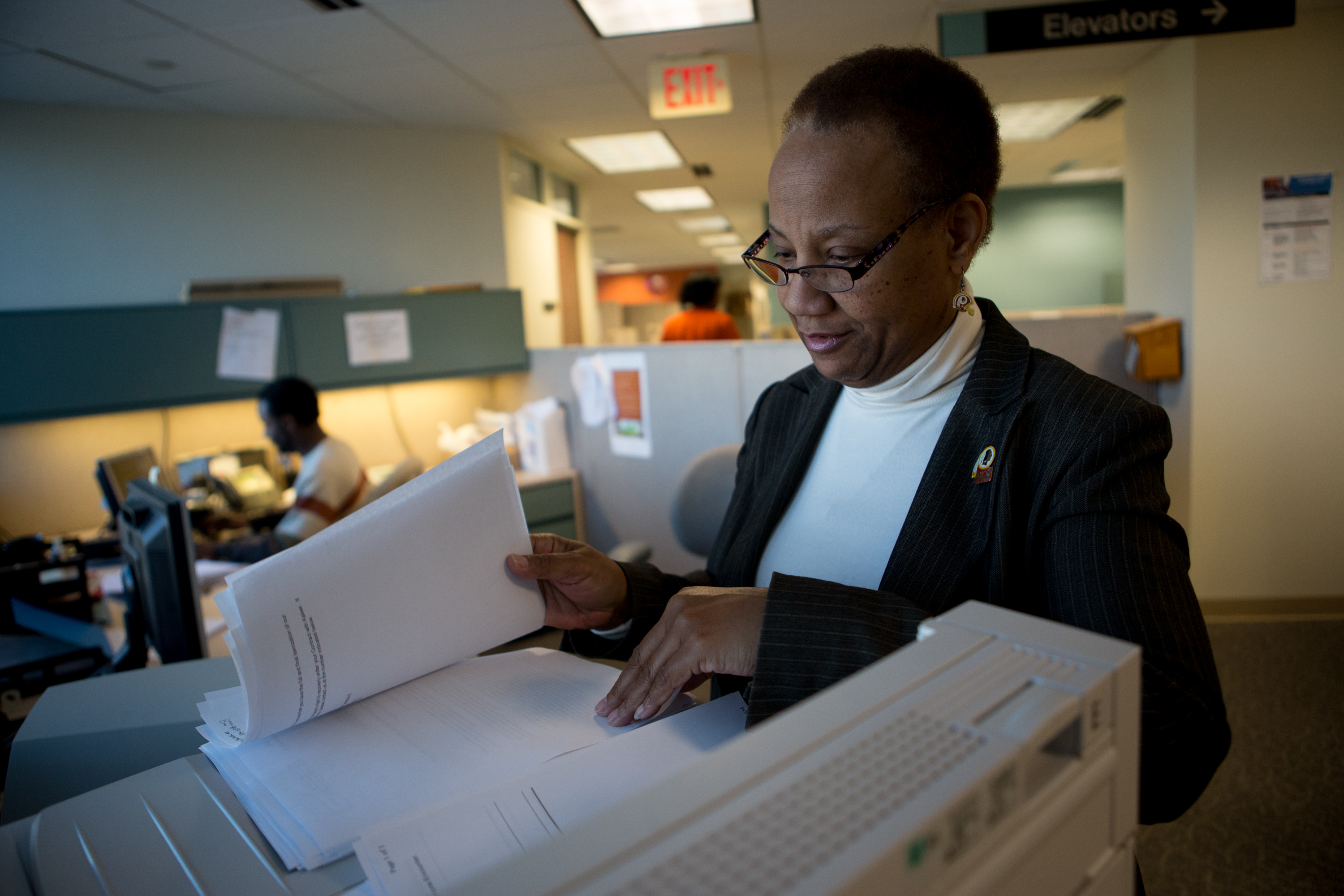 Do workers’ compensation funds and other third parties always pay their share of the cost of treating Kaiser Permanente patients? A patient billing team in the Mid-Atlantic States region tackled the thorny issue with a little sleuthing and a lot of collaboration.

"KP was losing money because there wasn’t a good process in place to adequately bill third parties," says Angela Dautt, workers’ compensation coordinator and the team’s management co-lead. “For the good of our members, we needed to look at this.”

The Patient Financial Services team—partnering with unit-based teams at the Falls Church Pharmacy in Virginia and Capitol Hill Internal Medicine in Washington, D.C.—created tests of change that led to:

When a KP member is hurt on the job or is injured in an accident, the needed medical care typically is covered by another insurance company; in such cases, Dautt’s team works to make sure Kaiser Permanente doesn’t take on the costs that should be billed to third parties. But when the team, which is based in regional headquarters in Rockville, Md., reviewed its 2011 files, it found it had sent out bills for just 212 cases.

The team also noticed that third-party disputes over prescription drugs associated with treating work-related injuries seemed to be growing.

These discoveries presented the team with two challenges:

The team decided to address these issues by reaching out to and working with internal medicine providers at Capitol Hill Medical Center and pharmacists at Falls Church.

Along the way, says Mae Littlejohn, who supervises Third Party Liability/Workers’ Compensation billing and is a management member of the team, pinpointed some critical gaps and addressed them, too.

For example, she says, “The pharmacy system did not speak to HealthConnect. Now we can link doctors’ orders with workers’ compensation and third-party liability cases.”

“Much of the information we needed to bill was getting lost,” says Tamara Teel, who is a third party liability identification representative, the team’s labor co-lead and member of OPEIU Local 2. So when the team met with the Capitol Hill and Falls Church UBTs, it helped providers understand the importance of coding all workplace injury treatments at every point during the visit. Pharmacists learned better ways to spot potential problems when filling prescriptions ultimately billed to third parties.

To help reduce the number of third-party prescription-related disputes, the team modified the workers' compensation cards that patients use when purchasing prescriptions related to their claims. The cards, which waive the usual co-pay, now feature a raised, tamper-proof seal, deterring the fraudulent purchase of narcotics or other drugs unrelated to a work injury. A new training manual helps pharmacy technicians recognize fake cards.

“At first we were afraid of how what we had to say might be received,” Teel says. But Littlejohn says the guidance was taken in the best spirit: “Now they understand the process from beginning to end.”

As a result of the team’s work, bills to third parties jumped to 1,981 through September 2012.

Dautt explains that eliminating fraud guarantees that our members’ co-pays are waived when they should be and that the responsible third party is billed. And lowering the cost of care per member helps keeps premiums down, especially for small groups that purchase Kaiser Permanente for their employees.

41 people found this helpful. Was it helpful to you? YesNo