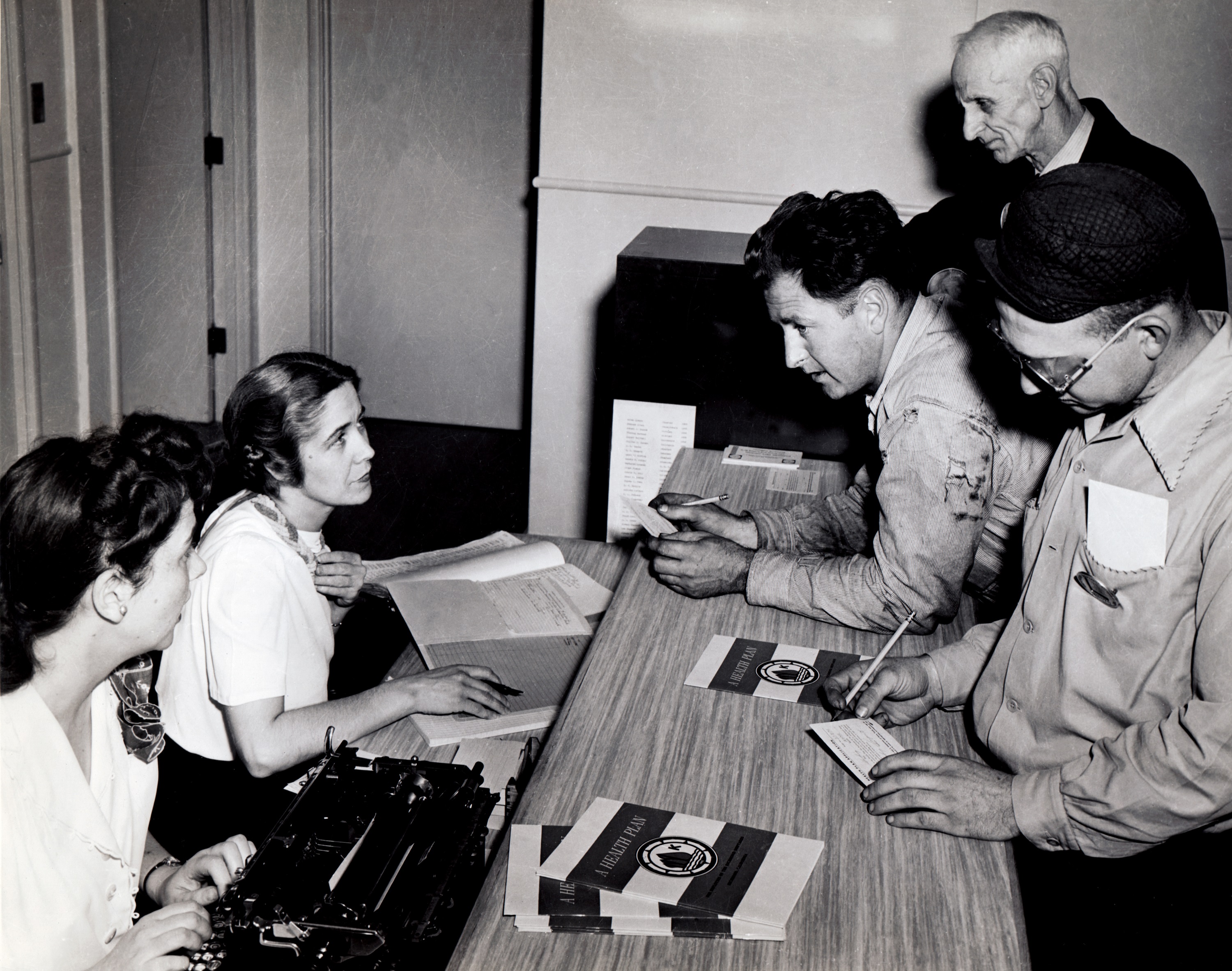 Before opening up to the public in 1945, our health plan served shipyard workers, such as these gentlemen signing up in Richmond in 1942.

“Henry J. Kaiser’s Permanente Foundation Hospital in Oakland, built to provide pre-paid medical care for 100,000 shipyard workers, has been opened to the public,” the San Francisco Chronicle announced on July 21, 1945—a momentous shift for a health plan that had been serving only employees and their families.

With World War II coming to an end, the plan’s future had been in doubt. Sidney Garfield, MD, the sole proprietor of the Permanente Foundation Health Plan, argued for its continuance, as did ex-Kaiser workers and their unions in the San Francisco Bay Area. Henry J. Kaiser, always open to bold moves, said: “Well, why shouldn’t we open the plan to the public and see if it works?” While other industrialists had adopted programs to improve their workers’ health, Kaiser was the first to embrace the public.

The plan came under attack—doctors in private practice called it “socialistic.” But support from key labor leaders made the difference that ensured the plan’s success.

Kaiser’s long history of supporting labor—an ethical and business decision he’d come to when handling huge government contract projects—became even stronger in his remaining years. In 1965, the AFL-CIO presented Kaiser with its Murray-Green Award, the first businessman to be so honored by organized labor.

Relations between Kaiser Permanente and labor unions have experienced ups and downs since then. But as the early history of unions at KP and the advent of the Labor Management Partnership in 1997 make clear, there is no health plan in the country with a richer and more positive relationship with working people and the organizations that represent them.

Read More From the Summer 2015 Hank

38 people found this helpful. Was it helpful to you? YesNo