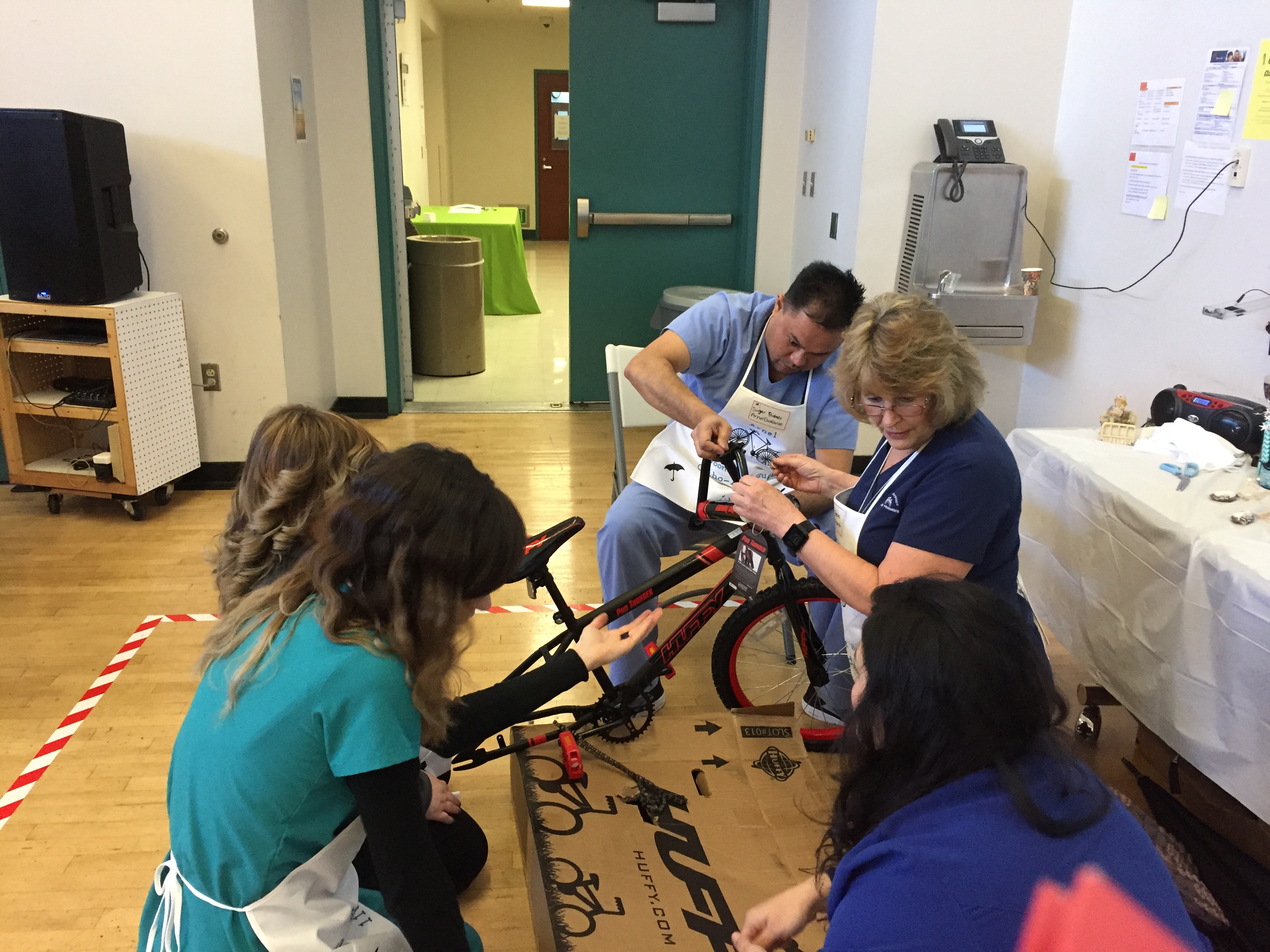 South Sacramento UBT members build bikes for kids in their community—and build their own team in the process.

Three new ways to get involved

Health care workers, their managers and physicians care for others every day. And it doesn’t stop at the doors of our facilities.

On Martin Luther King Day this past January, 5,600 Kaiser Permanente employee volunteers took a “day on” to refurbish schools, staff food kitchens and work in more than 150 other projects in the communities we serve.

More than 14,000 KP employees signed up for the Pound for Pound Challenge in the first three months of 2017. The program donated a pound of food to local food banks for every pound that participants lost in those months. The result: 72,893 pounds of food donated to our communities—enough to provide more than 60,000 meals.

Teams and regions have put their own stamp on this campaign. For example, Colorado organized a healthy competition for collective weight loss. Other regions reported dramatic, sustained changes in participants’ eating habits and fitness.

Unit-based teams across KP are conducting small tests of change—including social change—by going into the community to address hunger, poverty and other obstacles to total health. Team projects include:

Frontline engagement furthers the social mission of both Kaiser Permanente and the Coalition of Kaiser Permanente Unions, which is why the 2015 National Agreement provided for employees and their unions to work with KP to build strong and healthy communities.

“I was thankful to the team for participating,” says Fernando Gomez, a quality assurance specialist and SEIU-UHW member whose records scanning team participated in the Build a Bike program in South Sacramento. “It was fun and took a lot of teamwork.”

Adds Scan Center Supervisor Rozina Ali, “It was a very positive, moving reminder that we are here to help people. Afterward, a lot of us volunteered to do more.”

How to Get Involved

Here’s how you can get involved, make a difference and be recognized for it:

17 people found this helpful. Was it helpful to you? YesNo