Going for the Gold 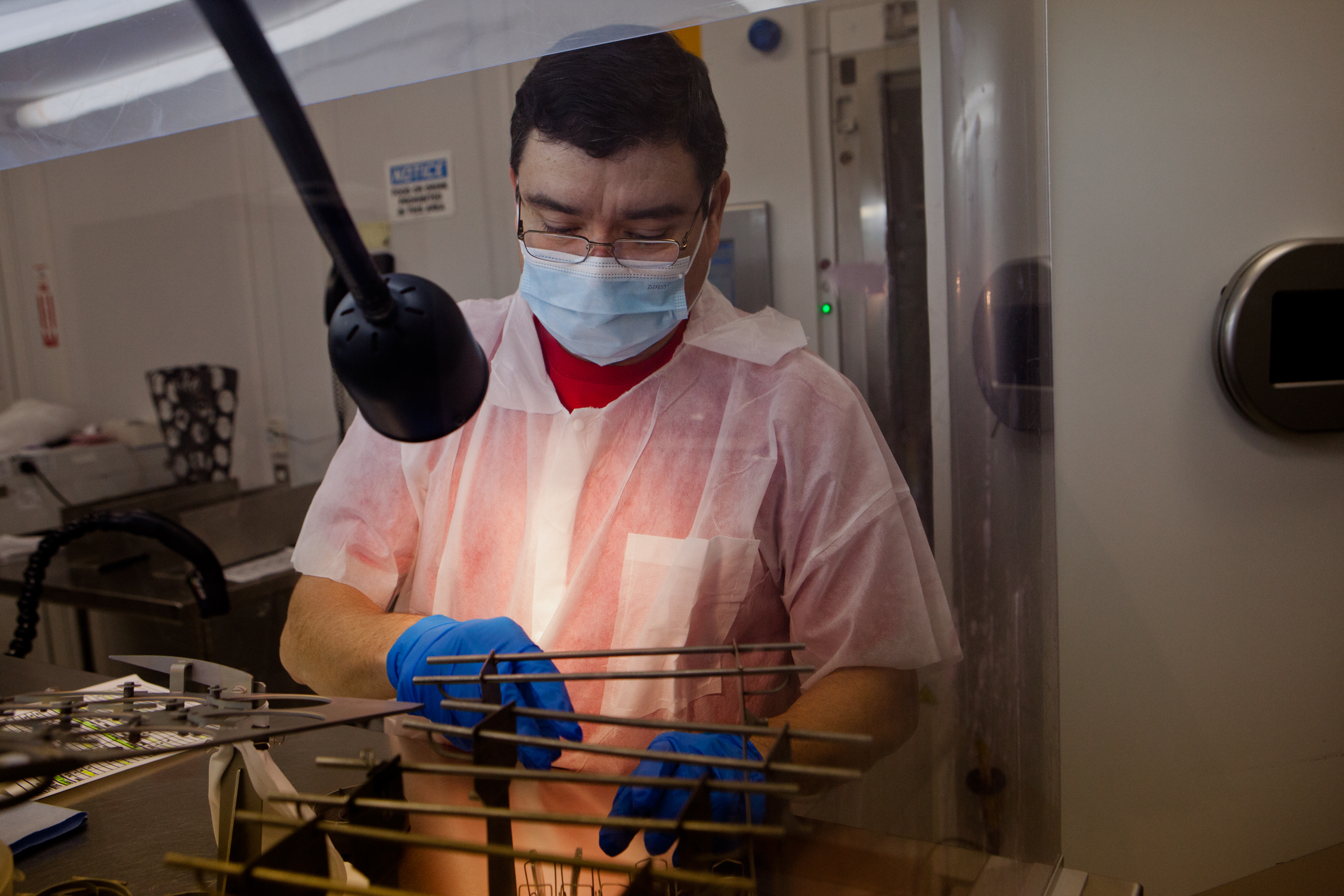 Have you ever broken your glasses just days before leaving for vacation? Or before your driving test? Or before a big, important meeting?

You’re not alone—for the frontline staff and managers at Kaiser Permanente’s Vision Essentials clinics throughout Southern California, encountering patients facing these situations is a regular occurrence. The problem was, they had no way to speed up orders for new glasses. Patients ended up unhappy. Some would simply take their prescription to a competitor who promised glasses in a day.

The Vision Essentials business council—the regionwide Labor Management Partnership governing body with representatives from five unions and managers from optometry, ophthalmology, retail clinics and the optical lab—decided something had to be done. Their solution? The express service program.

Piloted in the Fontana and San Diego medical center areas, it allows patients to get their glasses in three days instead of the usual seven for a small fee. The service is so successful, it will be rolled out to the entire region by the summer.

The keys to success were red Sharpies, gold spray paint and the tools provided by the Labor Management Partnership. The Value Compass—with the patient at the center—provided a key organizing principle.

Alex Mendez, labor co-chair of the lab’s unit-based team, says, “We knew our customers needed some sort of express service.”

But a lofty ideal about putting the patient at the center does not magically re-engineer a huge supply chain involving 42 retail clinics spread over hundreds of miles and a manufacturing plant that churns out 7,000 pairs of glasses every day, five days a week, from 5 a.m. to 10 p.m.

When some of the labor members of the business council broached the idea of an express service, they were met with skepticism.

It can’t be done

“There was a lot of, ‘We can’t do that’ and ‘It’s too expensive,’ ” says Mary Cavanaugh, an optometrist and labor representative. Cavanaugh is a member of the Kaiser Permanente Association of Southern California Optometrists (KPASCO), which is part of UNAC/UHCP.

“Everyone had different ideas about prices and parameters,” recalls Mendez, a member of SEIU UHW.

Should the promised turnaround be one day? Two? Three? How about charging an extra $10? That might attract too many requests. Maybe $50? The UBT recommended $50. Another idea to emerge from the brainstorming—shimmery gold spray paint on the trays containing the express order lenses, so they could be easily spotted in the lab and moved to the head of the line.

The Vision Essentials optical lab is quite literally on the wrong side of the railroad tracks in an industrial section north of downtown Los Angeles, sharing a service road with a strip club. Hefty pieces of plastic that look like clear hockey pucks begin their journey here. Brightly colored bar-coded bins, including the gold ones, carry the lenses-to-be along conveyer belts for their various stops. Four huge lazy susans hold the tools for smoothing and polishing. The grinding machine spews out big puffs of white shavings that look like fake snow. At the end of the process, optical technicians pop the lenses into frames. Then the glasses are off to the shipping department to head back to where their trip began—the clinic where a grateful patient will pick them up.

The frontline staff and managers at the Fontana Medical Center, where the first pilot was launched, were an integral part of planning and executing the express service initiative. After all, they were the ones who dealt directly with disappointed customers. The opticians there contributed another color coding trick: They annotated express orders with a red Sharpie.

“It’s like a hot potato,” says Nadia Arce, a receptionist and a member of Steelworkers 7600. Attractive tent cards on the receptionists’ desks announce the availability of express service.

Express service adds an extra step for the clinic-based staff, who now have to call the lab to ensure the materials needed for rush job lenses are available.

“We don’t want to promise something we can’t deliver,” says Mikhail Mgerian, an optician at Fontana and a member of Teamsters Local 166.

In addition to service, the initiative also addresses another point on the Value Compass: best place to work.

“I get to call the patients to tell them their glasses are ready,” says Fontana receptionist Nadia Arce, practically squealing with delight.

“We get to see the patients and reap the rewards of seeing them happy,” adds Basin, sounding a little bit sorry for her lab-based colleagues.

But there are other rewards to sustain that team.

“We are proud of this,” says lab supervisor Chris Leyva. “It’s an idea that came out of the LMP group. It’s doing what it is designed to do. And it’s fun.”

Trissy Basin, the business line manager, estimates there are about 150 express service clients out of 20,000 jobs a year; regionwide, the number of express jobs per year is expected to be 5,200. While the numbers aren’t huge, she says, “the process of doing an express job is significant.”

The process of creating the program in partnership also was significant.

“It is a lot better having the LMP,” says Chris Leyva, the management co-lead of the optical lab’s unit-based team, who has worked at Kaiser Permanente for 18 years. “There isn’t the banging of heads. The partnership smoothes our rapport.”

Adds his labor co-lead Mendez, “I feel comfortable giving my input and feel it gets taken into consideration.”

Danny Pollack, an optometrist and labor co-chair of the business council, says the union’s shared leadership role meant proponents of express service had a venue to keep pressing until the issue got taken up.

“It was perseverance, not pounding on the table,” says Pollack, a KPASCO member. “This project is a great example of how labor can initiate an idea and, with the support of management, roll out a new service that benefits our members.”

This project is a great example of how labor can initiate an idea and, with the support of management, roll out a new service that benefits our members.

Danny Pollack
Optometrist and labor co-chair of the business council

22 people found this helpful. Was it helpful to you? YesNo