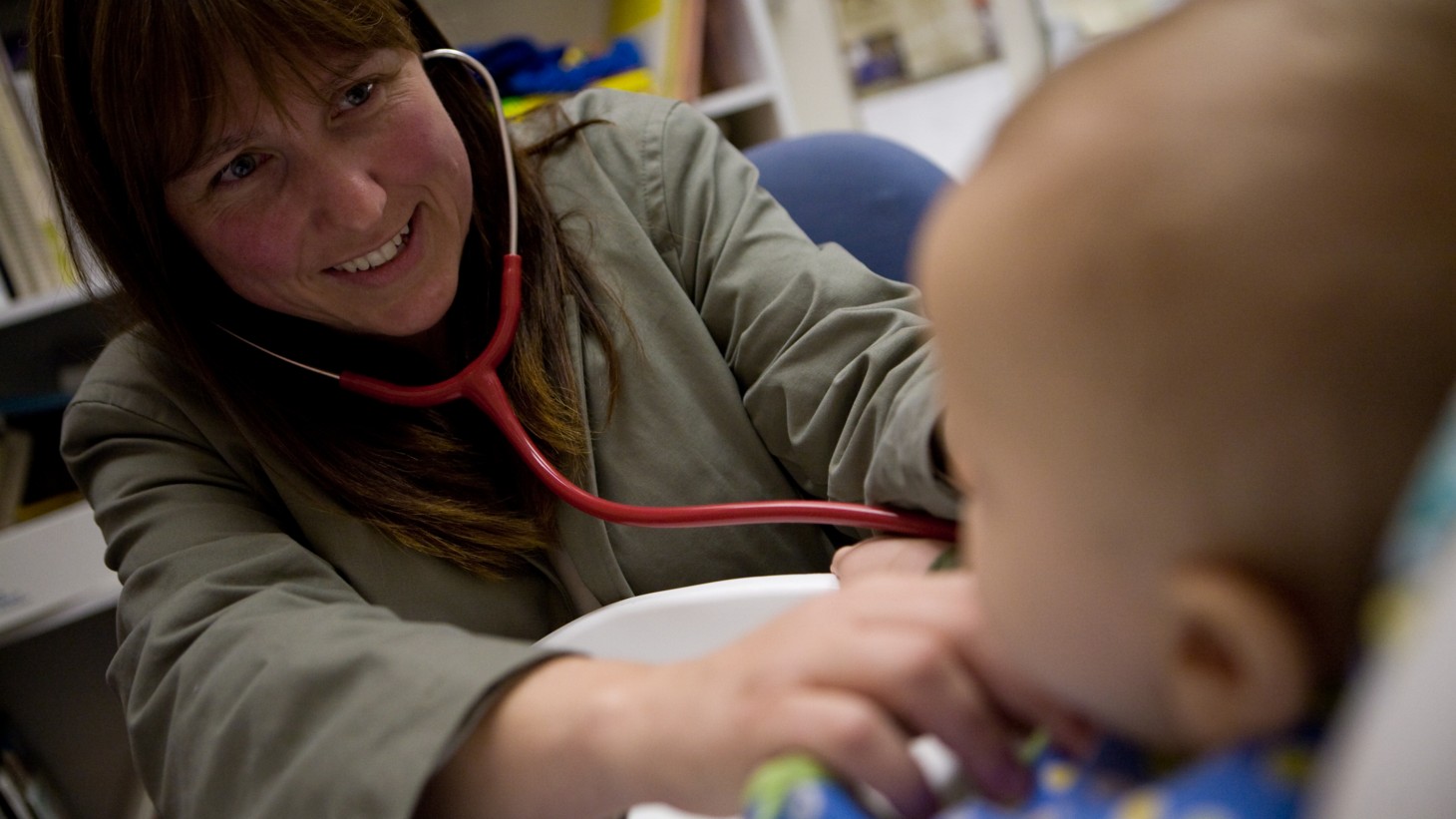 Union members such as speech pathologist Ute Kongsbak, an OFNHP member, work to improve quality and affordability in the Northwest region—work that builds Kaiser Permanente’s reputation and attracts members.

“I was almost devastated,” says Karen Cardosa, a grocery clerk in Albany, Oregon, “when UFCW told us they were no longer offering Kaiser Permanente as an insurance option.”

Cardosa and her family had been KP members for years through the union’s Local 555 Employers Health Trust. That changed in 2009 when a variety of issues resulted in KP losing the account, which covered many Local 555 members. The union continued to represent nearly 2,000 Kaiser Permanente pharmacy and radiology employees, who—as KP staff members—continued to have KP health care.

Today, it’s a new story. Thanks to a 36-month KP offering that was finalized in April, Kaiser Permanente is again an option for up to 15,000 UFCW members and dependents in the Northwest region who are covered by the health trust.

“Our work with LMP is probably some of the most important work done in Public Sector strategy in the last two years. Working with our union partners, we’ve been able to come to the table with customer solutions that meet everybody’s needs—including the unions that aren’t part of KP, who have tremendous influence in purchase decisions. We are unique in having a strong labor partnership in our own business, and we can speak that language.”

“When I was hired four years ago, my manager told me my Number One job was to get UFCW back,” Ehren Cline, a KP Sales and Account manager. Cline, including Jeston Black, the region’s senior labor liaison, and other colleagues partnered with Dan Clay, president of Local 555, to do just that.

Clay’s own union members pushed for the new commitment.

“I have not been to a union meeting in the last five years where someone didn’t ask, ‘When do we get to go back to Kaiser?’” Clay says.

But something else was also at play. Thanks to Labor Management Partnership, Kaiser Permanente enjoys a joint union-management approach to winning and keeping health plan members that is almost unheard elsewhere in this country.

Read on and learn how it all comes together.

How the LMP Growth Campaign Works Leaders of the local and international unions that belong to the Coalition of Kaiser Permanente unions take an active role in advocating for KP as the preferred health care provider when negotiating contracts or benefit programs with employers.

“We are big believers in Kaiser Permanente and its model of care,” says Steve Kreisberg, director of collective bargaining for AFSCME, whose affiliates include UNAC/UHCP in Southern California. “Our union members work at KP to provide great care and service, and they have a strong voice on the job through partnership. We have bargained to make Kaiser a part of the benefits offered in our non-KP contracts when feasible.”

Other outreach efforts, while building membership in less direct ways, have furthered KP and the unions’ shared social mission. For instance, SEIU Locals 49 and 503 in Oregon enrolled more than 2,300 eligible union members in KP through the state health care exchange and Medicaid. The union push accounted for a significant share of KP Northwest members so enrolled.

Such efforts are a unique benefit of partnership for KP, its unions and the public.

“Building new, productive relationships with our own unions as part of our sales and marketing efforts, in the marketplace, both enables Kaiser Permanente to grow and ensures more consumers have access to our world-class care,” says Wade Overgaard, the senior vice president of California Health Plan Operations.

Kaiser Permanente prides itself on its great staff, from clinicial to clerical to support. But the organization is only as good and as strong as its membership. And KP takes even greater pride in serving its members.

Here are some stories and tools to see how you and your team can help grow KP membership.

59 people found this helpful. Was it helpful to you? YesNo