Making Sense of the Path to Performance 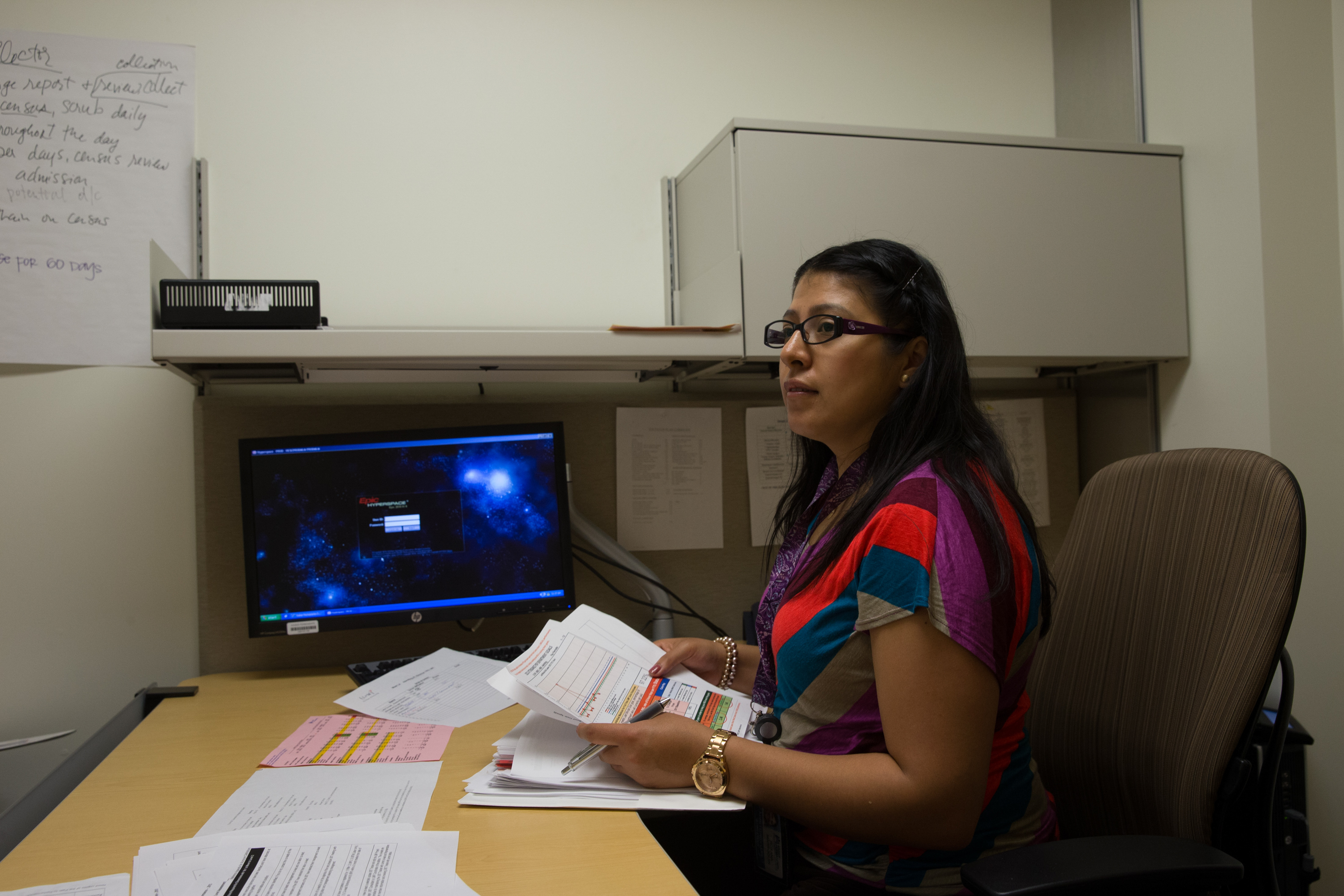 A couple of years ago, the Admitting team at the West Los Angeles Medical Center was stuck. Having chosen co-leads and members, the team was ready to talk about projects. The Path to Performance provided a great global vision of where it wanted to head—but, as a Level 1 team, what it really needed was a street-level view with turn-by-turn instructions.

“We were frustrated with what to do about moving up,” says Alice Santana, the department administrator of Admitting and Financial Counseling and the team’s management co-lead. Team members didn’t want to just start doing projects—they wanted to do projects and learn the skills that would help the team become high performing and be ranked as a Level 4 or 5 team.

About that same time, consultants assigned to support West L.A.’s unit-based teams developed a comprehensive checklist to give teams more detail on what was expected of them at each level of the seven Path to Performance dimensions. The checklist provides teams with specific action items that, once accomplished, boost them to the next level.

To be a Level 2 team, for example, the Path to Performance has a general requirement that team members have basic LMP training. The locally developed checklist, however, spelled out the exact  training Admitting team members needed: LMP Orientation, Unit-Based Team Member (for represented employees), Interest-Based Problem Solving, Consensus Decision Making and Rapid Improvement Model-Plus. If there was a training that couldn’t be checked off, the team had to develop an action plan with sponsors.

By continually working to meet the requirements for each dimension at each level and developing action plans when there were gaps, the team reached Level 5 in March of this year.

“It’s been very helpful because it’s challenged us,” Santana says of the checklist. “We may not always love what we see. It lets us know our strengths and weaknesses.”

Consultants across the program have helped develop other such checklists, taking the guidance of the National Agreement and explaining to local teams how to satisfy the Path to Performance standards given regional realities of staff, time and budget constraints.

“Everyone is trying to help teams make sense of the Path to Performance and develop accountability,” says Stacy Dietz, a regional operations UBT consultant in Southern California.

In assessing teams on the Path to Performance, regions are in a situation similar to that of the nation’s 50 states when Congress passes a law. The states have room to operate within the defined parameters: Interstate speed limits in heavily populated states such as New York, for example, are rarely above 65 miles per hour, while drivers are within federal limits clocking up to 80 miles per hour on the open byways of Texas or Utah.

With so many teams in so many different facilities, there’s bound to be variation in the assessments. But the varying details in the different checklists not only guide the teams but also their sponsors, who are ultimately the ones who remove the barriers and/or provide resources that teams need to advance.

At one point, the West Los Angeles Admitting team realized its members needed training in UBT Tracker—the web-based system where teams record their work—not only to help track a co-pay collection project but also to reach the next level, says labor co-lead Roxana Marroquin, a patient revenue financial counselor and SEIU UHW member. The team members reached out to their sponsors and UBT consultant to get a just-in-time training.

“Once the team realized the value of recording the data, we could clearly see the target we needed to hit. The tool provides a clear picture of what we need to do together as a team,” says Marroquin.

Concerns about too much variation remain—no one wants the performance of a Level 5 team in Southern California to be drastically different from one in Ohio. Additional clarity has come from LMP leaders, who have provided uniform criteria to ensure teams ranked at Levels 4 and 5 across the program are indeed delivering the highest quality and service to members and patients.

“Looking good and being good are totally different things,” says Paul Staley, the LMP vice president of operational initiatives and performance improvement. “We have to be careful that people are getting the real picture. If not, resources won’t come and be focused where they need to be.”

But it’s clear the very existence of the Path to Performance prompts discussions about what makes a high-performing team. And with consultants and sponsors continually referring to the fundamental Path to Performance standards, substance wins out over style.

In the Southern California region, teams are sending their annotated checklists to sponsors for feedback and validation. Teams at the Fontana and Ontario medical centers are using checklists as part of their UBT meetings, problem solving what they need to do to advance while everyone is in the room.

In Georgia, teams follow the assessment scale from the LMP Unit-Based Team Toolkit, a document that was a precursor to the Path to Performance. They are trusted to rank themselves and move up through the levels by providing clear information about what the team has done to meet each step, says Ian King, the region’s UBT program manager.

The Ohio region is planning to borrow Georgia’s model.

“It’s a true validation process,” says John Kolodny, the national coordinator in Ohio for the Coalition of Kaiser Permanente Unions. “They look at their projects, the quality of their meetings, their storyboards. It’s not just about reaching a number. You can say you’re a Level 5, but if the last time you had a project in UBT Tracker was 18 months ago, that doesn’t mean you are still a high-performing team.”

In Southern California, the teams at the West Los Angeles Medical Center soon will be getting an updated ranking tool that includes expectations from the 2012 National Agreement.

The team continues to take the assessment each month, making sure—now that it is Level 5—it is staying at the current level. The monthly session means the team spots barriers and identifies needs early. Maybe a new member hasn’t had training; the team will not miss that.

“We were all new to this,” Marroquin says. “We had to learn to talk to one another and work as a team.”