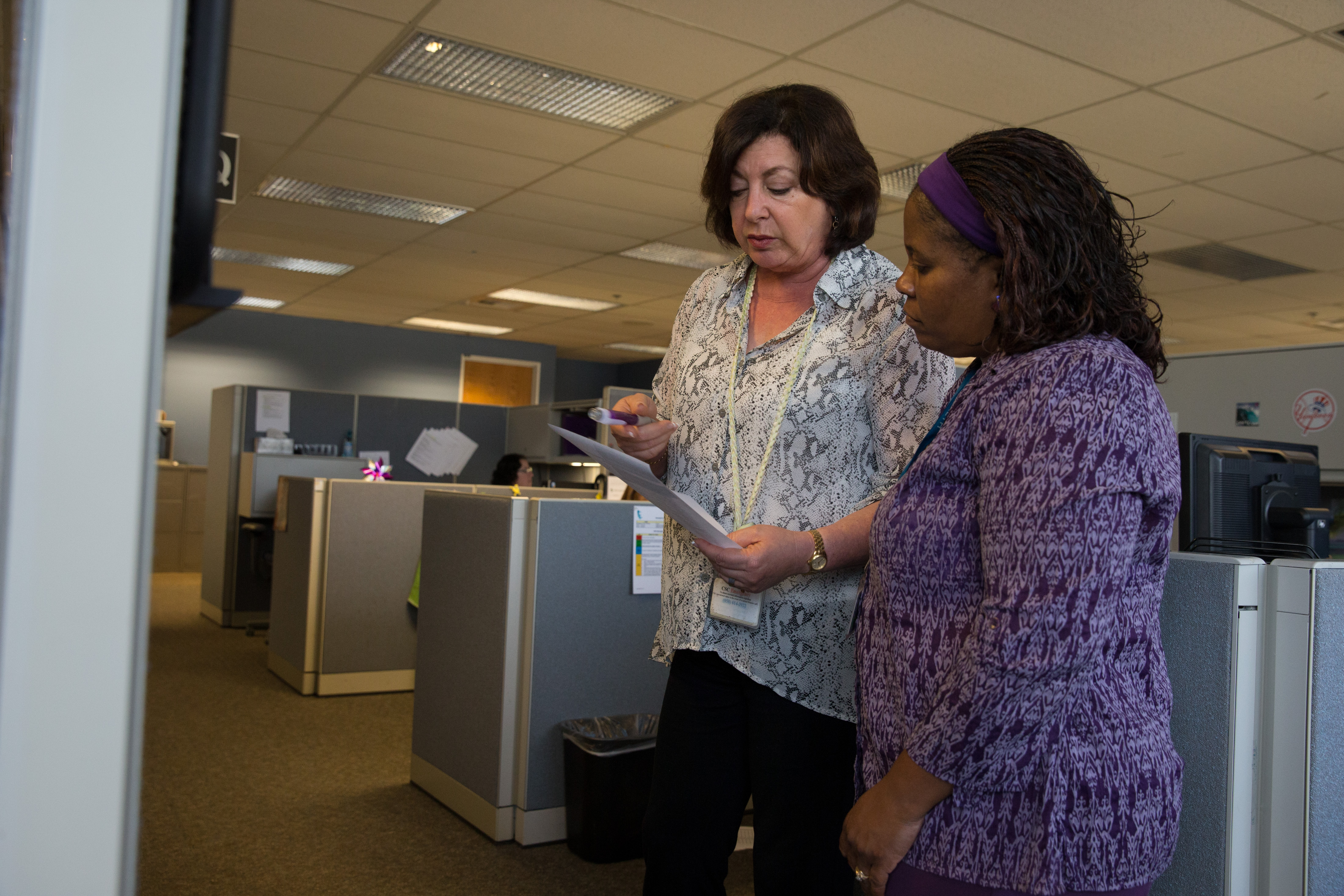 With changes this fall promising to bring more health care coverage to millions of Americans—and many more members to Kaiser Permanente—unit-based teams are helping to get member services in top shape.

Managing diseases, slashing wait times and cutting out the high cost of waste are naturally on the radar for caregivers’ UBTs. But operations teams also are working behind the scenes to make sure our services are seamless.

For instance, one team at the California Service Center in San Diego is working to make sure new members have a good “onboarding” experience. Its project aims to make sure that what an employer purchases for its employees is what those workers get when they show up at a medical center for the first time, ID cards in hand. No one wants a new member arriving at a Kaiser Permanente facility and being asked to fork out an unexpected copayment or, worse, being denied a service outright.

“This is the kind of solution that is—and should be—generated from the front line,” says Demetria Williams, a service center manager and the Contract team’s management co-lead.

Kaiser Permanente is unusual in that we provide both insurance coverage and health care, and so how administrative services are handled affect a member’s overall impression of the organization. The Contracts team enrolls employer groups, entering the details of the lengthy contracts—copay amounts, covered medicines, vision care allowances and so on—that will apply to every employee covered by that particular contract. That sets the stage for the individual employee’s enrollment with Kaiser Permanente. If it’s all done correctly, everything goes smoothly when the new member arrives at one of our facilities.

The job is tough. About 18 account administration representatives refer to the signed contracts they’ve received from Sales and Account managers as they enroll a new employer group—or update an existing one—so the employees will get the right services. The account administration representatives contact the sales people when they find inconsistencies—when, say, the plan that was selected doesn’t include vision coverage, even though the associated contract calls for it.

“We would pick up the phone, but we were not connecting,” Williams says. “We were speaking different languages. We didn’t know what they wanted; they didn’t see what we saw.”

Despite the meticulous work, the team faced a 65 percent discrepancy rate—entries that are likely to cause problems for members when they seek care. So the Contracts UBT used the plan, do, study, act steps to track where the data was misaligned and trace it to specific parts of the process—and team members decided on a small test of change, hosting a “Day in the Life of a Contract” with members of the Sales and Marketing team.

Part of the difficulty was that sales managers and service reps work on different computer systems, with no connection between them. The competing systems were a swamp of alphabet stew: CIDARS, LOB, PA. Since merging the two systems into one isn’t in the offing, staff members found a solution at the unit-based team level.

During two days of face-to-face meetings, the two sides cut through the sea of baffling acronyms and buzzwords and created a cheat sheet of common, acceptable codes.

Jeannie Athey, the Contract team’s union co-lead, an account administration representative for nine years and an OPEIU Local 30 member, said the UBT project was like a foreign student exchange. “We hadn’t seen their system before,” she says—and it was eye opening.

It’s too soon to have updated metrics, but Athey says anecdotal reports indicate the reps need fewer phone consults with sales managers and there has been less frustration between the two groups.

“Members can’t be enrolled until we’ve done our job of setting up the group contract,” says Sherri Saunders, the service center’s operations manager and the team’s sponsor. “If they’re not enrolled, they can’t get services. The contracts are legal documents. We have to get them right the first time, for our members.”