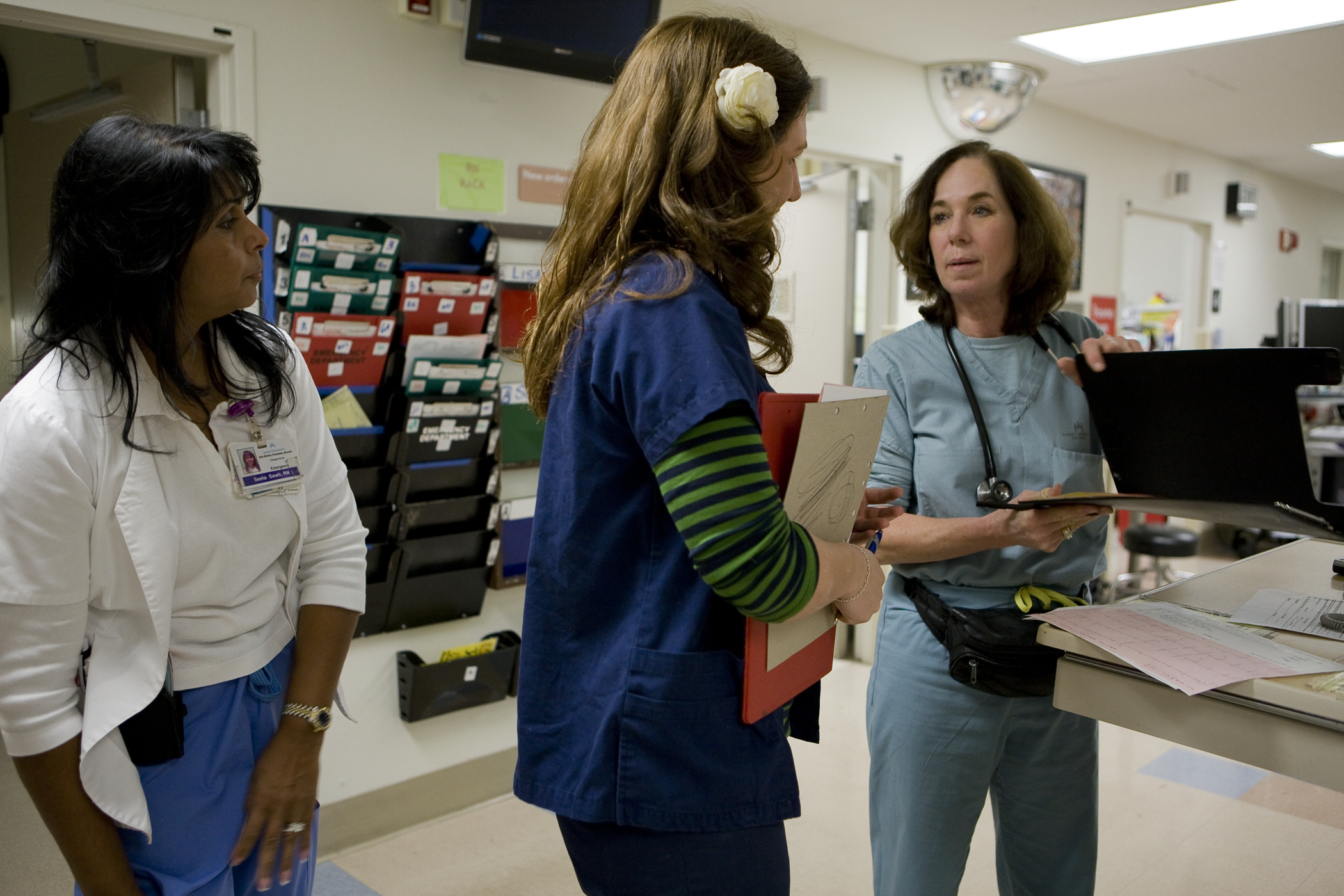 Teaming on the fly in KP's San Rafael Emergency department.

Teaming as the essential skill for innovation, learning

“Team” is a noun. “Teaming” is a verb, defined by the woman who coined it as teamwork on the fly, coordinating and collaborating across boundaries, without the luxury of stable team structures.

That woman, Harvard Business School Professor Amy Edmondson, talked to the 2012 Union Delegates Conference about why teaming is such a crucial skill, especially for those in health care settings where work is complex and unpredictable.

“In health care, many times people are interacting with each other in an emergency room, for instance, now, for five minutes, but they don’t know each other,” says Edmondson. “The catch is we have to act as if we trust each other…because we often don’t have the luxury of having a lot of time to get to know each other.”

A “team” is a static, stable entity. But, says Edmondson, “In health care, if we wait until we have the perfectly designed ‘team,’ the moment has passed. We have to get together quickly, do what needs to be done, and then disband and do other things.”

In the absence of long-term work relationships, Edmondson says allegiance to an organization with a compelling vision can be the glue that holds these teams-on-the-fly together. “There is the pride in working for KP,” for instance, she says. “That is a real bond.”

Looking at the performance improvement work of unit-based teams at Kaiser Permanente, the principles of teaming still apply. While not as fluid as an emergency room, UBTs still see plenty of flux. Just think about the manager that gets promoted or retires, or the labor co-lead who rotates out of that role. The team has to be able to keep focused on improving performance even as the cast of characters changes.

UBTs can be stable teams that do great work. They are a very powerful tool,” Edmondson says. “And yet, I also want people to be able to quickly get up to speed, do what needs to be done with other people in the absence of those stable structures.”

A UBT needs to be a scaffold that is strong enough to withstand the flux, says Edmondson.

“If there is clarity about what the structure looks like—independent of the people who are in that structure—you are better off,” says Edmondson, a point explored in research she’s conducted with Harvard colleague Melissa Valentine. “We won’t always have the same human beings in those roles, but the roles are reasonably static.”

In health care, if we wait until we have the perfectly designed ‘team,’ the moment has passed. We have to get together quickly, do what needs to be done, and then disband and do other things.

54 people found this helpful. Was it helpful to you? YesNo