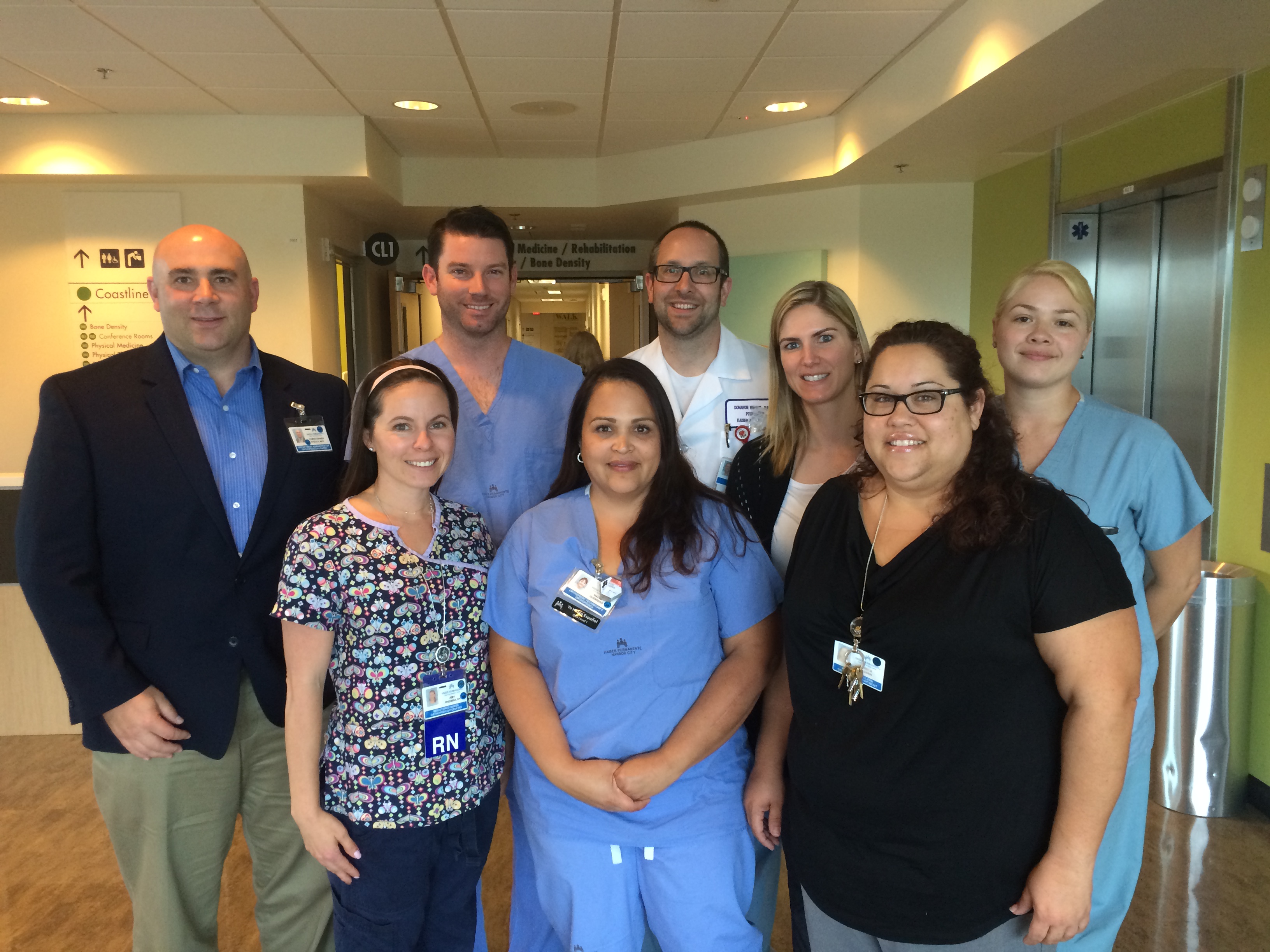 Like casts and splints, X-rays are a routine part of patient care in the Orthopedics department at South Bay Medical Center. Unfortunately, missed copays for those X-rays were becoming common as well.

“Patients will get their X-rays done at the end of the visit—and then walk out without realizing that they owe a copay,” says Christopher Kresch, department administrator for Orthopedics and the team’s management co-sponsor. At other times, patients will unexpectedly need X-rays during their visit, and because the orders are placed during the exam, the charges are not captured during check-in.

So the team borrowed a practice from the Los Angeles Medical Center and developed a check-in sheet that shows, at a glance, if a patient has an outstanding X-ray copay. The team also adjusted its workflow to ensure that a staff member walks the patient to the front desk to pay the fee by the end of the visit.

Here’s how the process works:

The receptionist gives the check-in sheet to each patient at the start of the visit. As patients travel through the clinic to receive care, the form goes with them, enabling staff to conduct “warm hand-offs” by writing notes to each other about the patient’s care. When a copay is owed, the last person to interact with the patient escorts him or her to the receptionist.

“It helped us in a lot of different ways, much more than we thought it would,” says Naomi Guerrero, an Orthopedic technician and SEIU-UHW member who is the team’s union co-lead. “Now we can’t live without it.”

After introducing the check-in sheet, the team saw almost immediate improvement in copay collection. In July 2014, missing copays—known as the total collected variance—totaled $2,166. Between August and November 2014, the total collected variance fell to just $533, a whopping 75 percent improvement. Those numbers are holding steady. The department is averaging a 50 percent increase in copay collections through third quarter 2015.

Before adopting the check-in sheet, the team sought input from a group of staff members and physicians in the department. Incorporating their voices gave them ownership of the project and enabled the team to create a check-in sheet that worked for everyone. For example, physicians rejected an early draft featuring a detailed checklist in favor of blank space to write their orders. And receptionists vetoed an early color-coding system as “too confusing.”

“We learned a lot as we went through our tests of change,” says Guerrero. “We learned there are changes that don’t work out.”

“The medical assistants were resistant because they saw the check-in sheet as an extra step,” says UBT representative Zackry Ellis, a physician assistant and member of UNAC/UHCP.

Some providers also were hesitant to use the form, preferring to speak with staff. That’s when the team turned to Anthony Leone, MD, the department’s physician chief, for help.

“He helped us sway others to try it out,” Guerrero says.

Once staff members understood the benefits of the check-in sheet—enhanced copay collection, improved workflow and better patient care—they all began to use it consistently.

Patients are reaping the benefits of the new form, too.

“Because of the check-in sheet, we’re communicating more with our members,” says UBT representative Esmeralda Montes, a lead medical assistant and SEIU-UHW member. “They feel happy and cared for, and that’s our ultimate goal.”

How to Increase Copay Collection