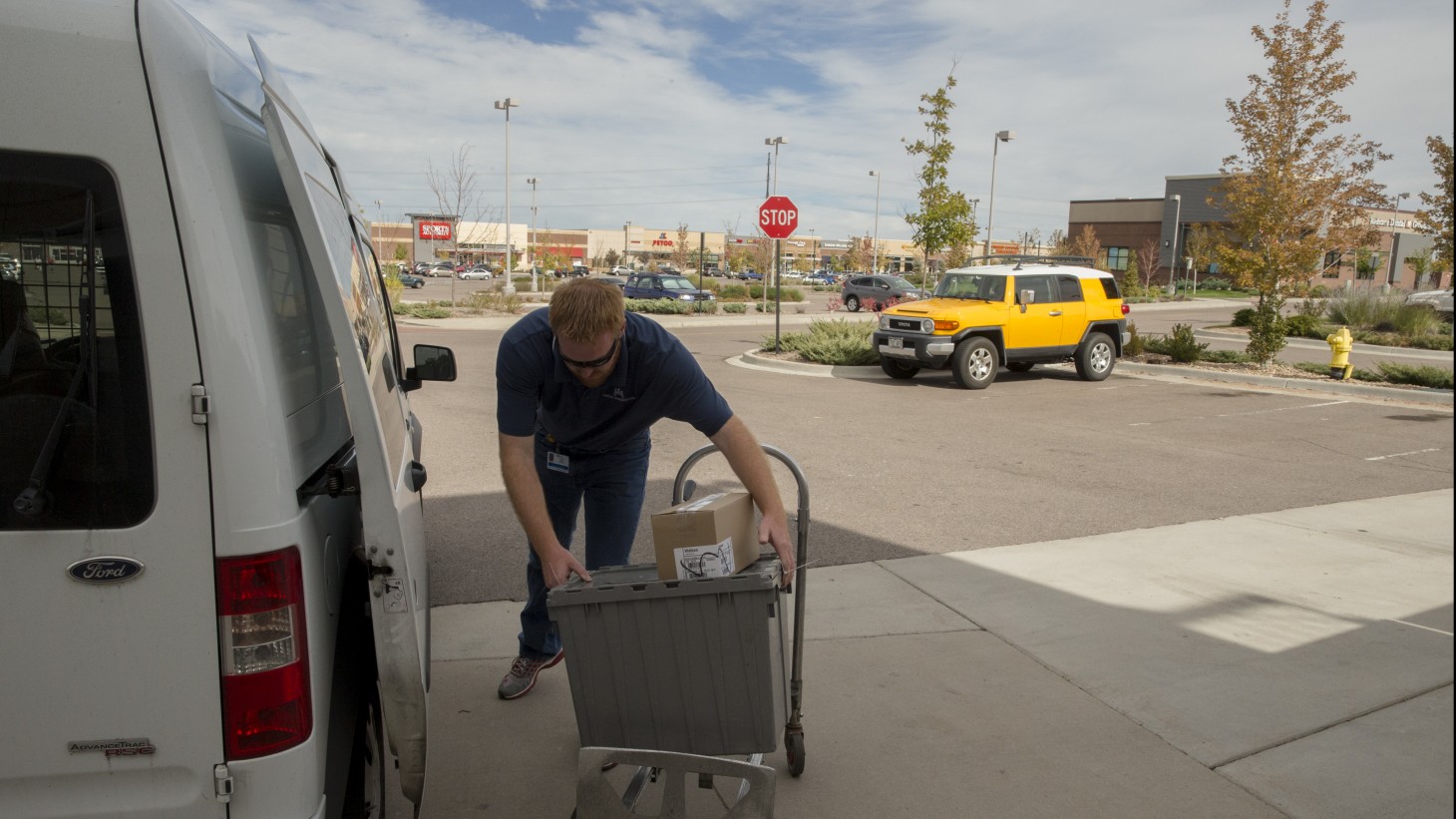 A driver helps get vans loaded for the daily runs.

The Transportation department in the Northwest is coming out of a tumultuous time. A lack of trust between managers and employees created a barrier that affected morale—and made it difficult to focus on improving routes and processes.

The department uses a robust but complex process for optimizing its routes. For maximum efficiency, it has to integrate a variety of work streams and figure out where there are redundancies that can be eliminated. Because of the complexity of the process, however, it had been more than 15 years since the criteria and requirements for the transportation system from the customer’s point of view had been reviewed.

Eventually, the UBT worked out a thorough route-modernization plan based on data-driven service requirements and metrics that established parameters on how to revise and design its routes.

But before it got there, it had to fix its communication, which broke down so badly the team entered into an issue resolution. In the Northwest, the LMP Education and Training department is responsible for facilitating issue resolutions.

“There was a lot of tension in the department, and people were nervous about losing their jobs as a result of our work around revamping routes. Poor communication was a problem,” says Greg Hardy, sponsor and manager of the department.

The issue resolution process uses interest-based problem solving, and that helped the team focus on a common goal: Serving its customers was the top priority and improving communication was a necessity. From there, other agreements came more easily, and the department was able to maintain staffing levels and improve processes as a result of its efforts.

As a result of the improved communication, the team was able to improve service levels and achieve the efficiency and cost savings it had strived for.

“We have a group of dedicated workers who want things done the right way,” says logistics supervisor Chris Dirksen, the team’s management co-lead.

When it came to improving communication, the team members’ first step was to get a baseline measurement of what they were trying to improve. They created a survey that would measure not only communication but also morale and UBT effectiveness. Once they had that information, they created a SMART goal: to improve employee perception of communication, morale and UBT effectiveness by 15 percent within three months, raising the overall survey score from 2.55 to 2.93 by February 2014.

As the team began to investigate the issues, it discovered email was not a good form of communication. Fewer than 20 percent of the team members knew how to log on and use Lotus Notes. The team brainstormed ways get employees to use Lotus Notes email and frontline staffers began to instruct and coach one another.

Three months later, the team sent the survey out again and found it had met its goal. Perception of communication improved 48 percent, morale improved by 56 percent and UBT effectiveness improved by 21 percent. The team scored 3.4 on its survey, exceeding its stretch goal of 2.93, and anecdotal reports are that the communication success is continuing now that the team has successfully completely the issue resolution.

These figures provide quick insight into some of the challenges the Transportation department faces.

Team members use several means now for communicating with one another, including email. A communication board has been set up in the department’s headquarters, near dispatch, that includes information about the projects the team is working on, notes from UBT meetings and a copy of the department’s weekly e-newsletter, “Heads Up.”

In addition, the team has gone from a representative UBT to a general membership UBT and now has regularly scheduled meetings throughout the region, so that all employees are able to participate. “This has been our biggest success to share information,” says UBT union co-lead Nickolas Platt, a courier driver and member of SEIU Local 49.

“It’s cool to watch from meeting to meeting how more people show up each time,” Hardy says. “The engagement of the team has increased as we began to see improvement, and people could see change.”

There was a lot of tension in the department, and people were nervous about losing their jobs as a result of our work around revamping routes. Poor communication was a problem.

Greg Hardy
UBT Sponsor
22 people found this helpful. Was it helpful to you? YesNo