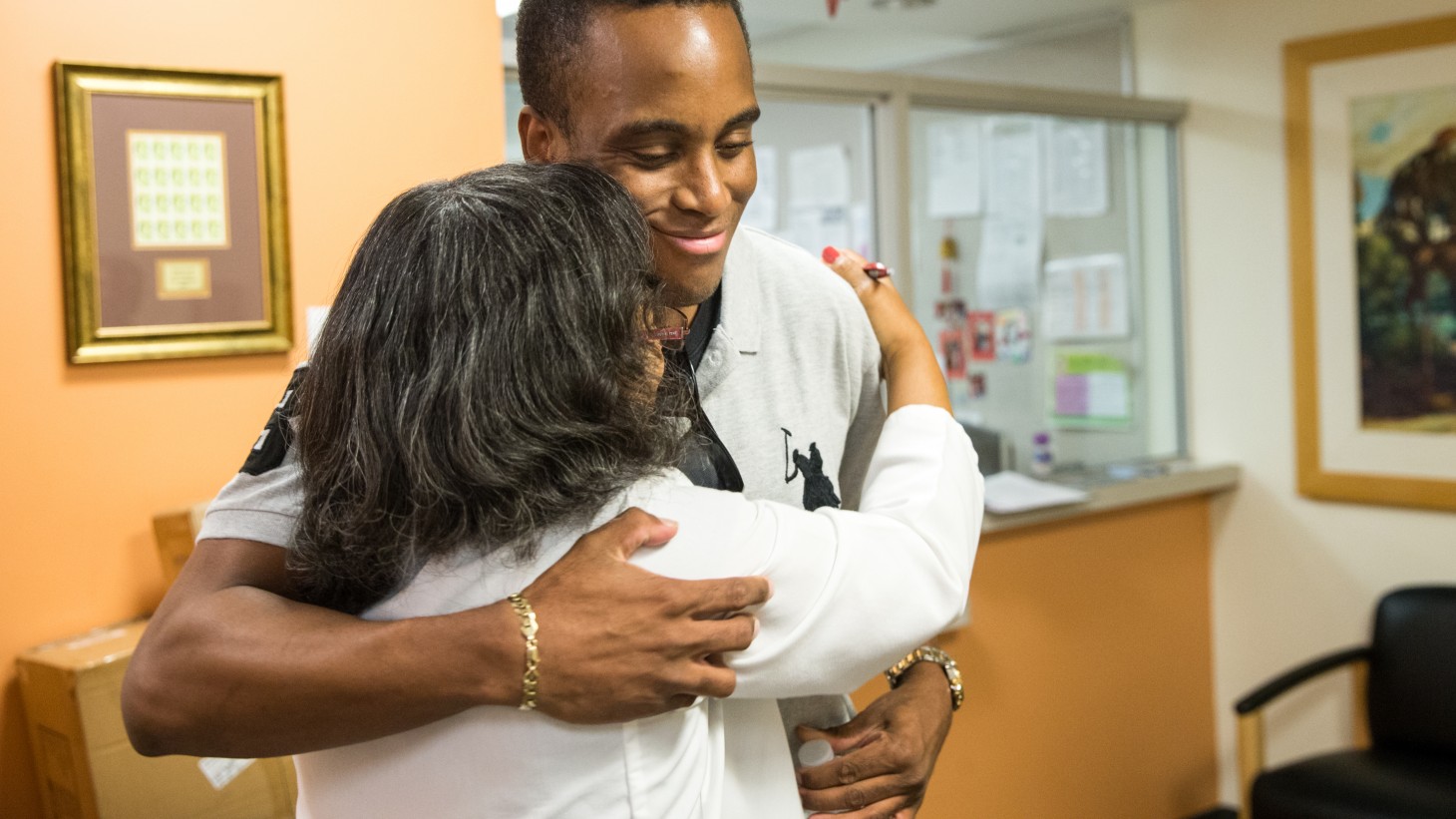 Brandon Johnson was close to giving up on his dream of becoming an X-ray technician.

Born with sickle cell disease, a genetic blood disorder that primarily affects African-Americans, the 35-year-old Southern California man was forced to drop out of school for semesters at a time.

But thanks to the sickle cell care team at the Inglewood Medical Offices, Johnson is now on medication that reduces complications. Last fall, he was able to complete his studies, and he has started looking for a radiology job.

“They got me on a plan to keep me out of the hospital,” says Johnson, who drives 60 miles one way from his Riverside home to see his doctor in Inglewood, even though other providers are closer. “If I didn’t have my health, I wouldn’t be where I am today.”

Johnson’s success is not uncommon for the Level 5 unit-based team, a group of physicians, managers and employees that provides personalized care for nearly 500 sickle cell patients in Southern California. About 300 of the region’s adult patients are treated directly by the team. Its approach is working—only five of the 300 needed frequent hospitalization and emergency care in the past year.

“Our goal is to keep sickle cell patients out of the hospital by giving them the care they need,” says Pippa Stewart, Inglewood’s department administrator.

Nationwide, about 70,000 people have sickle cell disease, which can cause chronic anemia, acute pain, infections and stroke. Although most are African-American, the disease also affects people of Indian, Middle Eastern, Hispanic and Mediterranean heritage. Patients often get stigmatized as drug addicts when they ask for narcotics to deal with their pain.

The current UBT grew out of a team that was established in 1999; before that, there was no comprehensive treatment program for KP’s sickle cell patients.

“Ninety percent of patients were getting their primary care in the emergency room,” says Shirley Brown, RN, a UNAC/UHCP member and the team’s care manager. Patients saw as many as 17 doctors as they went from appointment to appointment.

Now, the 12-member UBT—which includes four physicians, two registered nurses, a physician assistant, a pharmacist and a social worker—helps patients control symptoms by offering pain management care, providing resources such as a case manager, and urging them to keep appointments, which help minimize visits to the emergency room and hospital.

Team members coordinate with and help train the KP providers who care for the region’s remaining 200 patients. Last fall, Brown helped lead a session for 70 registered nurses from around the region. Osbourne Blake, MD, an internist and the team’s lead physician, provides regular updates to fellow physicians. “We’re trying to get everyone on the same page,” says Dr. Blake. A recent test of change focused on reducing the number of patients who miss appointments. For three months, Brown and a co-worker called patients every day to remind them about upcoming visits. The calls helped. The team’s “no-show appointment” rate dropped from 20 percent in May 2015 to 14 percent in August 2015.

If you think there are health disparities related to race, gender or other factors affecting your department’s patients, here are some things your team can do:

“They all know you personally,” says Ryan Hull, a 27-year-old TV production assistant and film student. A few short years ago, he suffered frequent crises that required immediate medical attention. After he and his physician co-created a pain management program, his health improved dramatically.

“They did everything they could to find out what regimen works for me,” Hull says of staff members, who greet him by first name and offer walk-in appointments to accommodate his sometimes unpredictable schedule. “They figured out the perfect way to treat me.”

They got me on a plan to keep me out of the hospital. If I didn’t have my health, I wouldn’t be where I am today.

Brandon Johnson
KP member and patient
99 people found this helpful. Was it helpful to you? YesNo