A Dose of Fun 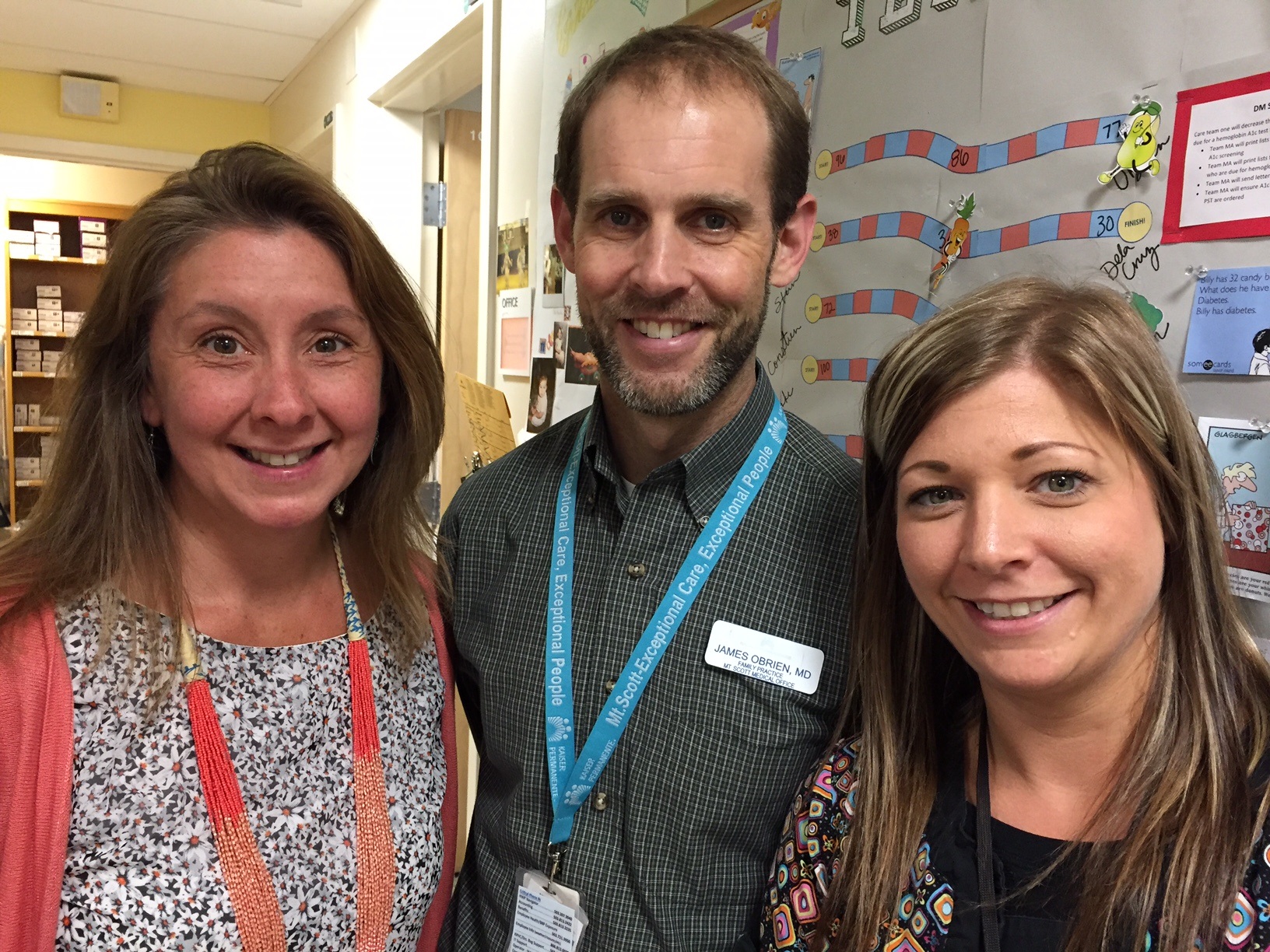 Co-leads use laughter to help their team—and themselves

When Terri Imbach, Family Practice manager at Mt. Scott Medical Office in the Northwest region, and labor co-lead Christina English, a licensed practical nurse and a member of SEIU Local 49, began to work together as UBT co-leads several years ago, they knew they needed to shake things up with the department’s unit-based team.

The co-leads’ first move was to go to UBT training classes together. That experience gave them an idea for their next move—which was to shake things up between the two of them by stepping away from work and getting to know each other outside the office.

“Getting out of the work environment is a good way to get away from the stress of the department,” explains English. This mindset set the tone for how they would operate together and helped them sustain a good relationship over time.

The co-leads also adopted “fun” as part of their regular UBT agenda, and meetings now are attended by nearly 100 percent of the staff.

“We think of fun ways to get to know each other in and out of the office, and we work to include fun elements in all of our meetings,” Imbach says. During the holidays, team members played relay games at their UBT meeting, and they participated in a fundraiser for a local youth organization that included playing basketball on donkeys.

The creative energy of the co-leads has helped engage all 40 members of the Level 5 team, who are juggling more than a dozen quality projects.

“Team members step up to take on projects now,” English says, “and there are friendly competitions to meet our goals.”

Your team is tight. You plan, do, study and act with one hand tied behind your back. But sustaining success can be a challenge even for the best of teams. Keep your UBT going strong with these proven tools.

13 people found this helpful. Was it helpful to you? YesNo