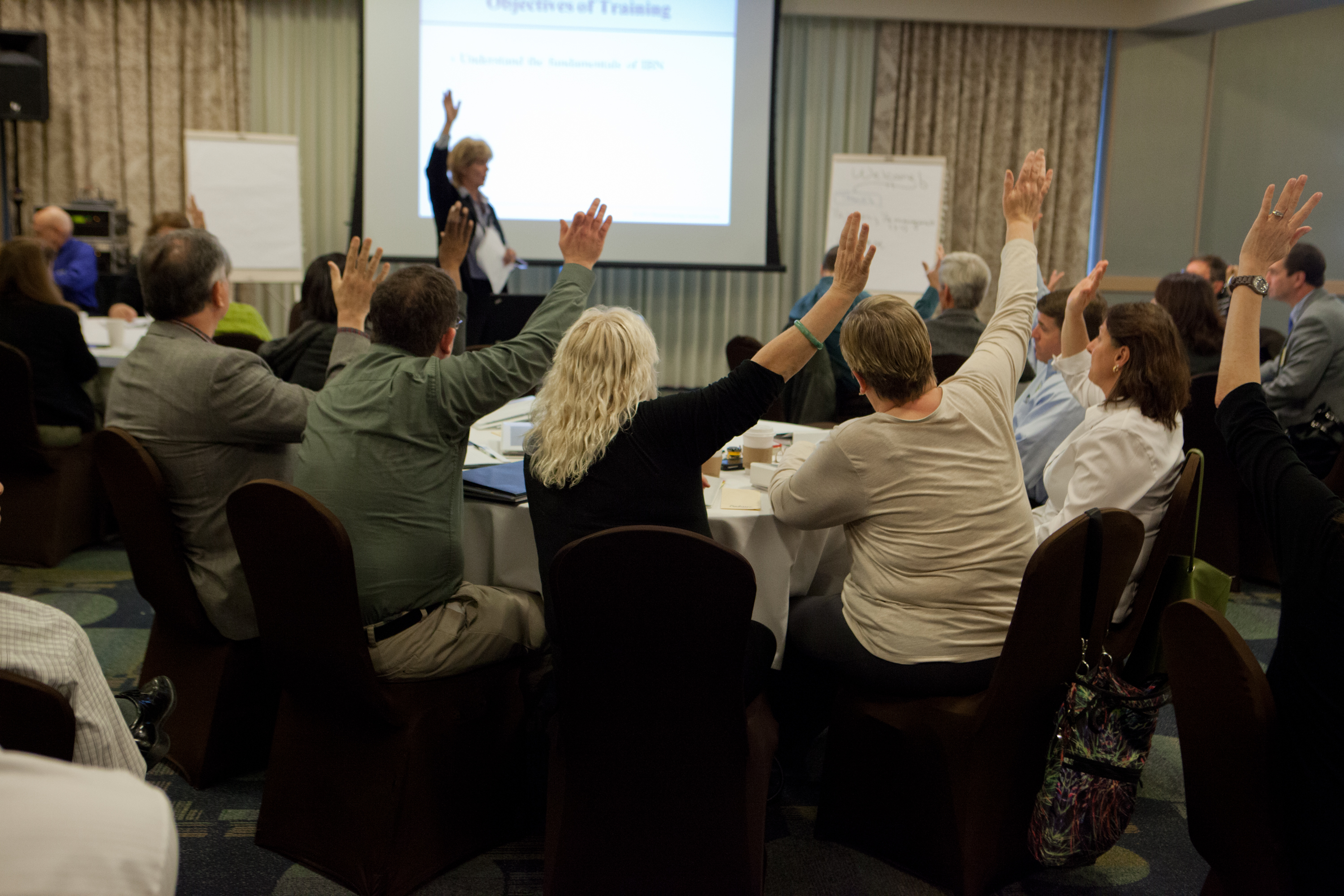 Each day, more than 3,500 unit-based teams use interest-based problem solving and consensus decision making to improve performance and resolve issues throughout Kaiser Permanente. Those same techniques guide negotiations for the National Agreement.

The interest-based process differs from traditional bargaining in several ways. The first major difference can be seen in the room, says Dawn Bading, vice president of human resources for the Georgia region.

“The way we physically sit is different,” she says. “In traditional bargaining, labor sits on one side and management sits on the other. With interest-based bargaining, we sit at a U-shaped table and we are interspersed together. Beside me may be a union rep and on the other side may be someone from management. This physically represents the interweaving of thoughts and ideas.”

“In regular bargaining, you start apart and try to come together,” says Stone, who has participated in bargaining the last two National Agreements. “Here, we start together and try to stay together.”

Part of the power of interest-based bargaining is that in the early stages, the parties aren’t staking out possible solutions.

Walter Allen, executive director and CFO of OPEIU Local 30, says that in traditional bargaining, sides may start off with extreme positions to better their chances of getting what they actually want in the negotiations. “I’ve heard some unbelievable proposals, such as having Groundhog Day off,” Allen says. “Because we don’t do proposals (positions)—we do interests—you don’t get that here. You have to say why this is an interest. How can you argue seriously for Groundhog Day off? No one wants to defend a stupid proposal. Interest-based bargaining eliminates a lot of nonsense.”

This step also helps each side see how much they have in common before moving on to develop options and reach consensus.

“At times it was tedious,” says Angela Young, a unit assistant at Roseville Medical Center. An SEIU-UHW member, Young was a 2010 and 2012 member of the Common Issues Committee and is headed to bargaining again in 2015. “But it keeps the conversation going, and got us where we needed to be. That’s a good thing.”

30 people found this helpful. Was it helpful to you? YesNo