From Frenzied to Focused 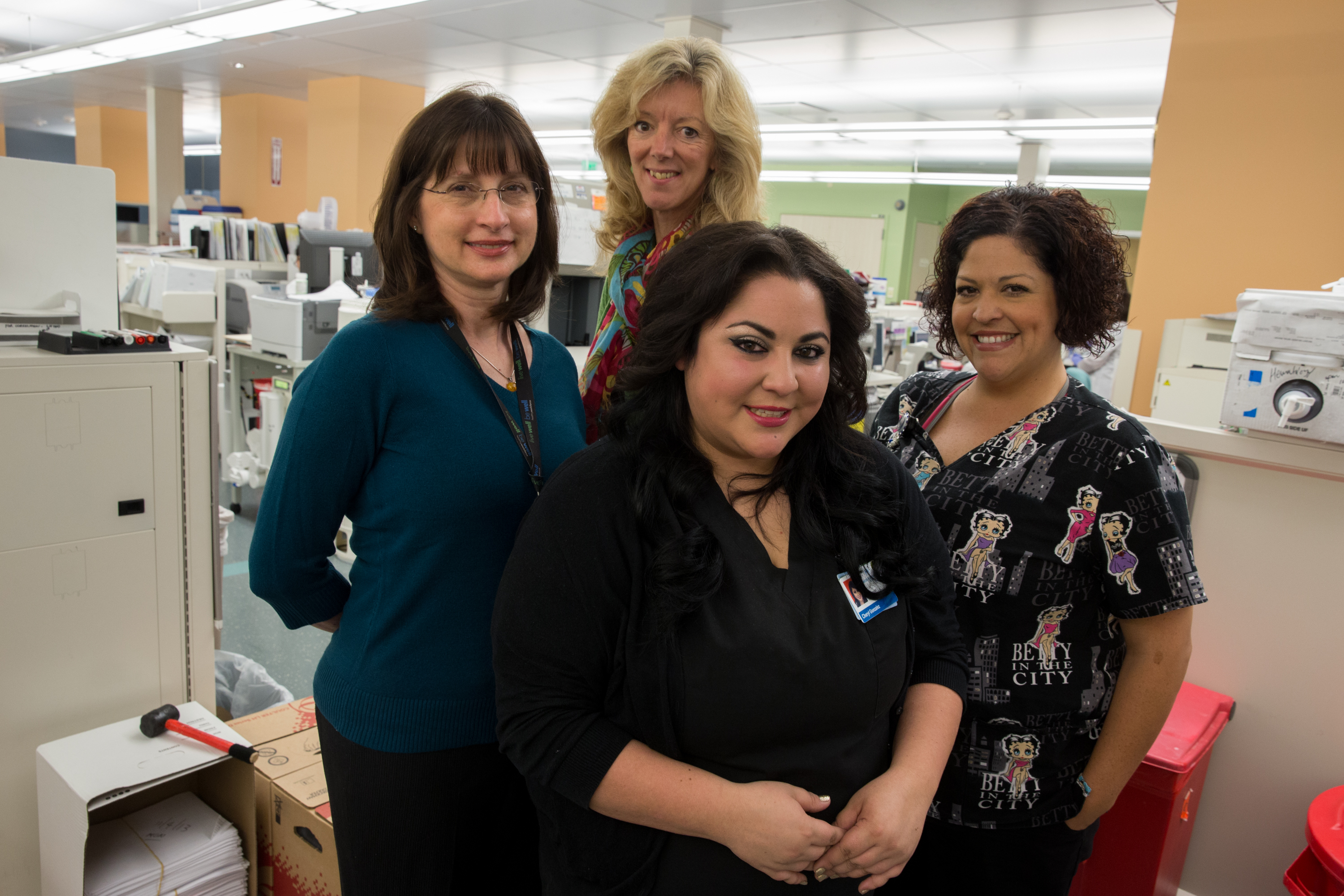 Teams are juggling constantly, trying to meet their own objectives, move forward on initiatives related to facility, regional and national goals, and comply with regulatory requirements—all in a competitive economic environment.

When the curve ball comes sliding in, it can be one thing too many, derailing a strong team or keeping a struggling team at ground level. So a host of unit-based team supporters are turning their attention to strategies to help unit-based teams prioritize competing demands—from personalized mentoring to intensive workshops for co-leads.

“I see my role as taking away the noise and the chaos…to help them figure out, ‘Realistically, how many things can we work on at once?’” says Denise Johnson, San Jose Medical Center continuum of care administrator and a UBT sponsor. “I have to help them not be crazy, because we don’t want a lot of projects that don’t make a difference.”

Every year, labor and management sponsors at the San Jose Medical Center sit down with their UBT co-leads to develop an operating plan. The plan flows from Kaiser Permanente’s organizational goals as well as from regional goals, facility priorities, and the needs of the department. Each sit-down includes the service area’s UBT consultant and its union partnership representative. Projects emerge naturally from that plan, with teams turning to the Value Compass and a tool called a PICK chart to fine-tune their priorities.

“They have to figure out what’s in their sphere of influence,” says Eric Abbott, the area’s union partnership representative. “What are the things they can change, and of those things, how much time do they have?”

When Johnson became sponsor of one San Jose team, it was immediately clear to her the UBT had too much on its plate. She worked with the team to winnow eight projects down to two.

“In my experience, people get bogged down with the to-do list and sometimes don’t stop and think about what’s really on that list and what effort does it serve,” she says. “They thought I was crazy. They came from a mentality where ‘more is better.’”

Strategy #2: Urgency can be a tool

Two years ago, San Diego’s interventional anesthesia unit-based team was humming along in its performance improvement work when it got hit with the news that co-pays for patients who suffer from chronic pain would be increasing sharply.

The 14-member team responded with a new service project, a multiphase communication plan to help members understand the new co-pay and their options. And then the next wave broke: The team learned it had a matter of days to move into a new specialty services building. It suspended the co-pay project to plan for and complete the move.

One key performance improvement tool—a process map—proved instrumental. The team created a detailed map that laid out every piece of work that needed to be done in preparation for the transition, from changing procedures to adapting to a new phone system to altering workflows based on the new floor plan.

“They simply became a single-issue team,” says their UBT consultant, Sylvia Wallace, of the 2011 move.

The comprehensive plan helped the unit’s service scores hold steady through the transition—and then increase at the new facility. The moving plan became a template for other departments, which are still moving into the Garfield Specialty Center.

“Everyone participated. All types of ideas were solicited and implemented,” says Grace Francisco, the assistant department administrator and the management co-lead at the time. “Everyone has a role and accountability for each step.”

Put your strategies in motion with these handy resources.

Teams stand a better chance of weathering competing demands when they have a solid understanding of partnership principles and processes as well as performance improvement tools and methods.

In Colorado, the UBT consultants used LMP Innovation grant funds to host a two-day workshop centered on two regional priorities. Co-lead pairs from throughout the region learned how best to serve new members and improve the affordability of KP care by reducing waste and inefficient practices. They walked away with a variety of team improvement tools and resources.

“We are trying to set the teams up to be successful by giving them the time to focus on topics that could have a huge impact in the region in the next few years,” says Linda Focht, a UBT consultant and UFCW Local 7 member.

In San Diego, regular UBT summits bring co-leads together for intensive sessions on given topics. Service area and local union leaders play a major role in structuring the agenda, so the team development matches up with high-level strategy. The joint planning creates a full picture, one that resonates better at the front line and sets up teams to work on projects that make a difference to KP’s reputation.

“Leaders see a lot more than what we see,” says Jenny Button, director of Business Strategy and Performance Improvement in San Diego. “Leaders see what is going on with the competition. They see across all of the different metrics we are working toward. They see at a broad level where our biggest gaps are.”

At San Jose Medical Center, sponsors like Johnson and Hollie Parker-Winzenread, an assistant medical group administrator, are coaching UBTs one on one in performance improvement tools to help them set priorities.

“Teams like to jump to the solution,” says Parker-Winzenread. “But they struggle with the process….The gain falls apart, because the process is not strong.”

San Jose’s clinical laboratory UBT is a success story, jumping from a Level 1 to a Level 4 in less than a year after new co-leads worked together to reach joint agreement on the department’s priorities. The team started with tests of change that made strides in attendance. Today, it has moved on to complex projects that require shifting schedules to accommodate demands for getting lab results earlier in the day.

Guidance from their sponsors has helped keep team members on track.

“We’d come up with all of these ideas and projects, and they made suggestions and really helped prioritize what we worked on so we didn’t bite off more than we could chew,” says Antoinette Sandez, a phlebotomist, the team’s union co-lead and an SEIU UHW member.

“You have to help teams to believe in the process,” Johnson says. “As a sponsor I can’t rush the process and say harder, faster, move, move, move. That won’t get us what we want in the long run. Because we’re looking for sustainability.”

We are trying to set the teams up to be successful by giving them the time to focus on topics that could have a huge impact in the region in the next few years.