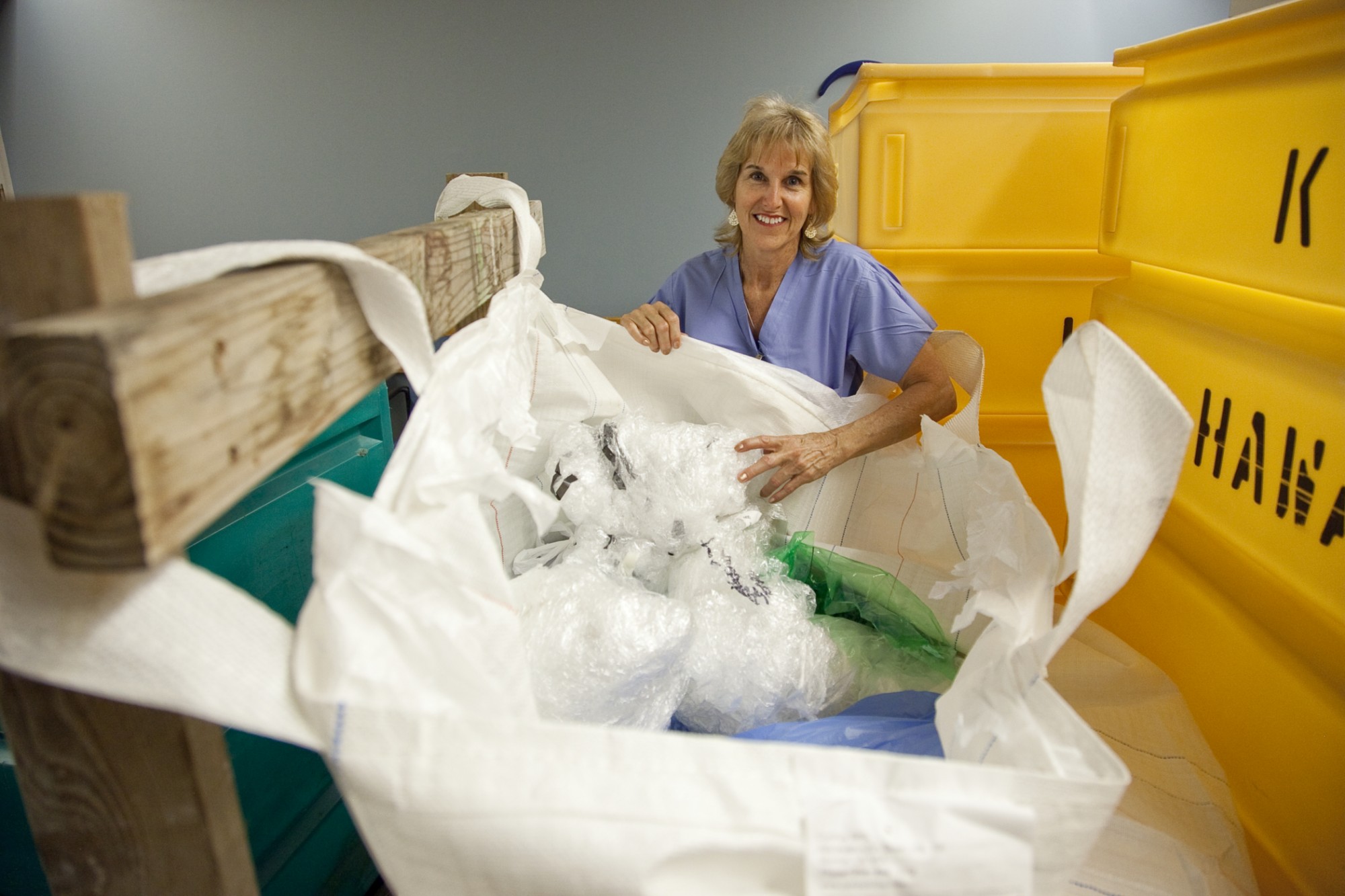 The Moanalua Medical Center in Honolulu is saving the planet, one unit-based team at a time.

The Ambulatory Surgery Recovery UBT started collecting small bags of recyclables on its own in March. But team members resorted to some “trash talking,” and now the entire medical center collects about 30 pounds of recyclables each week.

“The original goal was to help our aina (land) thrive,” says Avis Yasumura, RN, the team’s union co-lead and member of the Hawaii Nurses Association, OPEIU Local 50. “Being on an island, there are limited space and resources.”

Methods of spread: A facility UBT fair, a UBT newsletter, PowerPoint presentations and bulletin board posters inspire others and deliver ideas for getting started.

Effective practice: Medical supplies that used to be trash are now recycled, helping to save the planet while saving Kaiser Permanente money.

The region estimates that since October 2010, the recycling has diverted 7.1 tons from the landfill and saved several hundred dollars in recycling fees.

The ASR team started by identifying items on its unit that a local vendor was willing to collect and recycle: irrigation bags, wrappers for intravenous tubing and operating room “peel packs” (sterile wraps for drapes, instruments, gowns and gloves). The team used tests of change to successfully gather and segregate the items.

ASR shared its effective practices in several ways, including:

The team also promoted the project at Hawaii’s first UBT fair, with a colorful storyboard display, complete with examples of recyclable products.

“It was the talk of the UBT fair,” says ASR co-lead Janet Lundberg, nurse manager of procedural sedation. “This recognition inspires all UBTs to take risks.”

More than 10 teams at the 300-bed center are recycling now.

Where did the ASR unit get the recycling bug in the first place? Carolyn Sandison, an HNA nurse, was inspired by an LMP bulletin board poster in her break room about the blue-wrap recycling project at Sand Canyon Surgicenter in Southern California.

The project that inspired Hawaii team

Find out about a recyling project in Southern California--and learn more about how other teams are going green.