Listening Is Key for Audiology Co-Leads 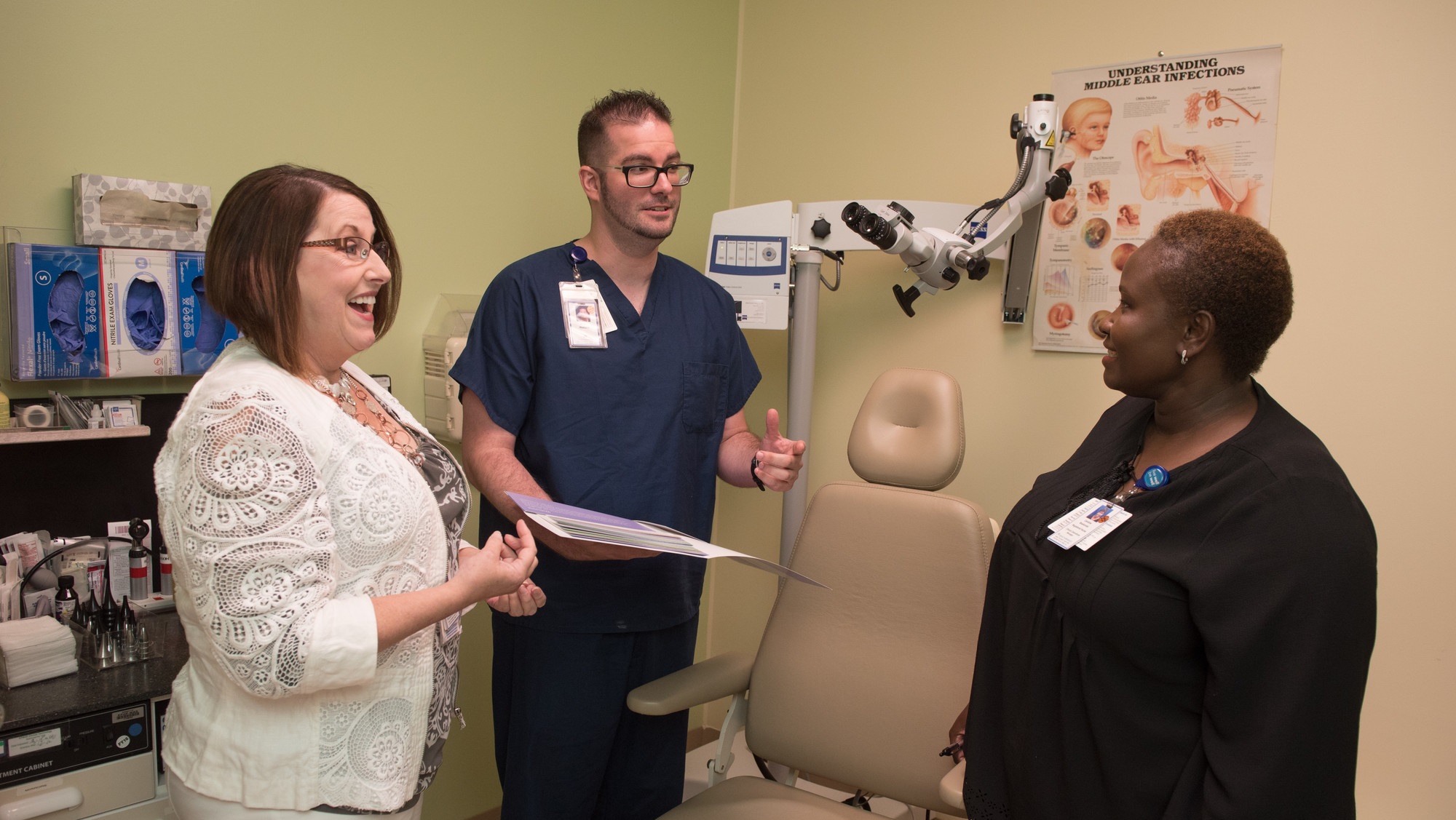 “You have two ears and one mouth for a reason,” television’s Judge Judy frequently says, quoting an ancient Greek philosopher. “You should listen twice as much as you talk.” Successful co-leads realize that making a partnership work requires listening and learning from one another.

Caroline Masikonde, RN, had been a management co-lead with the urgent care team at Largo Medical Center in the Mid-Atlantic States, an experience that helped her understand the importance of valuing her partner’s input. But when she accepted a new role as clinical operations manager in Northern Virginia Audiology in January 2016, she didn’t have any experience in audiology. So she’s relied heavily on her new labor co-lead, Lynn M. Reese, Au.D., a UFCW Local 400 member. Masikonde has learned why audiology UBT members escort patients outside (so they can try out new hearing aids in different conditions)—and her willingness to listen helped the co-leads bond quickly.

“Lynn is very experienced,” says Masikonde. “I lean on her even now.”

Reese, on the other hand, was new to the unit-based team structure, since the audiology UBT had just formed. That’s where Masikonde’s expertise came in. “We fit together pretty well,” says Reese. “Caroline is very open to listening and learning new things.”

Reese, too, expanded her knowledge, growing into an appreciation that she and Masikonde have equal say on what’s now a Level 4 UBT. “Everyone contributes,” says Reese. The ability to speak up led to Reese and the rest of the team requesting and receiving approval for an additional booth to test patients’ hearing.

Their new relationship was tested when a member—after waiting more than 12 weeks for a refund on a hearing aid that had cost more than $1,000—alerted them, loudly and angrily, to the problem.

Instead of pointing fingers, UBT members figured out the issue: The refund request had to be processed through a department in Southern California, but the team had no way to follow up once the request was submitted.

“This lady forced us to look at this and do better for our members,” Masikonde says. “It prompted us to come up with a better workflow,” and now the team has names and contact information for the people who work on the refunds.

“Even though it was a bad situation, she made us want to improve,” Reese says.

Because the co-leads already were accustomed to relying on and listening to each other, they were able to quickly and calmly handle this tense situation with the unhappy member.

“We really learned our lesson,” Masikonde says. “Recently, we did a refund on a Monday—and by Friday, the member had the check. Lynn and I know our parts and do our dance.”

Tips and Tools For Rookie Co-Leads

Learn from each other. Successful co-leads show mutual respect and enhance their working relationship by sharing wisdom, knowledge and experience.

Participate. Be engaged. Check in often with your co-lead, UBT members and sponsor.

Lead by example. Actively listen and encourage feedback from each other. As UBT co-leads, you serve as role models for your team.

Don’t fear failure. Not every project and initiative will work, but they all are learning experiences and provide an opportunity to improve.