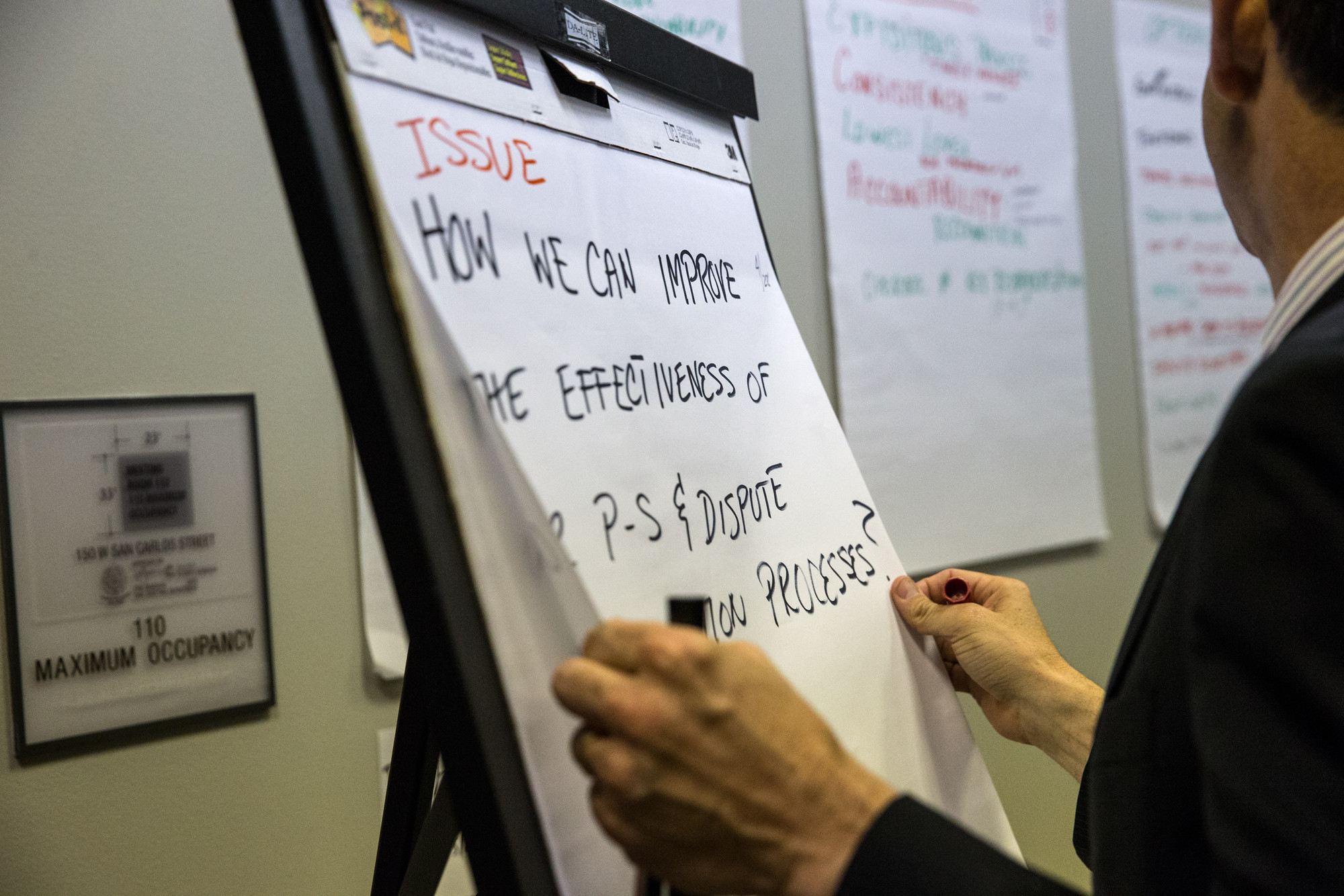 But when the process bogs down, the 2015 National Agreement provides a way for managers, physicians, union leaders and frontline workers represented by a coalition union to move it forward: issue resolution.

Section 1 of the National Agreement covers a number of topics: how the partnership operates, unit-based teams, and such programs as Total Health and Workplace Safety. The most common disputes encountered are covered by this section. A new issue resolution process, one of three related provisions in the agreement, covers such disputes.

The process starts at the level at which an issue arises; so, for example:

This process is an alternative to, but does not replace, existing grievance procedures. It offers another approach to problem solving.

“It’s easy for people to get dug into their own place on an issue,” says Denise Duncan, president of UNAC/UHCP. “Partnership and the National Agreement commit us to spending the time to figure out jointly how to resolve problems and do the work.”

For questions about compliance with the 2015 National Agreement, speak with your union, manager or HR representative.

Download the National Agreement to learn more about tools to solve problems in partnership.

To initiate the Section 1.L.2 issue resolution process, use the form shown in Exhibit 1.L.2. (pages E30–E31) of the National Agreement or download it.

Check out the Learning Portal to see the full range of LMP classes and workshops, including training in interest-based problem solving.