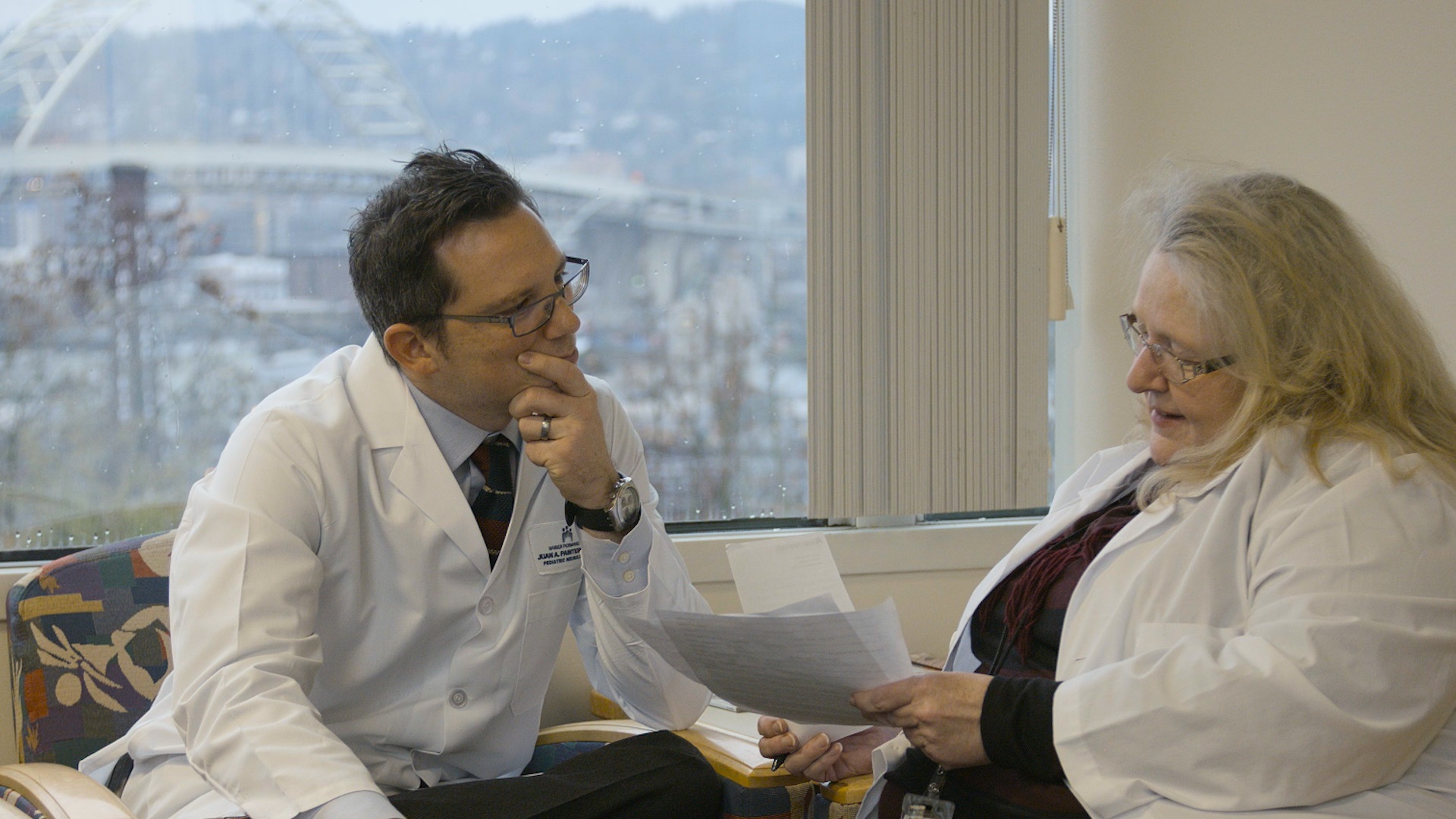 Neurology department in the Northwest improves ability to diagnose epilepsy

“This whole project was a mere idea written on a piece of paper only a few months ago,” says Juan Piantino, MD, “and now it’s a reality.”

Shortly after Dr. Piantino, a neurologist, came to Kaiser Permanente in July 2014, he was approached by another member of the department—Debbie Newcomb, an electro-neurodiagnostic technologist and UFCW Local 555 member. Newcomb’s work includes performing electroencephalograms (EEGs), a test that monitors a patient’s brain waves and helps diagnose patients with epilepsy.

She was interested in implementing ambulatory EEGs (AEEGs), an advanced technology that is relatively new. Because the test is conducted over a longer time period than a routine EEG, it is more likely to capture events that provide the medical team with information needed for a good diagnosis. AEEGs also are less expensive than an inpatient telemetry EEG. But Newcomb needed a physician partner to move forward.

“I wasn’t intimidated about approaching him,” says Newcomb, who’s the labor co-lead of the neurology UBT. “The partnership has given me the confidence to speak up—and in fact, I consider it part of my role as a union steward.”

Dr. Piantino had experience with the test with other health care systems—as did Newcomb—and was enthusiastic. The pair began figuring out how the test could be implemented in the Northwest region. Newcomb collaborated with the staff at the Stanford Comprehensive Epilepsy Center to understand the specific details of its program. She worked with KP Purchasing to identify the type and cost of the machines that would be needed.

Armed with information, Dr. Piantino met with leadership of the Northwest Permanente Medical Group—and within a few short months, in December 2014, the region was equipped to do continuous ambulatory EEGs.

So far this year, 16 patients have had their treatment guided by the ambulatory EEG as outpatients. Because the test is administered with a camera, the physician reading the results can see the patient in real time and correlate the brain activity to the physical movements of the patient. In addition, being able to conduct the test in the patient’s own environment avoids a potentially stressful and expensive hospital stay.

One adult patient had been in and out of the Emergency department five times in two weeks. Newcomb performed the ambulatory EEG on him; he had five events, all pseudo-seizures. “He is now seeing the proper doctor for his problems—no more trips to the ED,” Newcomb says.

By the end of July, the program already had paid for the cost of equipment. The benefits of an accurate diagnosis for the patient are immeasurable.

“It was the positive attitude and the willingness to improve patient care that made this happen in record time,” says Dr. Piantino.

Not all epilepsy is easily identifiable. One young, active child who was recently diagnosed was brought into the Neurology clinic because he was not meeting developmental milestones, and his parents and physician were concerned. The team turned to the ambulatory EEG.

“We got a really good study,” says Dr. Piantino. “This will guide his therapy.”

In another instance, neonatologists at Sunnyside Medical Center were able to control a newborn baby’s seizures within 48 hours when they turned to the ambulatory/continuous monitoring EEG test—after the routine EEG didn’t reveal any unusual brain activity.

“I have been a pediatric neuro-intensivist at two big centers, in Seattle and Chicago,” Dr. Piantino says, “and I can say with confidence that this child received state-of-the-art treatment.”

25 people found this helpful. Was it helpful to you? YesNo