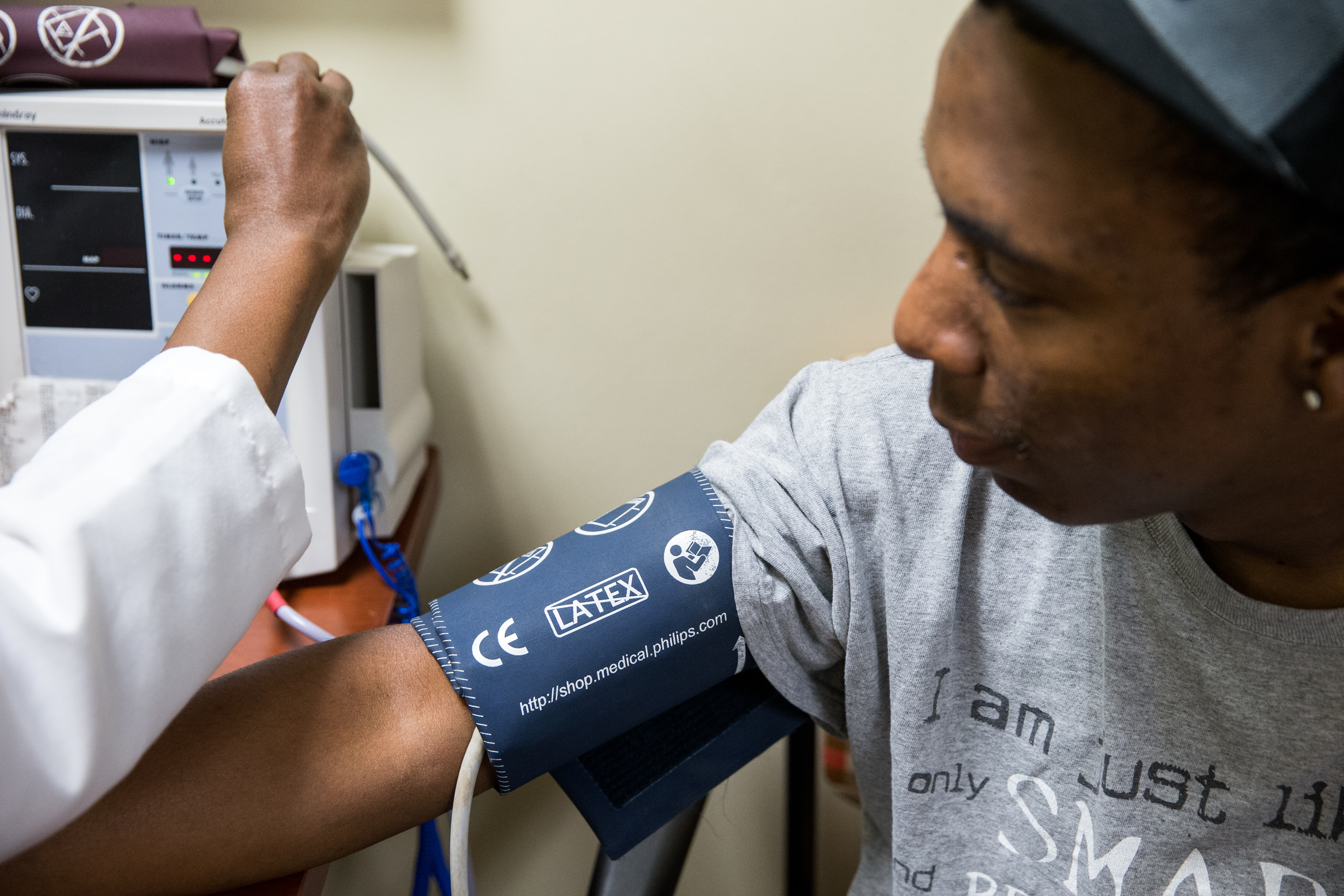 A patient gets a blood pressure test.

When the internal medicine UBT at the Los Angeles Medical Center decided to focus its efforts on African Americans with hypertension, not all team members initially were comfortable with targeting patients by race for special outreach. “We worried about how patients would react,” says union co-lead Marilyn Lansangan.

Nationwide, nearly 45 percent of African Americans suffer from high blood pressure—a rate much higher than other racial and ethnic groups. The condition tends to develop earlier in life and is likely to be more severe for them. There is some recent research from the National Institutes of Health that suggests genetics may play a part. Such social and economic factors as discrimination and poverty also may contribute. Whatever the reason, health care organizations—including Kaiser Permanente—are working to reduce the disparity.

When Jose Saavedra, M.D., the physician champion on hypertension at LAMC , heard that colleagues at Downey Medical Center held a special outreach clinic for African-American members with high blood pressure, he encouraged the internal medicine UBT to try it as well.

Team members generated a list of their African-American patients with a certain threshold of uncontrolled hypertension. LVNs and social workers called patients every day, inviting them to the special clinic. The success of the outreach calls surprised everyone. “Even when we just left a message, people would come to our clinic,” said Elenita Petrache, assistant administrator and one of the management co-leads.

At the event, clinicians educate patients about hypertension, then take their blood pressure. Depending on the results, patients queue up for a short chat with either a doctor or a nurse, who can adjust their prescription or schedule a more in-depth appointment. Patients who successfully control their blood pressure get a certificate. Everyone gets a swag bag containing an apple, bottle of water, DVD about hypertension, and information about diet and sodium.

Knowledge is power, and when you give patients good information it empowers them to take charge of their health.

Here are some ideas to get the word out.

Gayle McDow, who attended the clinic in late April, says it make sense for KP to reach out to African-American patients. "The numbers suggest that this issue is more prevalent in our community," she says.

The project also built cohesion among UBT members who work on different floors, says Petrache. “It helped two parts of the department develop a better relationship because we have common goal,” she says. “There is communication between the teams. It’s a beautiful thing.”

Marilyn Lansangan
Union co-lead
29 people found this helpful. Was it helpful to you? YesNo