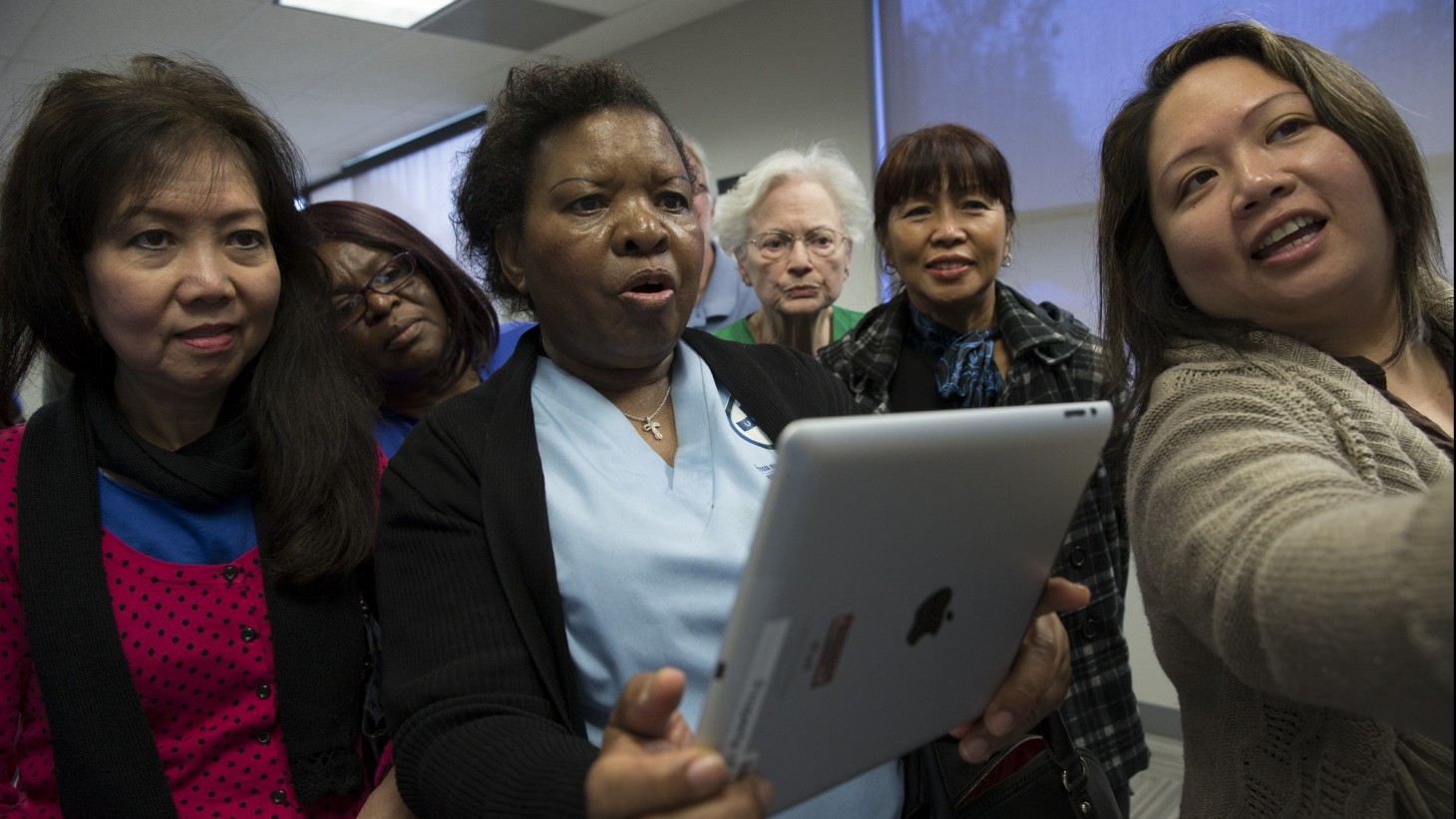 Into the future: A digital fluency pilot program launched recently, one of many accomplishments of the LMP national programs.

1999: Employment and Income Security Agreement gives coalition union-represented employees the opportunity to train for comparable positions in the event of layoffs.

2005-2009: Joint work to implement KP HealthConnect, setting the precedent for collaboration on future system rollouts, including ICD-10 and Claims Connect.

2014–2016: LMP is lauded by the Federal Mediation and Conciliation Service and others; KP and coalition leaders provide partnership advice to health systems across the United States and overseas.