Safe to Speak Up? 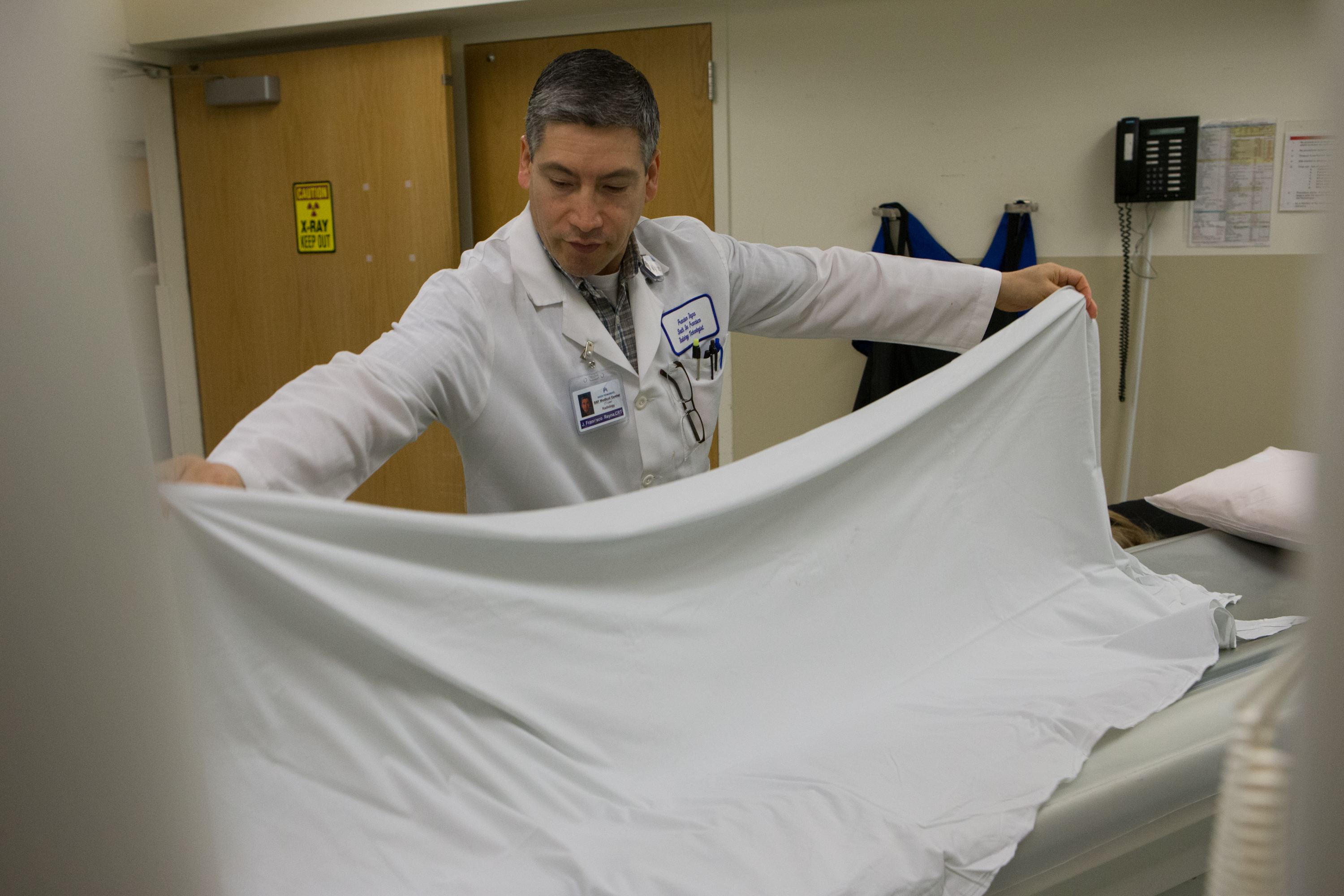 A few months ago, a patient walked from the outpatient clinic to the operating suites at San Francisco Medical Center. He had an infection in his knee that needed to be drained. Paul Preston, MD, was at work and evaluated the man. His condition wasn’t urgent, and he got a bed to wait in.

What happened next is a cautionary tale. The patient’s condition changed—quickly and unexpectedly.

Dr. Preston, who was in charge that day, had moved on and was artfully multitasking on several other matters.

A nurse popped around the corner and interrupted him.

Rapidly changing situations are a part of life in hospitals and clinics. But how they are handled varies wildly, depending largely on whether there is a culture of psychological safety—one where employees can speak up freely and offer suggestions, raise concerns and point out mistakes without fear of negative personal consequences.

Despite volumes of findings linking psychologically unsafe work cultures with poor patient outcomes—up to and including death—the health care industry, including Kaiser Permanente, continues to struggle with creating the culture of open communication that is a key component of safety.

Fortunately, this nurse worked with a physician and in an environment where speaking up is welcomed.

“Boy, was she right,” Dr. Preston recalls. “The patient had become septic in the short time he was there. I was obviously preoccupied, but what she had to say was far more important.”

The need for culture change

Positive exchanges like the one that day don’t yet happen reliably enough.

“I think there is a culture of fear around speaking up,” says Doug Bonacum, KP’s vice president of quality, safety and resource management. “We have indication (of that) from People Pulse scores.” In the patient safety world, Bonacum says, it’s still too common to hear of events with adverse outcomes where someone knew something wasn’t right—but didn’t speak up.

Studies have shown that poor communication among surgical team members contributes to a significant increase in patient complications or death (up to four times as many adverse events). Poor communication is also to blame in more than 60 percent of medication errors nationwide.

“If I had a magic wand and could change one thing about the health care culture and the way we work together in order to improve patient care, it would be around our ability to speak up and people's willingness to listen and act,” Bonacum says. “I think it’s mission critical for worker and patient safety.”

Unit-based teams, by addressing issues of status and power, instinctive fear of retaliation and more, are helping build a culture where people are able to speak up. Leaders play a critical role in that transformation by actively developing rapport with employees and/or explicitly admitting mistakes and “disavowing perfection.”

“The definition of leadership is creating the condition to allow your team to succeed,” says Dr. Preston, who is the physician safety educator for The Permanente Medical Group. He notes that in aviation, senior pilots are strongly encouraged to tell those working with them, “If you see anything wrong, please let me know as soon as possible.”

A modified version of that practice, a pre-surgery briefing, now takes place in most Kaiser Permanente operating rooms.

“We don’t really want to say in front of the patient, ‘Hey, if I screw up, let me know,’” Dr. Preston says. “So we go around and say our names and what we’re going to do, and it builds confidence.”

The briefing, he explains, “is a conversation to build the group’s knowledge of what they're supposed to be doing, what to expect and watch out for. It sets the expectation that everyone needs to speak up.”

Dr. Preston says holding a briefing is the single most important thing a surgical team can do for patient safety. And debriefing afterward is critical, too, he says: “It's a chance for teams to consolidate what they learn. . . and get more and more reliable.”

Leaders—physicians, managers, union co-leads and stewards—should model the behavior of speaking up around errors. Creating a blame-free environment, Dr. Preston says, “involves the willingness of leaders to go first in displaying vulnerability. . . by talking about mistakes they made when they wish someone had spoken up.”

Putting in place mechanisms that encourage employees to speak up is another way to foster open communication around errors and performance improvement. Such systems also provide a forum where people learn how to express themselves clearly and non-emotionally—and help to reconnect them with the value and purpose of their work.

South San Francisco Radiology’s unit-based team, for example, has created a structured communication system where radiologic technologists are asked to speak up in the moment and “stop the line” when they encounter anything that deviates from the agreed-upon workflow or is a potential patient safety risk. Afterward, they fill out a brief report that captures the event.

“We made it an obligation for people to speak up,” says radiologic technologist Donna Haynes, the department’s UBT union co-lead and a member of SEIU UHW. “We wanted to empower employees.”

Since implementing the program in April 2012, more than 250 Stop the Line forms have been submitted. As a result, the department has prevented a number of small events from reaching the patient—and has seen a 50 percent reduction of “significant events” from the previous year, incidents in which a patient is incorrectly irradiated, whether it be a wrong body part or a scan is repeated unnecessarily.

The Stop the Line forms are simple and easily accessed in work areas and radiation rooms. They’re not used for punitive purposes; they’re used to track workflow issues that then are addressed by the UBT.

“For us it was a big rush, really trying to empower people to take the time to do what’s right,” says Ann Allen, the medical center’s Radiology director. “Also having trust in the fact that ‘I can submit real data and it will actually implement change.’ ”

Allen’s comment speaks to another huge benefit to creating an environment where people feel free to voice their ideas and concerns: It makes the difference between an organization that is continuously learning and improving performance and one that is stifling innovation and stagnating.

The link between higher-performing unit-based teams and the ability to speak up is clear.

The People Pulse survey has a set of 12 questions that get at a department’s culture and comprise the Work Unit Index. One typical question is, “In my department or work unit, I am encouraged to speak up about errors and mistakes.” In 2011, the survey found that departments where Work Unit Index scores were highest had better HCAHPs scores, more satisfied patients, fewer workplace injuries, lower absenteeism, and fewer hospital-acquired infections and pressure ulcers. Departments whose Work Unit Index scores were in the bottom quartile consistently had poorer performance in those same areas.

Once you get to a tipping point, Dr. Preston says, people will look out of place if they aren’t speaking up.

“There's no such thing as a perfect day,” Dr. Preston says. Even good surgeons make errors—routinely—and no system, he says, can eliminate human error entirely. “But the earlier the team can recognize what is called an ‘undesired state’ and trap it, the less severe it is. And this is a huge thing for labor and managers, because we’re all there (in the room). Everybody has eyes and ears. The person who’s engaged has a huge role.”

The Power of Speaking Up

36 people found this helpful. Was it helpful to you? YesNo