Savings From Around the Regions 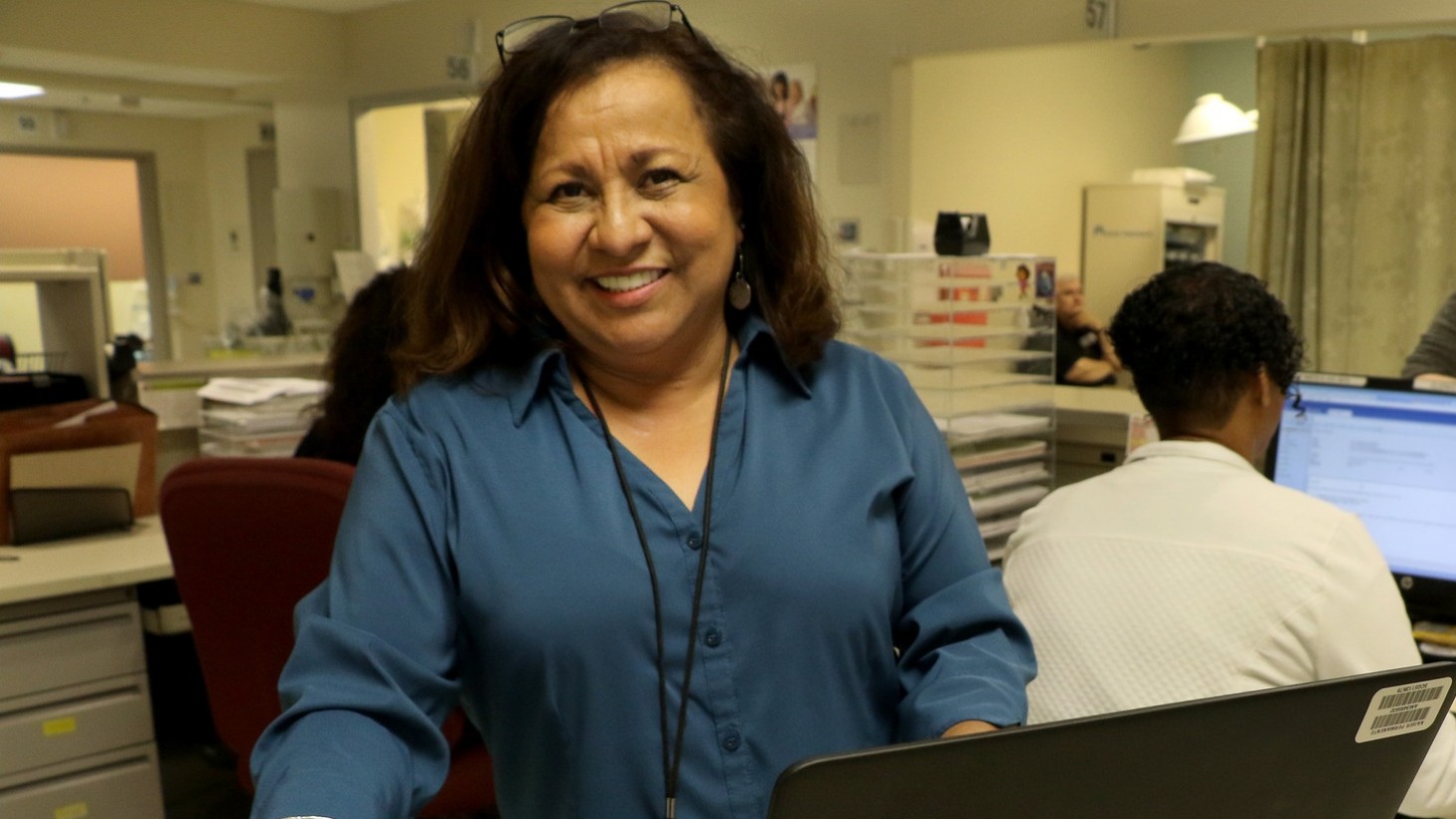 High-tech lowers costs: Ninneth “Nina” O’Hara, an SEIU-UHW member and Emergency Department clerk, heads out to get information from a patient using a laptop on wheels. 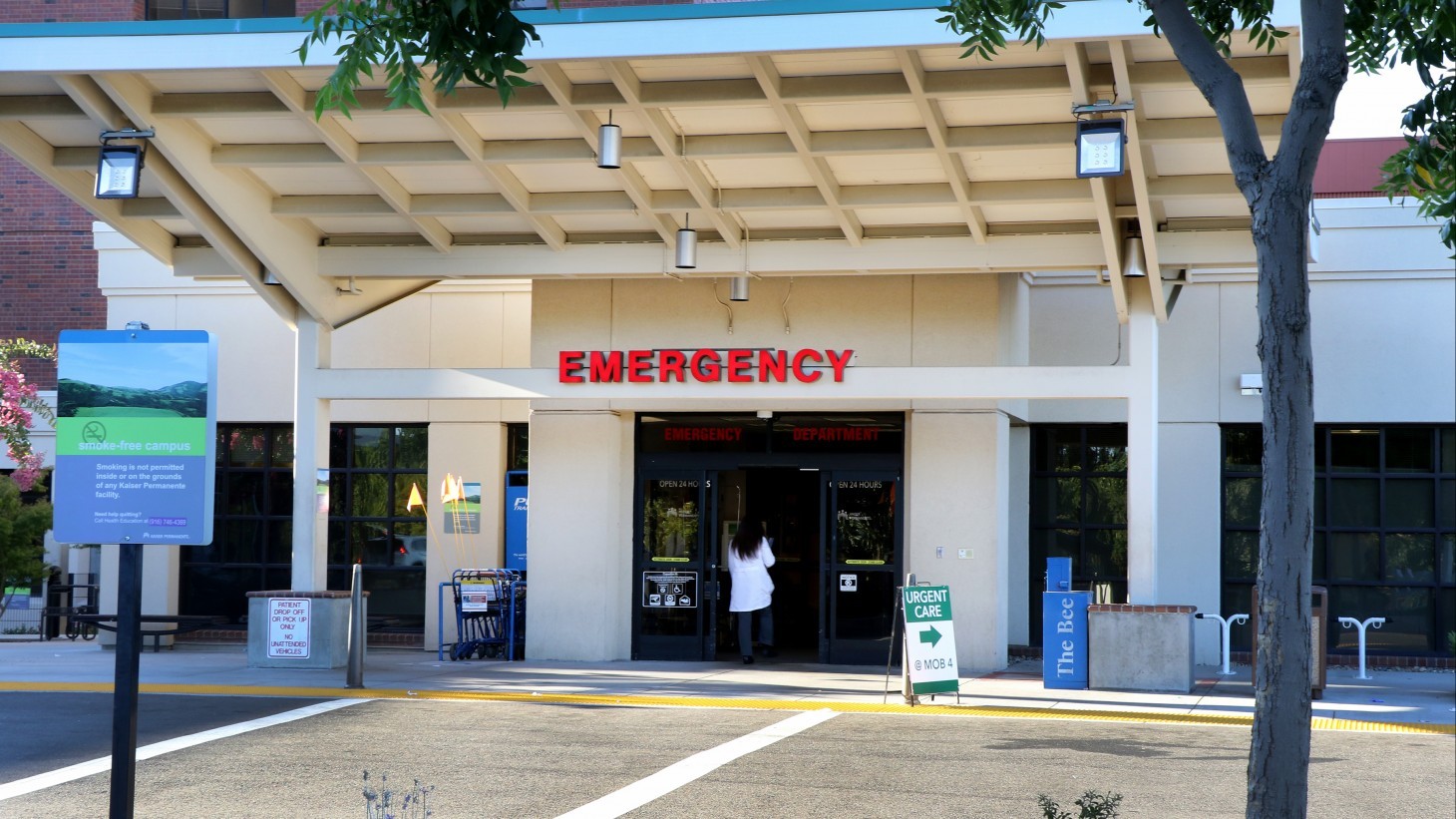 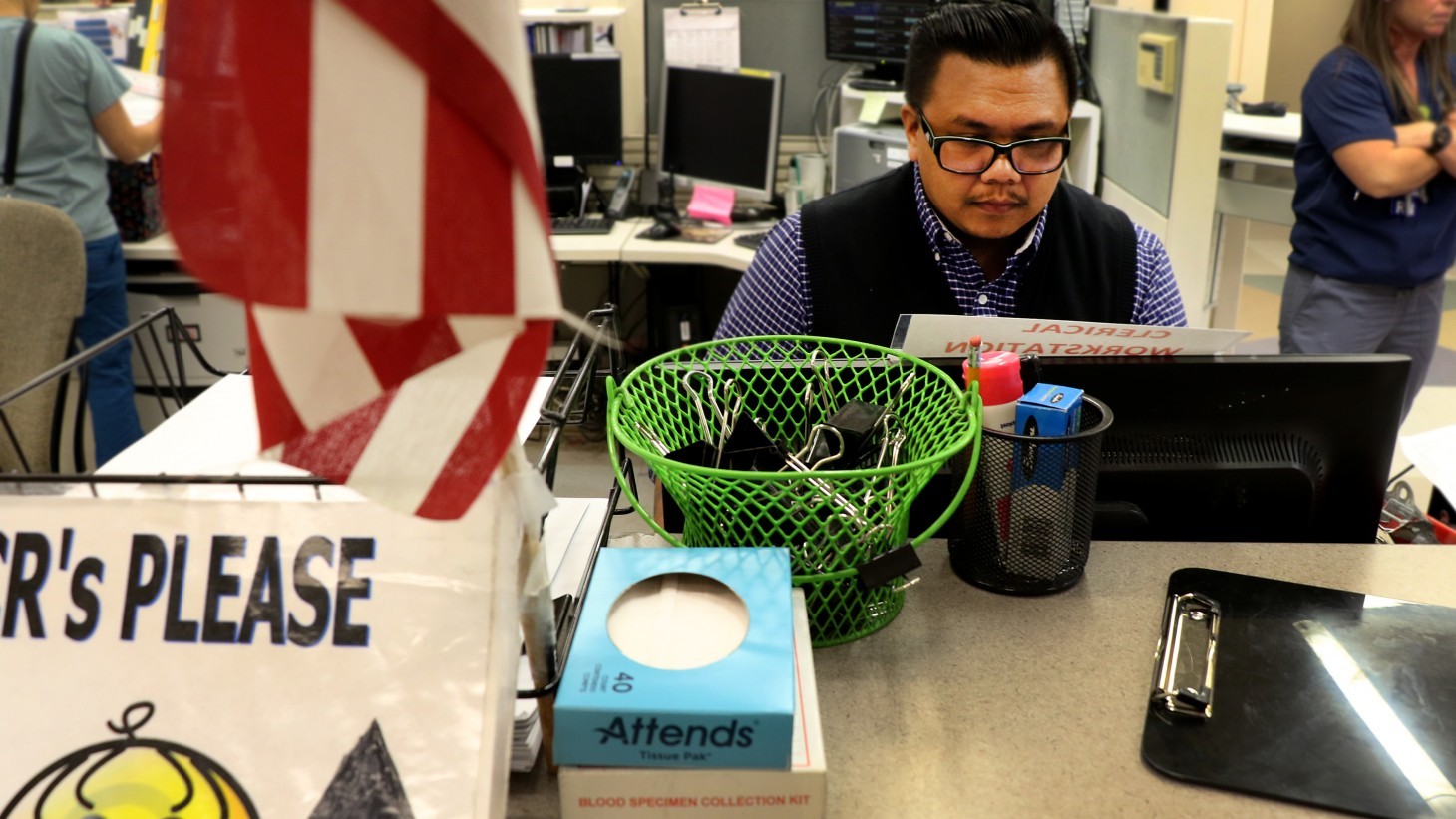 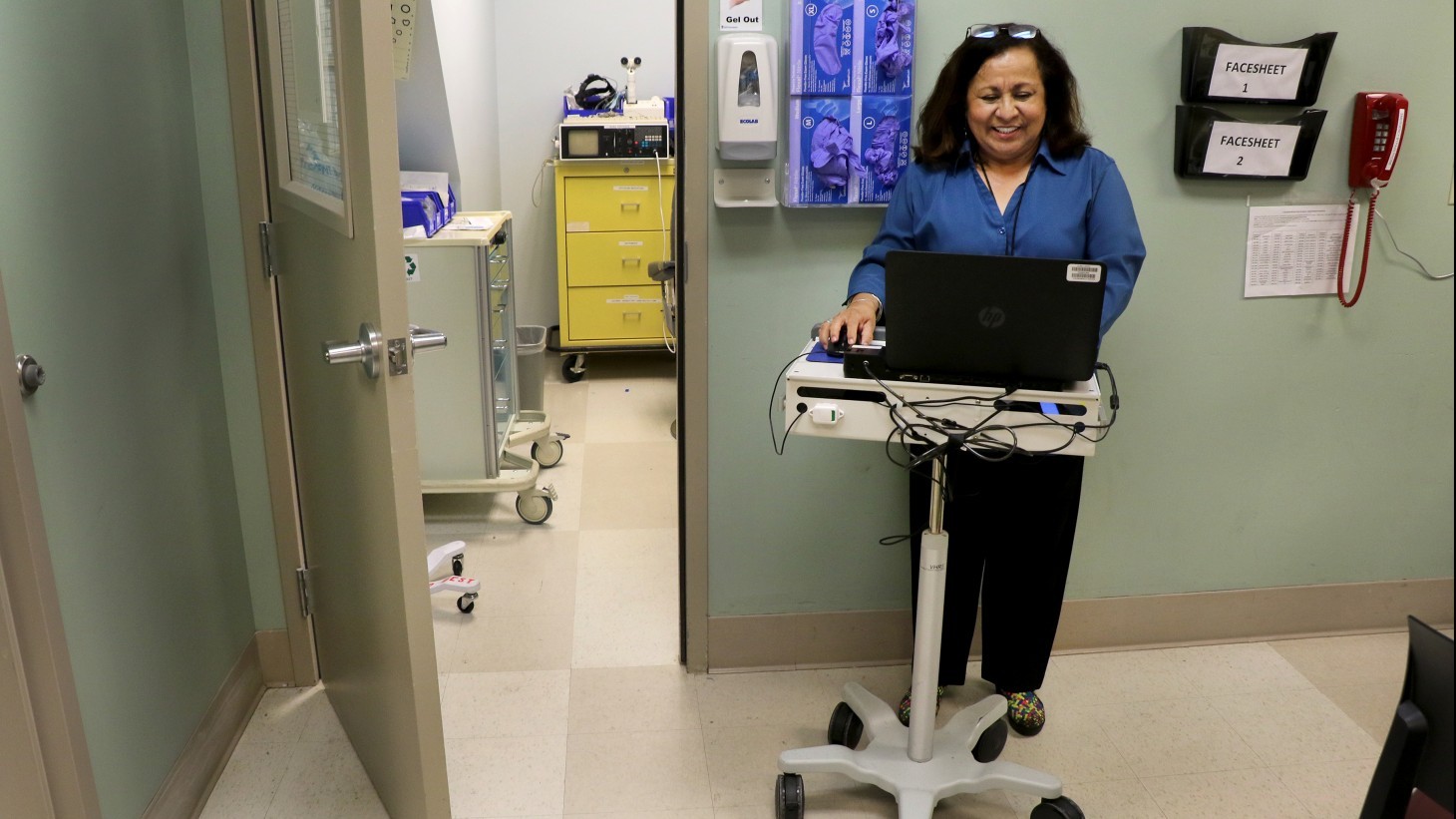 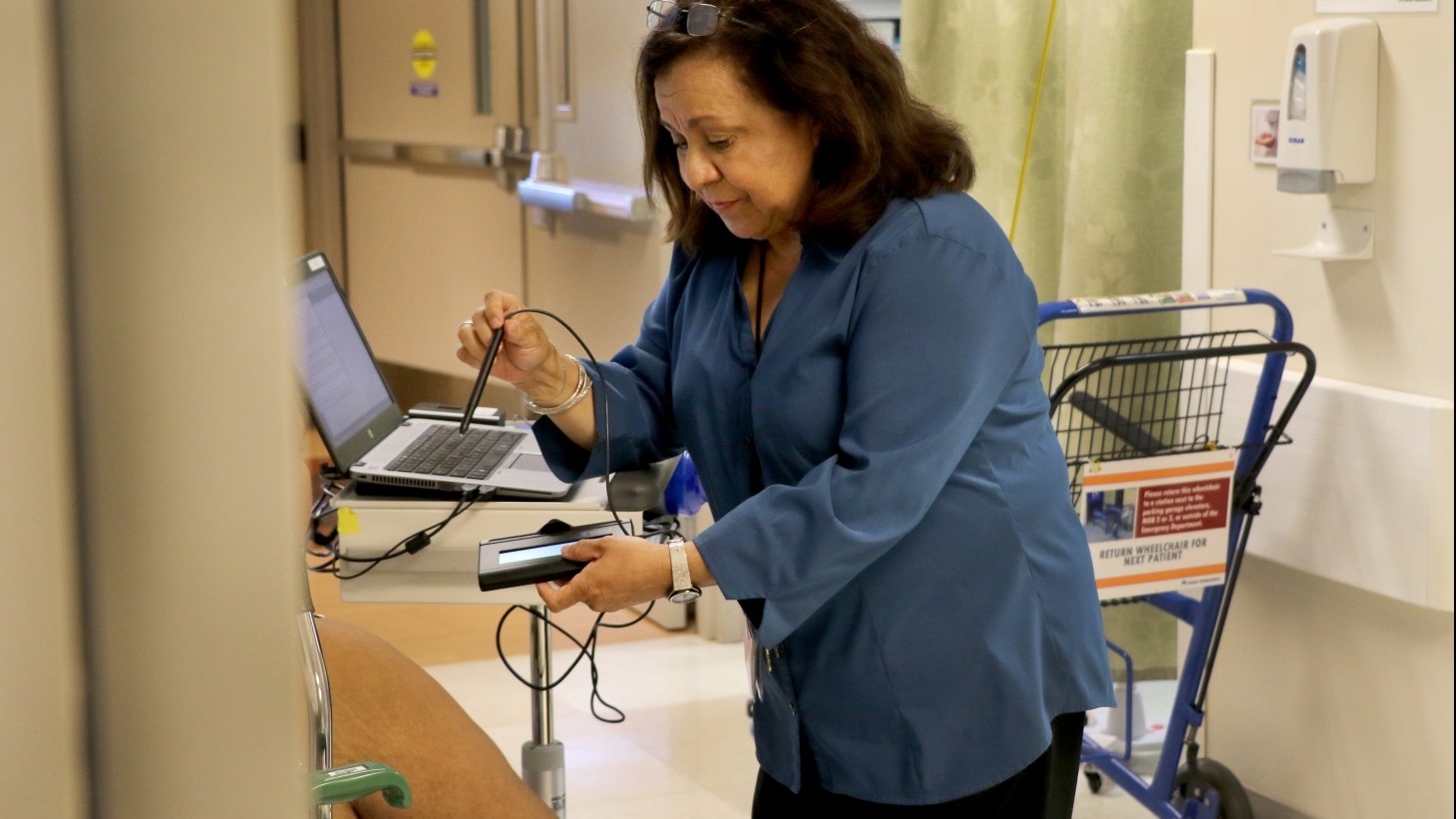 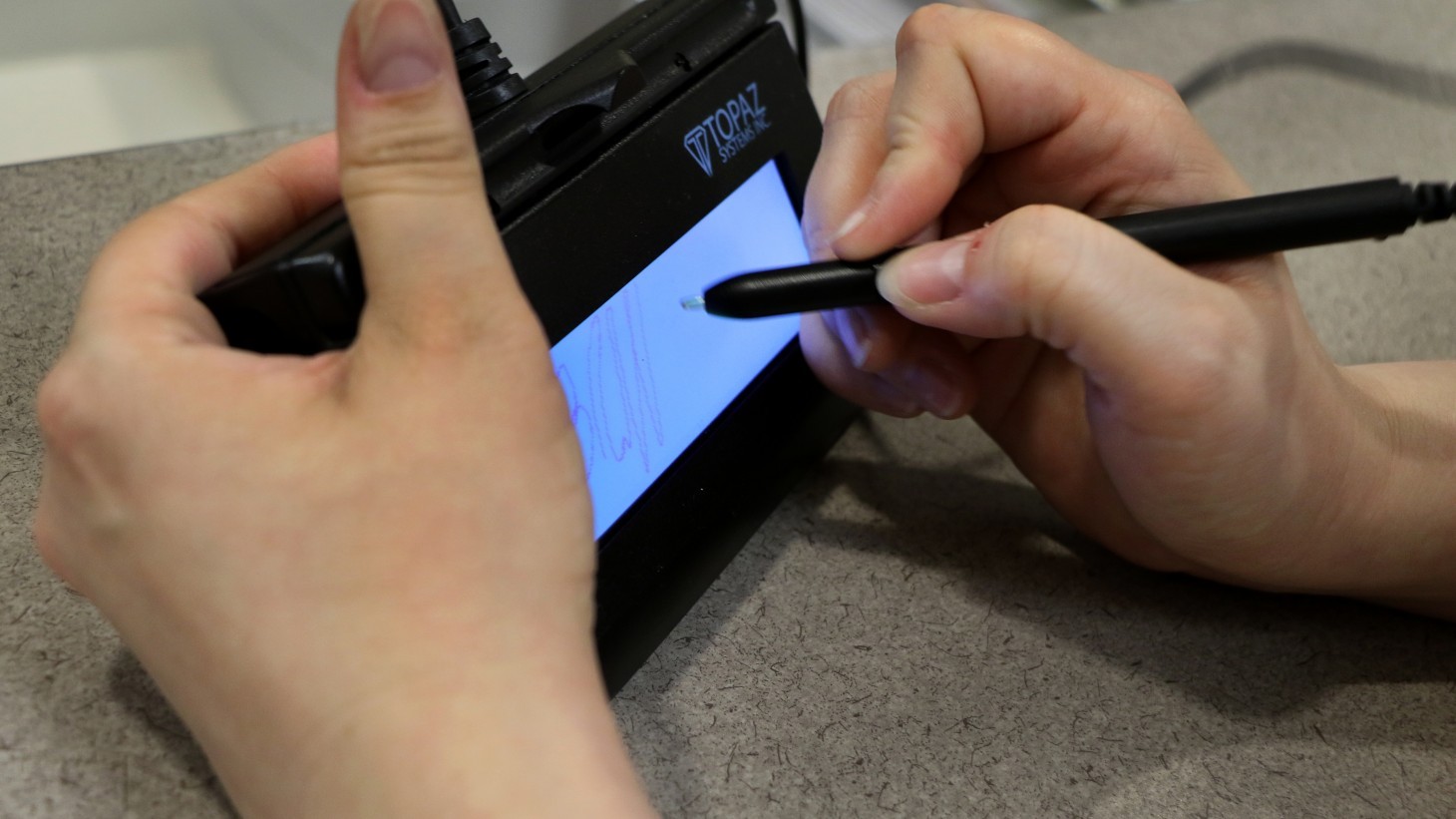 The use of e-signature pads and laptops on wheels has saved the South Sacramento Emergency Department $88,000 over the last year. 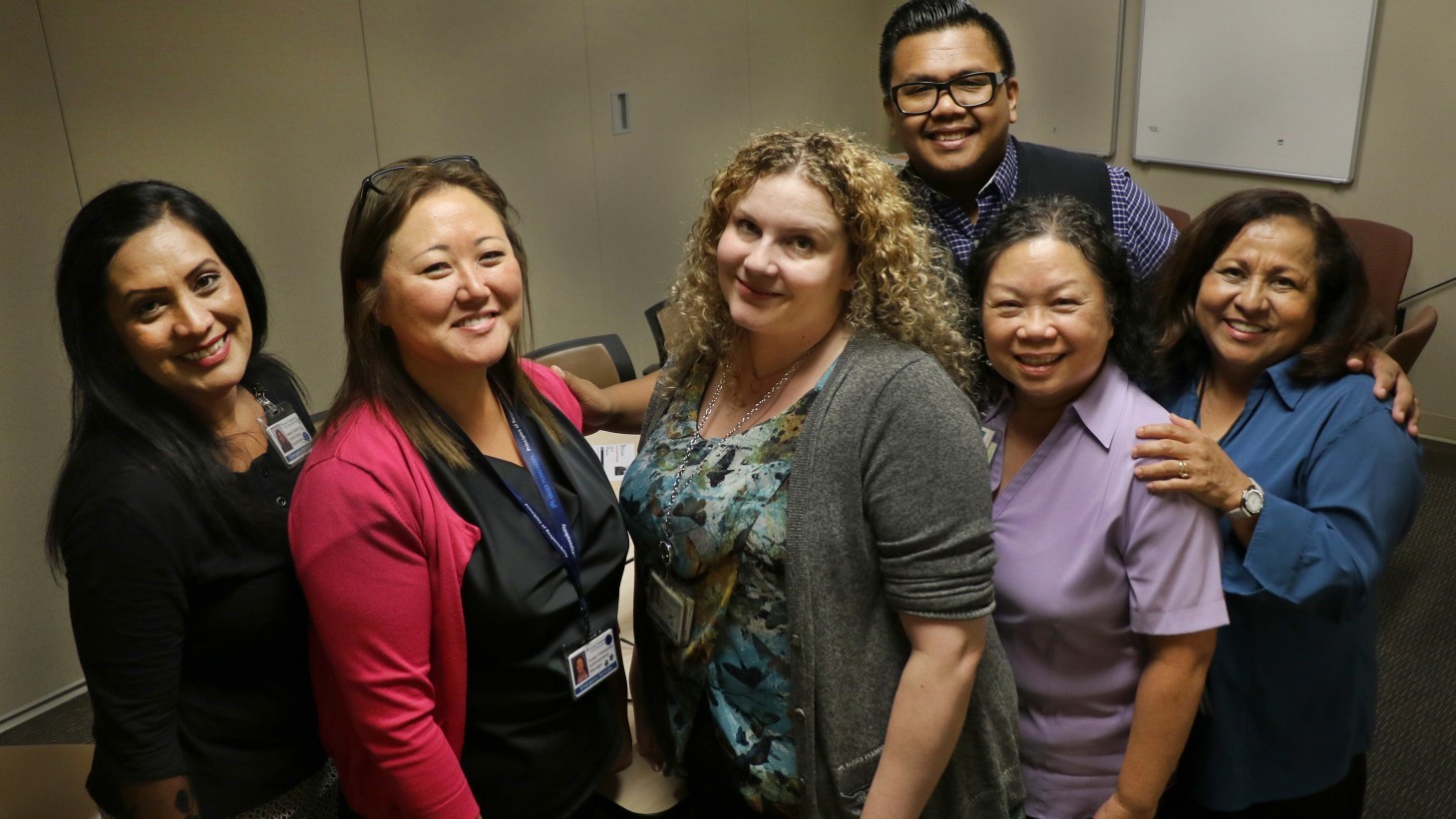 eSignatures and more from coast to coast

“I’m old school,” says Jacinta Laupua, a clerk and SEIU-UHW member, who was one of the last holdouts when her team decided to try using laptop computers to gather member signatures.

“I thought of every excuse in the book. But now I love it,” she continues. “If I don’t have a laptop assigned to me, I ask other clerks if they are using theirs, because I want one. In fact, we need more.”

The laptops, provided through a regional initiative, are at the heart of a successful unit-based team project to reduce paper and copying costs in the Emergency Department at the South Sacramento Medical Center. The total savings came to more than $88,000 in 2016.

The Level 5 UBT’s project got under way in late 2015, when clerks and the team’s co-leads—Bianca Ruff, a clerk and SEIU-UHW member, and managers Susan Velasquez, administrative services manager, and Neeta Kumar, administrative clerical supervisor—brainstormed ways to improve cost savings and efficiency. Their first goal was to save $27,820 over four months.

Soon team members were trying out the use of laptops with signature capture pads. The technology makes it possible for clerks to register patients at their bedside and record their information and signature electronically. Not only does this eliminate the need for paper registration forms, it also increases the clerks’ mobility and efficiency.

There were many small tests of change needed before everything was working smoothly, but the project has been so successful the department has invested in nine laptops on wheels. And all Emergency Department clerks are trained on
the computers.

“It’s almost too painful to remember how we used to process forms,” jokes Ruff.

When team members at the Community Care Pharmacy in the Northwest region did a routine inventory, they were astounded at the value of their expired medications that no longer could be returned.

Susan Luu, an inventory technician and member of UFCW Local 555, spearheaded a successful project that drew on the free-to-speak culture and collaborative spirit that helps make this a Level 5 team.

“I knew it was too much to do by myself,” Luu says. “I felt comfortable talking with my manager, and his response was, ‘Let me see how can I can help.’”

Different staff members “owned” a section of the pharmacy to check for outdated or slow-moving medications. By the time the team did its next inventory, losses had dropped to $7,000.

Mid-Atlantic States: Tackling unwanted side effect of a computer upgrade

The problem? While the new system has many great features, it doesn't have a way to alert staff when providers add a new test to an existing order. In May 2016, the lab missed 32 percent of these “add-ons,” a total of 30 tests, says Samuel Endalew, the lab’s lead technician, a UFCW Local 27 member and the team’s labor co-lead.

The mistake inconveniences members, who must return to the lab to provide a new specimen. Each missed add-on costs Kaiser Permanente about $35 in extra supplies and employee time.

The solution: a system to check the lab’s inbox for add-on tests and a team binder to track their progress. By February 2017, the team was missing only 2 percent of add-ons and saving about $1,050 a month.

Leaders from other area labs are considering adopting the process. 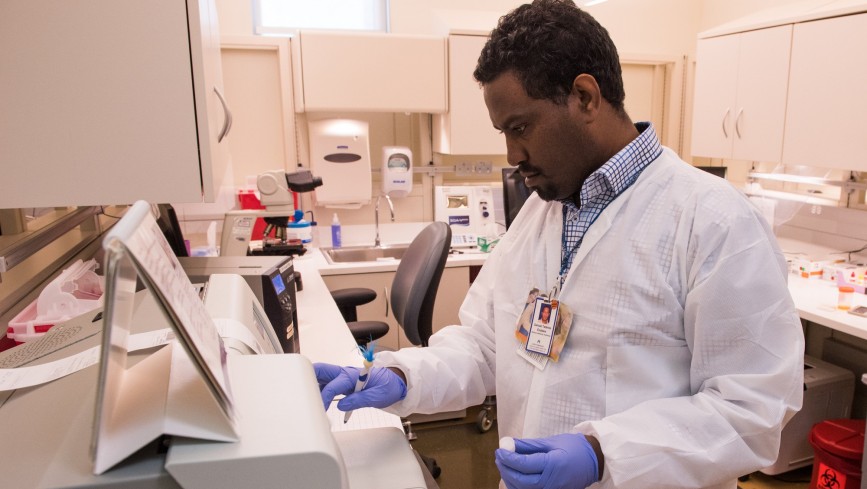 Georgia’s regional Nephrology team faced a tricky challenge: how to reduce the amount of time dialysis patients depend on chest catheters.

The preferred method for delivering dialysis requires having a vascular surgeon attach a vein to an artery in the forearm. The fistula that forms is then used for the procedure. Fistulas are less likely than catheters to cause infection and other complications, but some patients balk at the procedure.

So the team is trying to change patients’ attitudes by educating them about treatment options and getting them in to see a surgeon faster. The team has exceeded its goal of reducing the time on catheters by 10 percent, achieving a 13 percent reduction.

Regional officials anticipate that by reducing infection-related hospitalizations, the project will improve care and reduce costs by as much as $400,000 anually.

Moving patients through the hospital is a complex dance involving many departments, and the nurses in the Post-Anesthesia Care Unit (PACU) at Moanalua Medical Center are fine-tuning their steps—potentially saving more than $175,000 annually in nurses’ work hours.

Delays in the PACU, where surgery patients recover before being admitted to a nursing unit, create backlogs and stress. At Moanalua, the average PACU stay was 80 minutes, 20 minutes longer than the American Society of Peri-Anesthesia Nurses recommends.

“We are the stabilizers. It’s our job to make sure they wake up from anesthesia safely,” says Andy Kubo, RN, a member of Hawaii Nurses Association, OPEIU Local 50, and the team’s labor co-lead. But, he says, “We weren’t paying attention to the time standard prior to this project.”

60 people found this helpful. Was it helpful to you? YesNo