From Skeptics to Believers 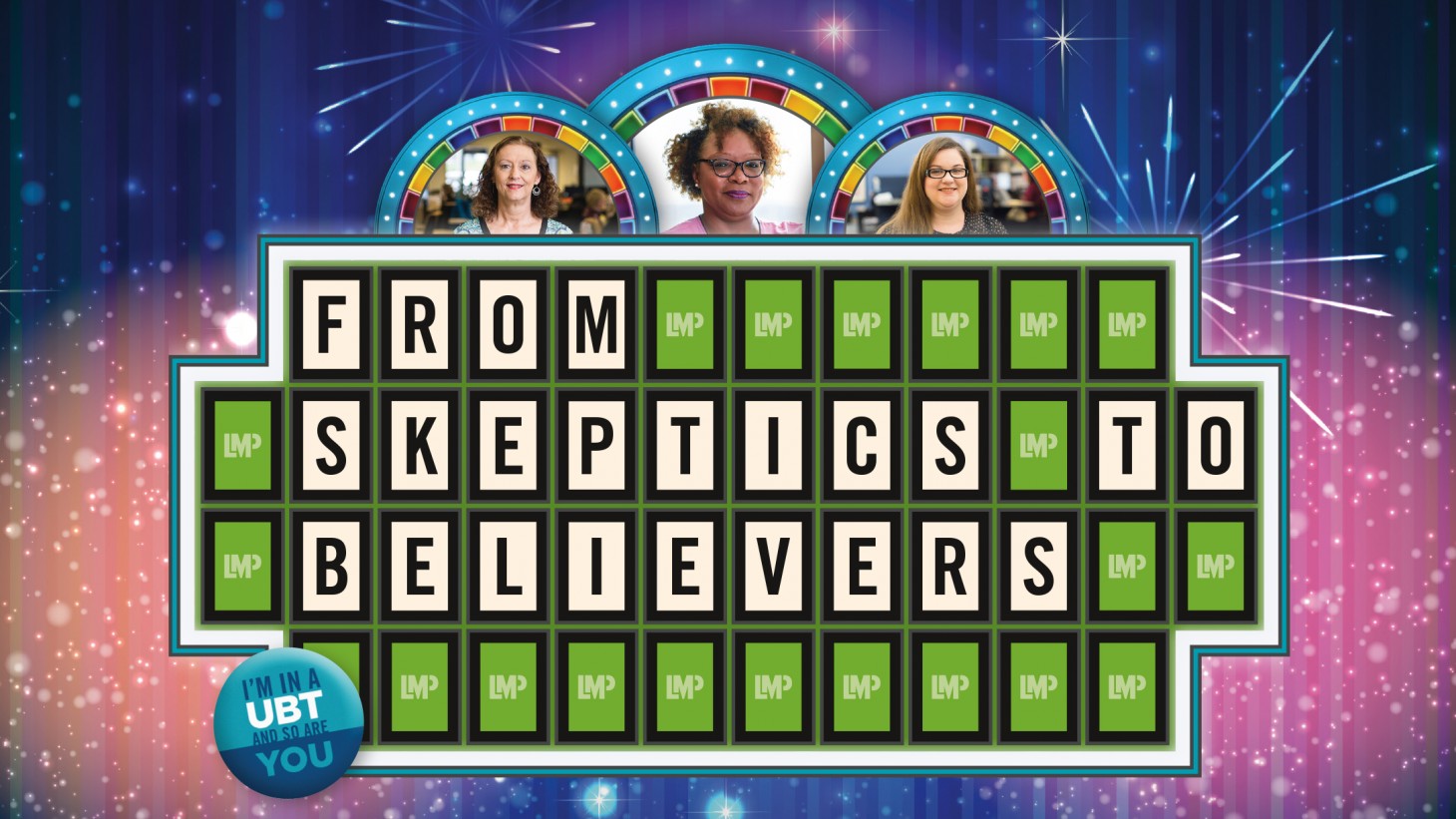 At first, these frontline workers rolled their eyes at UBTs. But their experiences improving performance and teamwork changed their outlook.

Creating a better workplace turns cynics into champions of unit-based teams. UBTs give workers represented by a union in the Coalition of Kaiser Permanente Unions a way to lead change. They help workers, managers and physicians better serve Kaiser Permanente members and patients. Yet too many people don’t know they are part of a UBT. Truth is, everyone in the unit is a UBT member. And, as you’ll see in this issue, engaging with your team can change lives—including your own. Read on and see how. 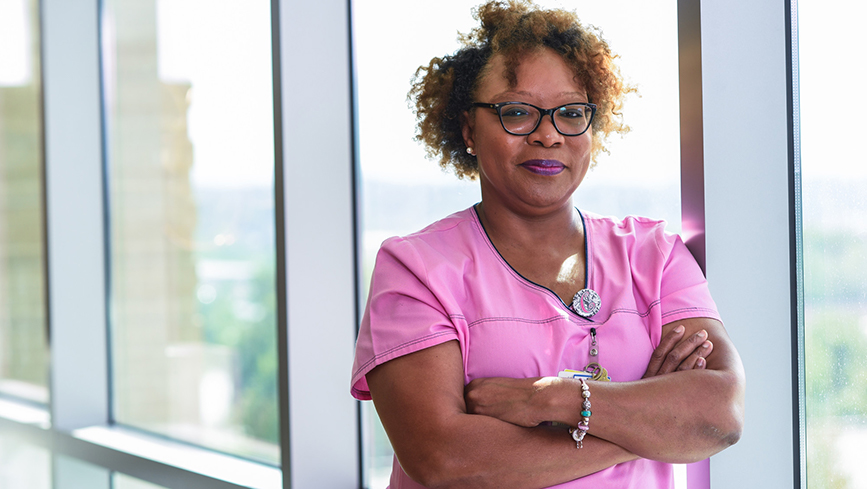 "When we first learned about working in partnership, I thought it would be difficult. I was a little skeptical and reluctant. It was hard to work with management because they’re actually your boss. I was part of a hiring team and felt uncomfortable speaking up to say why I thought certain candidates wouldn’t work.

Working as a team was very new to everyone. I wondered if there would be backlash or repercussions. Some employees didn’t feel secure about their jobs and didn’t feel like they even had a voice. One day, I realized they were the same as I was. I had a fear of speaking up and so did the managers. After I realized that, we were able to move forward. Employees, providers and everyone needed to have a voice. We needed to not only talk, but to make things happen. It’s been a lot of learning, a lot of great experience and growth.

When I first started out I didn’t see how you needed each person and each piece to make the company grow. The puzzle came together for me.

Now the communications piece is there. We work to be effective, efficient and see the broad picture. It’s amazing to see everyone come together with one common goal to fix things, such as patient wait times.

I enjoy it better now. I’m learning more. I like the results I have seen. Partnership is like you had a child two decades ago and they’ve grown up to be a successful person."

"I came to Kaiser Permanente in 2009 as a temporary employee answering membership calls about the H1N1 flu virus. I really wanted to work for KP, so when my temporary position ended and I was offered a full-time position, I jumped at the opportunity. I was happy to get my foot in the door and planned to work my way into a regional finance or administrative role. However, that plan changed when I heard about unit-based teams. It happened one day when I learned how employees could impact our annual bonus by improving outcomes on certain goals.

When I asked others if they knew that we could impact our bonus payout, no one seemed to know. The call center had several starts and stops with the unit-based team and we just couldn’t seem to make it work. I was voted in as labor co-lead and attended a training with my manager where we learned about representational models. This seemed like a possible solution for our employee team of about 90 members, which made it nearly impossible for all employees to attend a meeting together.

The Regional Appointing UBT covers six departments. Representatives from each area were voted in by the entire team to become part of the representative team. The reps created staff lists of about 10 to 13 employees they would each communicate with. Every month, reps huddle with everyone on their list, often just two or three people at a time, in between phone calls.

The model is working and as the largest UBT in the region, now with about 200 employees,yhe team ended 2015 with most of its goals reached on its scorecard. I’ve since left that role as a UBT co-lead and I’ve moved into the labor sponsor role for the building. Now we’re working on creating another representative team for specialty care scheduling. I didn’t expect to be with the call center seven years later, but this is where I want to be, mentoring teams." 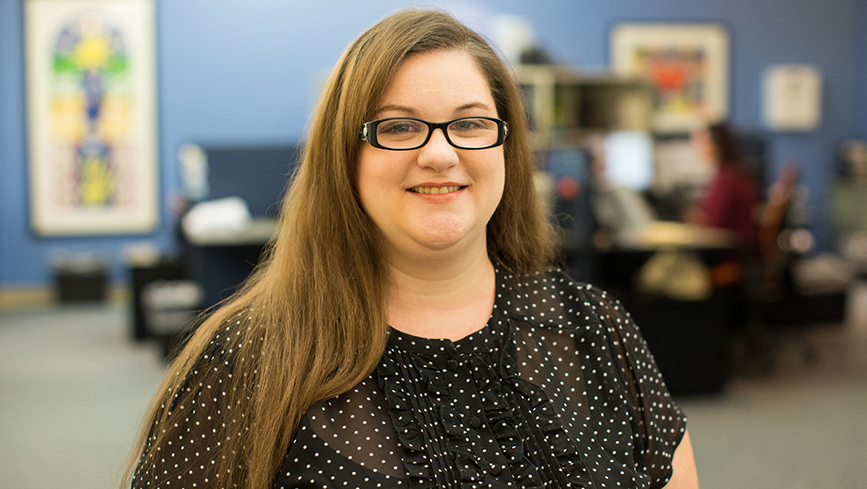 The power of being heard

"We used to have a representative UBT. It was hard for the reps to find time to meet, and there were no active projects. If someone made a suggestion, no one wanted to make the changes. Our views weren’t getting expressed. I felt no one would listen to us.

Then a year and a half ago, our UBT became all-inclusive. That means everyone in our department attends the monthly UBT meetings. We have only 20 employees, so switching was easy to do. With everyone at the table, there was talking and engagement. The supervisor was asking our opinions, “What do you guys want to try?” We started working on projects, and we made quite a few changes in the department. We’re here so many hours a day, if we can make this a happy place, then let’s find a way.

One project, in particular, had a big impact. Our department is responsible for notifying physicians of positive test results. Speed is important. But our turnaround time was too long. So we did some tests of change and discovered that when we paired up and consolidated key tests, times improved. The new approach is less stressful. When you work with another person, the pressure isn’t as strong and you don’t feel as overwhelmed.

When I started to see changes happening, I realized that management really is listening to us. That’s when I became involved in my UBT. I was chosen to be the labor co-lead in January 2016.

Our new UBT has brought more unity to the department. We’re not upset, we’re not frustrated and our workdays have become so much better."

Tips and Tools for Turning Skeptics Into Believers

Unit-based teams are our engines for change. Here are some ways to fuel them up:

Finding ways to involve everyone on the unit-based team can be hard to do, especially in large departments. If you’re struggling to involve your team members, download this tip sheet.

It’s important to find ways to reach everyone on the UBT. Download these tips to keep your team functioning smoothly and communicating well.

67 people found this helpful. Was it helpful to you? YesNo