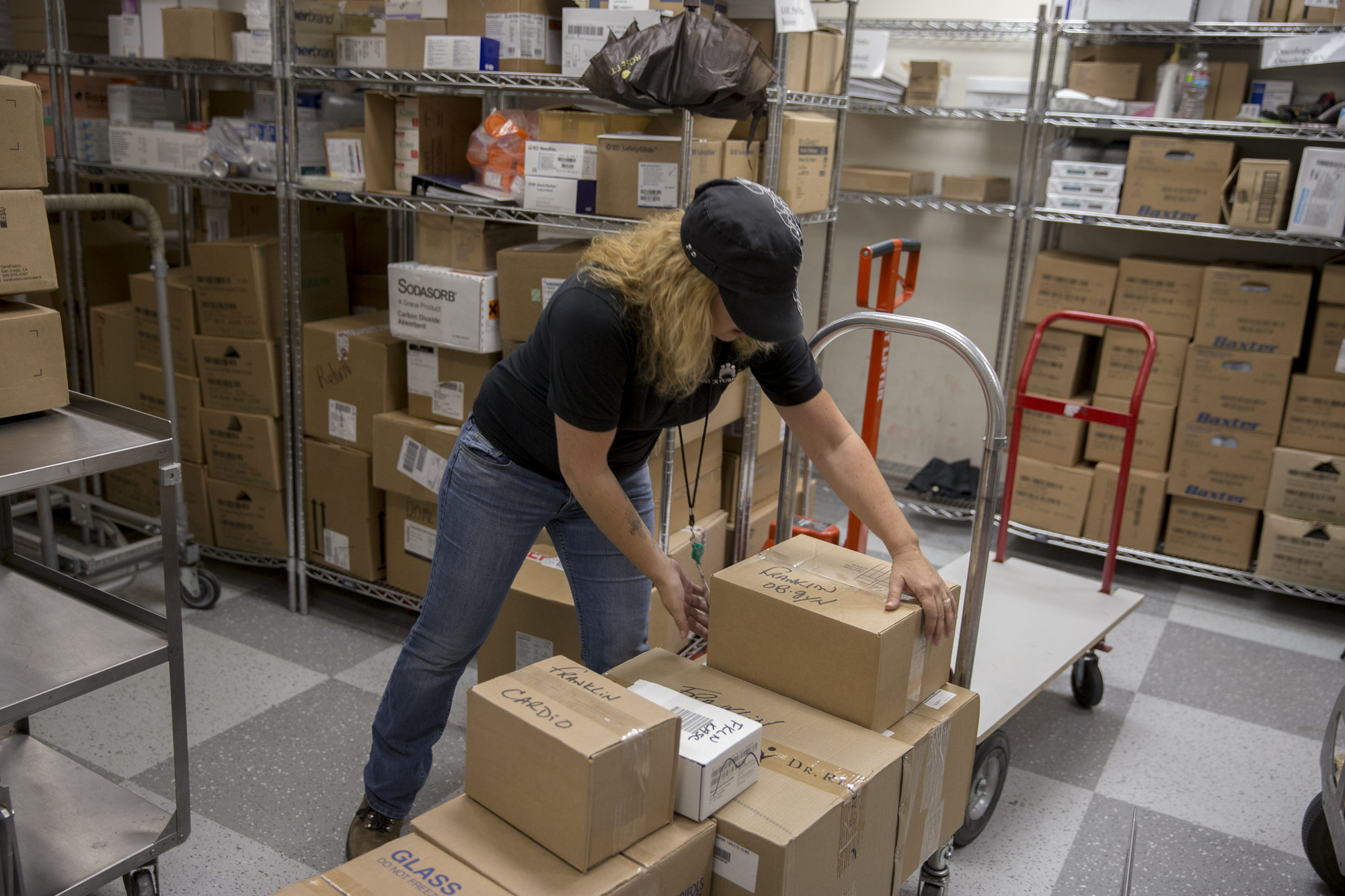 UBT saves big after objecting to outside contractors

The Colorado Couriers team is busy with 41 Kaiser Permanente facilities, more than 400 non-KP locations, and about 180,000 pickups and deliveries a year.

When it comes to outside contractors, the SEIU Local 105 contract requires that Human Resources provide the union with specific information about outsourcing, including who is doing the work, the affected job classification, the number of hours involved and what facilities were impacted.

That information wasn’t being provided, so Dominic Jones, a courier driver and Local 105 steward, objected.

“I saw that we were contracting out regular courier service, and it didn’t make any sense,” Jones says. “I knew that it was costing the company more money.”

As a result, the unit-based team took a close look at the department’s processes.

Team members collaborated with couriers in Northern California, who had done similar work, and discovered they could hire another employee, improve routes, reduce use of outside contractors—and still save money.

First steps were to work with internal customers to assess their needs, then reconfigure and bring routes in-house that had been contracted out.

They hired an additional employee to reduce overtime and outside courier costs on the weekends, and purchased new technology for central dispatching that enabled better tracking of pickups and deliveries.

Drivers got smartphones to receive information in real time, which made it possible to monitor drivers’ locations using GPS and find the closest driver for an unscheduled pickup.

In addition to new technology, the team worked with the region’s labs to ensure pickup times met the lab workflow.

“I am very supportive of the work our unit-based team has accomplished,” says Jones, who feels his concerns were addressed by the changes. “We are still outsourcing stat work that we can’t get to, but we are in the process of hiring on-call drivers, which will ease that burden.”

“We had many painful conversations about how to make this work,” says manager Terry Wagner. “But the team’s input was invaluable. Each individual has been a contributor at some point.”

For more about this team's work to share with your team and spark performance improvement ideas, download a poster.

28 people found this helpful. Was it helpful to you? YesNo