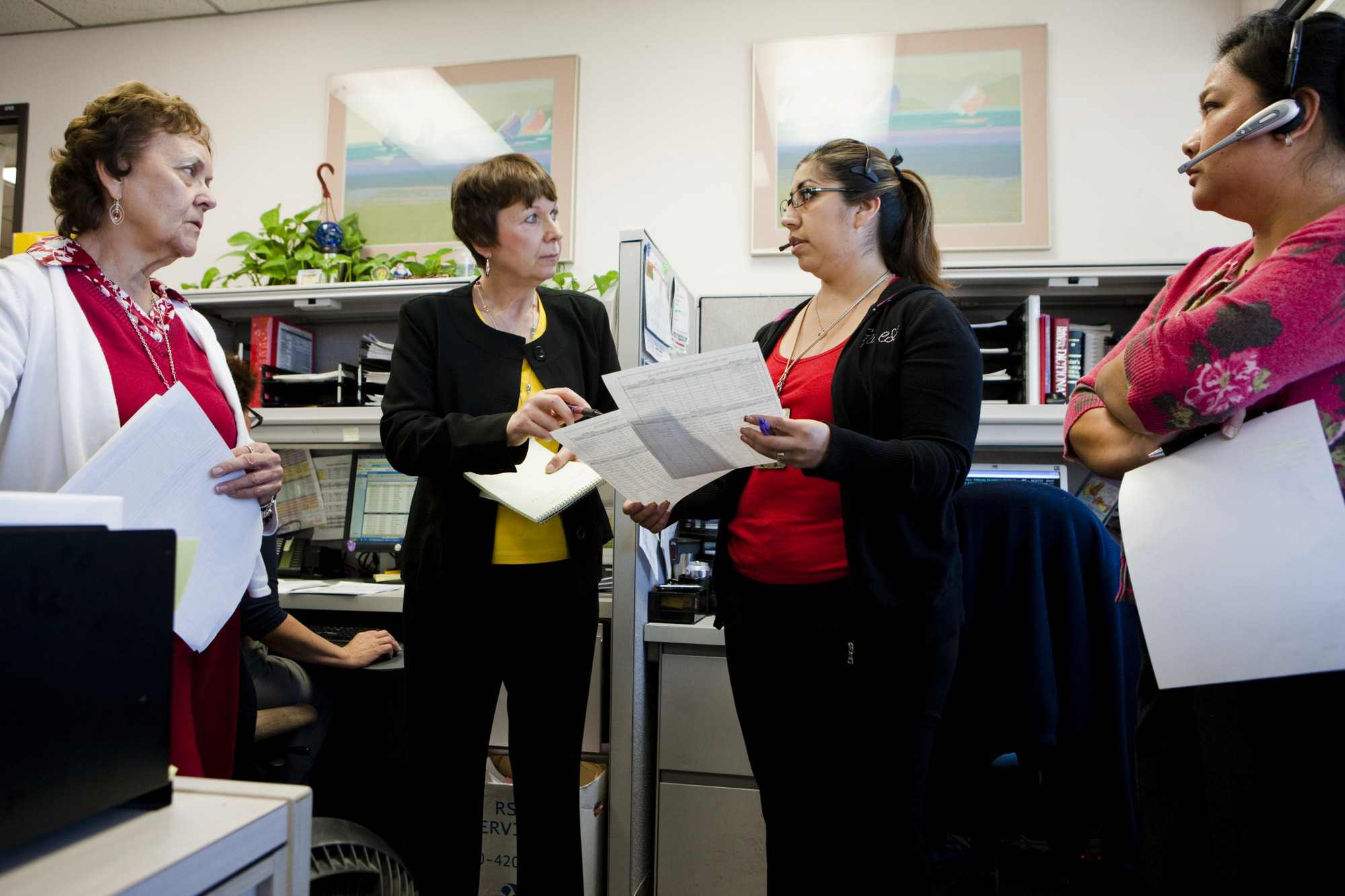 Summits have helped unit-based teams in San Diego, such as this one, improve their performance.

In addition to the training they provide, the events build energy and communicate priorities

Want to supercharge efforts to improve performance and help reach Kaiser Permanente’s strategic goals? Then bring unit-based team leaders together for a summit.

UBT consultants at several facilities in Southern California have organized summits that focused on Performance Sharing Program (PSP) goals, performance improvement strategies and affordability projects. All say they are seeing results in the forms of more robust UBT projects, clearer SMART goals, and stronger alignment between top medical center leadership and the work of UBTs.

After seeing teams improve service scores, reduce workplace injuries and save more than $160,000 in just four months in the San Diego service area, Sue Smith, a senior UBT consultant, concludes, “The overall experience was wonderful. Many teams had an exciting opportunity to network with other teams and learn new skills in a fun way.”

This spring, San Diego Medical Center hosted a UBT affordability summit, which brought together co-leads for a half-day to build the skills to tackle a new PSP goal for 2014 in the region: to increase the percentage of UBTs that successfully complete a project with hard dollar savings or improved revenue capture. (The projects are reviewed by finance departments to ensure they could lead to cost savings.)

Seated around large tables, UBT co-leads played a spirited game of “KP-opoly,” which offered a crash course in the organization’s finances. They heard from a UBT whose work resulted in cost savings. And they had time to work on driver diagrams and process maps for their own team’s affordability projects.

The year before, San Diego leaders—inspired by an event at the Riverside Medical Center—had held a more general, daylong UBT summit. That event brought UBT co-leads together for intensive training on performance improvement tools and created a space for them to refine their existing projects. Deadlines were set for finalizing driver diagrams and process maps, beginning tests of change and formulating sustainability plans.

The effort culminated in a UBT fair that showcased the projects that had begun as mere inklings at the summit: The ultrasound UBT demonstrated how it had gone injury-free for six months (it had been having at least one injury per month); the diagnostic imaging department boosted patient satisfaction scores from 87 percent in May 2013 to 93 percent in December.

Leaders at the Woodland Hills Medical Center followed the same playbook, hosting an LMP summit in April that launched an array of of affordability projects to be showcased at a UBT fair scheduled for mid-July.

Getting key people together to advance an agenda or devise a strategy can be helpful for growth, but some simple steps will ensure success. Here's how:

At Fontana and Ontario medical centers, UBT staff used the summit model to mobilize the workforce around all of the region’s PSP goals. Top leaders from both management and the unions kicked off the day, then gave subject matter experts each 10 minutes to discuss the goal (whether it be service, workplace safety, attendance, etc.) and challenge co-leads to take on a performance improvement project to tackle it. A highlight was an impassioned and dramatic account from Roy Wiles, president of Steelworkers Local 7600, about a union member who did such a good job of saving up unused sick time that he recently retired with a five-figure nest egg in his Health Reimbursement Account.

The key to attracting co-leads to the summits, the consultants say, is to plan well in advance and to enlist top leadership to encourage participation. That lets managers and employees make plans for attending while ensuring their departments’ operational needs are met.

“This is part of their work,” says Priscilla Kania, senior UBT consultant at Ontario. “Your leaders are inviting you. People are excited to be in the room with top leaders.”

Has your facility or region held a summit? Let us know all about it!

Your leaders are inviting you. People are excited to be in the room with top leaders.

Priscilla Kania
Senior UBT consultant at Ontario Medical Center
48 people found this helpful. Was it helpful to you? YesNo