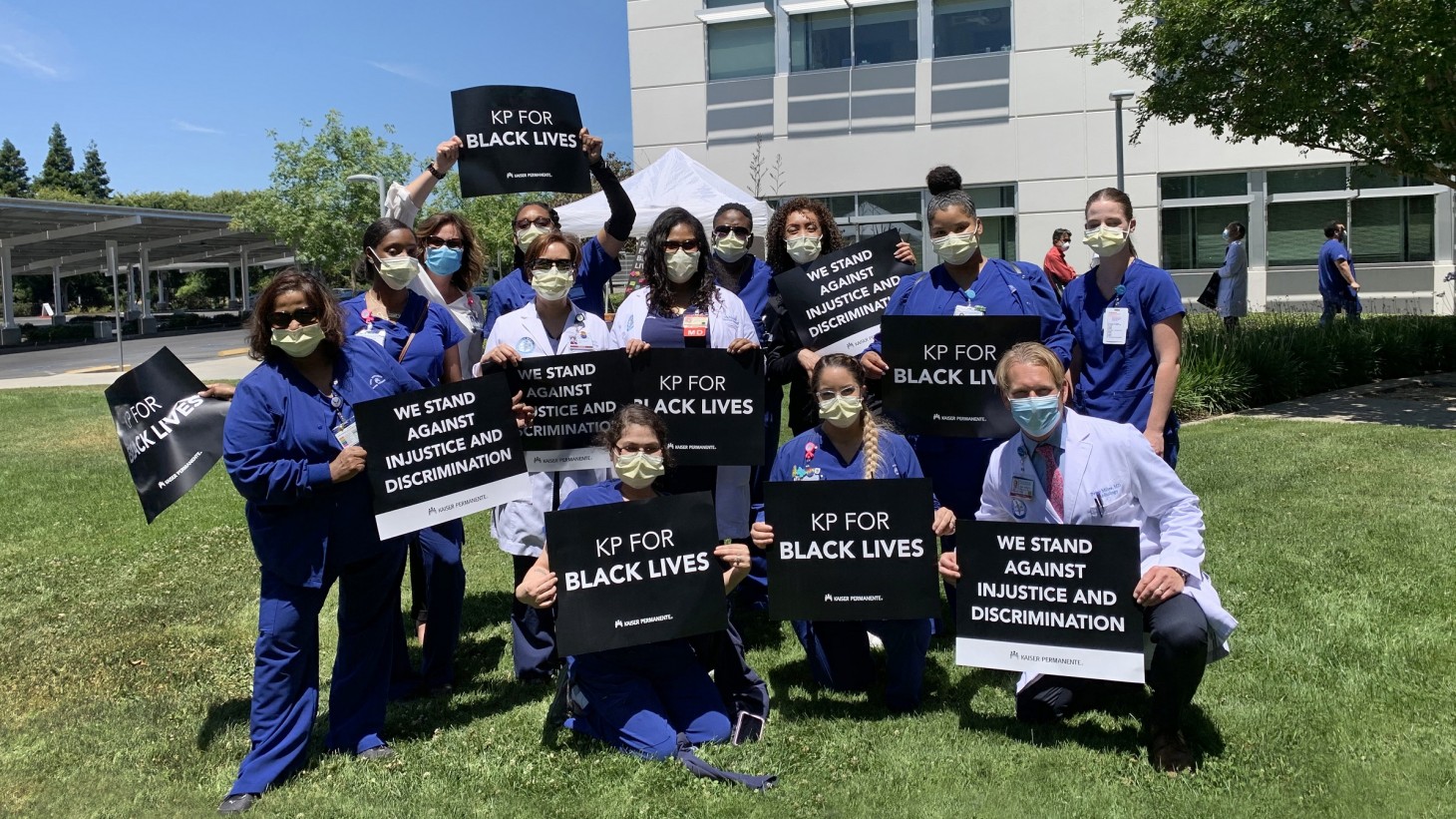 Spurred by nationwide protests against racism and social injustice, unit-based team members are launching cultural  competency projects aimed at delivering more equitable outcomes for their patients by looking closely at their own beliefs.

“To give our patients the support and resources they need, we have to start with ourselves and our own biases and cultural competence,” says Seifert, labor co-lead for the North Baltimore Behavioral Health team and a member of UFCW Local 27.

Team members, who are represented by unions belonging to the Alliance of Health Care Unions and the Coalition of Kaiser Permanente Unions, began a monthly lunch-and-learn series about bias awareness in November. Activities include a pre- and post-evaluation and guided learning exercises that stimulate conversation about differences.

“It’s very informative,” says Regina Foreman, a mental health assistant and member of OPEIU Local 2. “I’ve learned a lot, especially about implicit bias. The training is helping me be more aware of my own biases.”

“We need to be able to talk about our own privileges and our own biases,” Whiting-Davis says. “I hope it will help people practice having those discussions that, ultimately, will translate into the work we do with our members.

Eager to protect their young patients from the effects of racism, members of the Southwood Pediatrics team in Jonesboro, Georgia, began by educating themselves. They held listening sessions for staff and read about the impact of intolerance on children.

Their efforts informed discussions on ways to create a more welcoming environment for patients, families and each other. Ideas include a coloring contest featuring uplifting images, adding diverse artwork to the department and creating resources for families coping with racial biases.

Next steps call for staff members to vote on the most promising proposals for further action.

“We want all cultures and races to feel welcome when they come to our pediatrics unit,” says Stephanie Henry, MD, physician co-lead of the Southwood Pediatrics team. “We all have biases. We need to be open and honest about how to confront them. Then we can build bridges to start having conversations about the patient’s health.”

With reporting by Brenda Rodriguez and Tracy Silveria.

Ready to help your team build a work environment that promotes belonging, empathy and allyship? Check out these equity and inclusion resources for frontline workers and managers:

18 people found this helpful. Was it helpful to you? YesNo