How to Climb the Path to High Performance 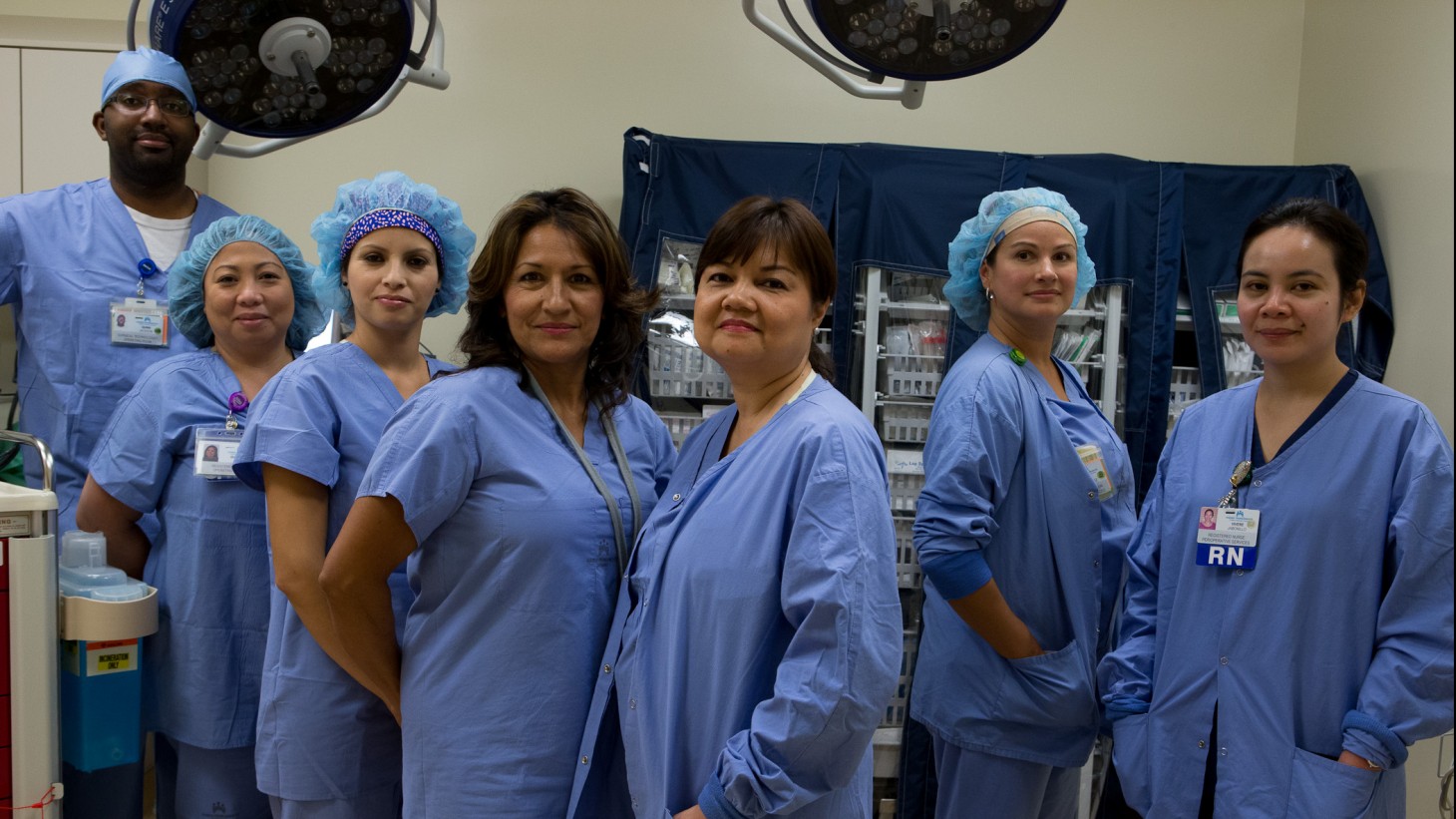 Kaiser Permanente and the Coalition of Kaiser Permanente Unions set an ambitious goal in the 2012 National Agreement: to have 75 percent of all unit-based teams achieve high performance by year-end 2014—for good reason. As teams develop, they deliver better, more affordable care and a better work experience.

There’s work to be done. More than 60 percent of teams in Georgia, Hawaii and the Northwest are meeting the goal, but overall, just 52 percent of KP’s 3,500 UBTs program-wide were rated high performing as of June 30.

The good news is that nearly 1,800 teams across KP have hit their mark, built performance improvement into their everyday work, and are showing other teams how to do the same.

The Perioperative UBT at Ontario Medical Center in Southern California is one of those teams.

“It’s about having everyone involved and engaged,” says Michelle Tolentino, RN, one of the Perioperative UBT’s union co-leads and a member of UNAC/UHCP. “We attended UBT training together, got results on our first project (safely reducing patient stay times) and kept rolling.”

The 11-member representative team, which covers more than 60 nurses, surgical techs, medical assistants and others, reached Level 5 on the five-point Path to Performance soon after forming in 2012. Like many other teams in the region, it saw its rating drop in 2013 after a labor dispute led union members to suspend their UBT involvement. When the issue was resolved, the team regrouped and quickly regained its Level 5 rating.

The team does a few key things right that helped it achieve and now maintain its high performance. Those can be modeled by other teams aspiring to Levels 4 and 5 status:

Calling UBTs “the single most powerful vehicle we have at KP to empower employees and lead change,” he notes that physician leaders at the medical center have supported UBT development and helped overcome barriers.

“Staff and physicians need to have the time to consistently make it to UBT meetings,” he says. “Even if it means bringing in someone to cover part of a shift, that is more than paid back by the cost savings and organizational benefits that come out of UBTs.”

The benefits accrue to the workforce as well as patients.

“We have a say in our work process,” says Robert Kapadia, a certified registered nurse anesthetist and member of KPNAA. “I come to the table as an equal partner and advocate for others on the team, and for our patients. Our UBT is a way to solve problems and move forward, not just complain.”

Dr. Winnick adds: “There’s not a single member of our team who hasn’t contributed an idea or helped make us better. That’s a measure of a performance. We all have different skills and perspectives, and we bring all of that to our team.”

Successively proceeding along the Path to Performance is truly a team effort. But how do you get everyone involved?

Use these tips and tools from high-performing teams and reach Level 5.

number of UBTs across KP that reached high-performing status as of June 30, 2014.

45 people found this helpful. Was it helpful to you? YesNo