Making the Point About Needle Safety 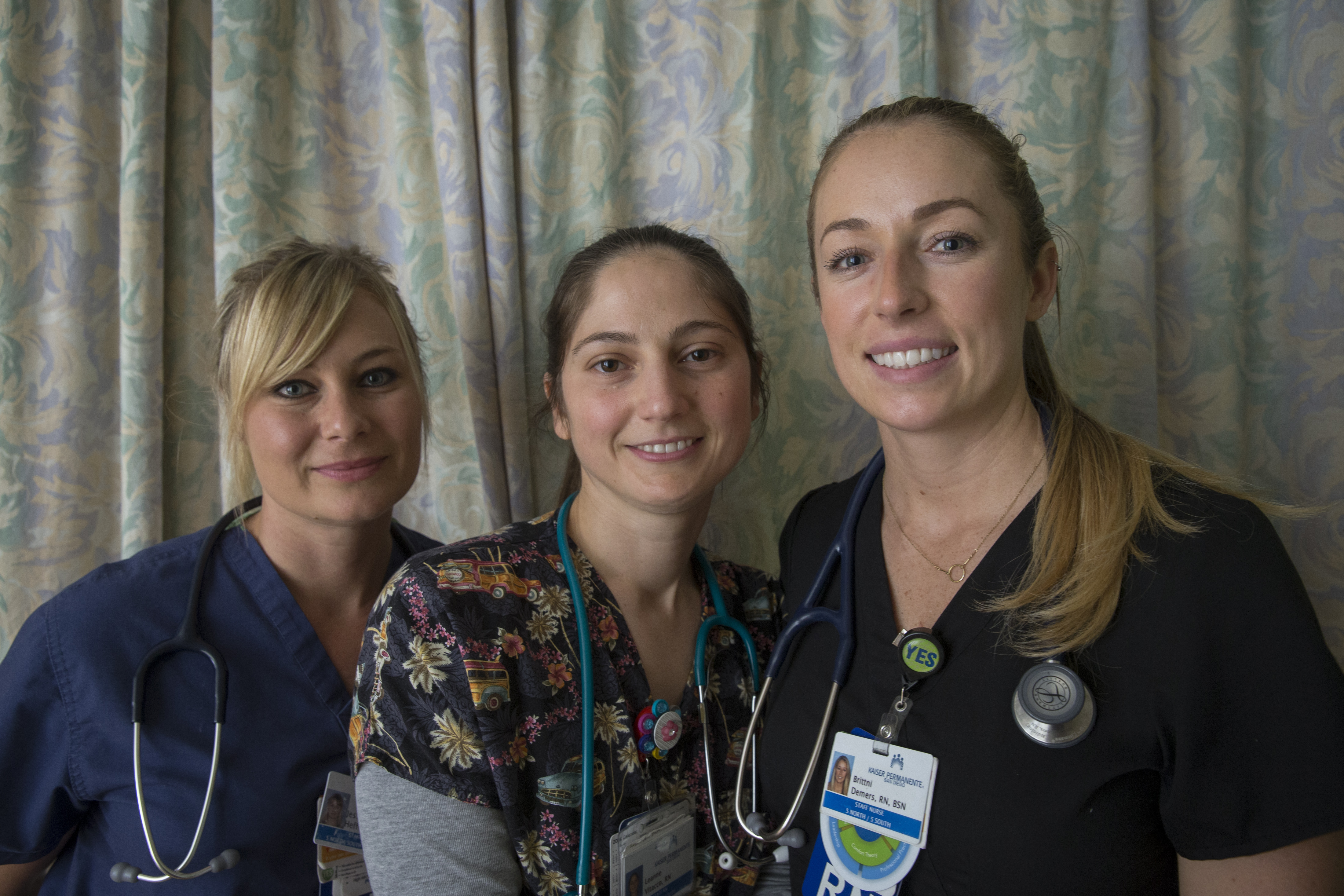 A team of nurses seeks out a safety solution

Do you doubt you can lead changes that make Kaiser Permanente a better—and safer—place to give and get care?

A small group of nurses at the San Diego Medical Center showed that leading change is, in fact, part of their job.

Brittni Demers, RN, and three of her colleagues spearheaded a successful effort to reduce needlestick injuries, and now their expertise is being tapped throughout Kaiser Permanente to bring the voice of frontline workers to safety initiatives.

Demers, a member of UNAC/UHCP, is on KP’s National Sharps Safety Committee. It is one of the many sourcing and standards teams that advises KP on everything the organization buys—and it is the only one with union representation. As such, it gives the caregivers who actually use needles, scalpels and other sharps a way to influence purchasing decisions. It also impacts workplace safety and tools workers use every day.

From July to December 2013, a huge remodeling project at the hospital shut down two medical-surgical units, leaving several nurses temporarily without anywhere to work. Demers and RNs Jessica Heffern, Leanne Vitacco and Lucas Pepin got together to tackle a problem that had been concerning them: needle and sharps injuries. By July 2014, the team’s project had led to an astounding 76 percent decrease in needlestick injuries in inpatient nursing units. There were similar improvements for all sharps injuries throughout the San Diego service area.

Here’s what the team did:

Only two years out of nursing school, Demers quickly saw that “real life” didn’t always comport with what she had learned in her classes. “You go to school, you learn correct techniques, then you go into a hospital and it’s different,” she says. “People like doing things their way.” The team devised a quick refresher for nurses, by nurses, that emphasized what the evidence and research said about safe needle handling. The nurses traveled from unit to unit in the hospital, and to some outlying clinics, to make their case. “When you emphasize safety—our own and the patients’—and provide the supplies, then people will do it,” she says.

“The peer-to-peer approach was effective because the team understood the nurses’ day-to-day concerns,” says Mark Trask, the director of environmental health and safety in San Diego. “There is empathy and understanding, which allows for more dialogue.” In addition, because the trainers were registered nurses, they could spell other nurses for the 10-minute refresher. More than 700 nurses, physicians and lab techs took the training.

While demonstrating safe needles to other units, the team members often would hear, “Oh, we don’t have that one.” So they got to work standardizing the needles throughout the medical center. “We went through every single medication room,” says Demers. “They became supply chain experts,” says Trask. By adjusting the types and amounts of equipment, they also reduced waste and saved money.

These nurses now participate in incident investigations when there is a needlestick injury, which is an important part of the region’s workplace safety program. Plans are in the works to spread the training to primary care departments in the ambulatory setting.

Demers’ participation on the National Sharps Safety Committee extended her reach system-wide. The committee field tests safety sharps in every KP region to identify products that most effectively prevent injuries. Based on user feedback, the committee selects the highest-rated safety sharps as KP’s national standard.

Why did the four frontline nurses step up? For Demers, the answer is easy: “You have to be focused on safety when you have a needle in your hand.”

When you emphasize safety—our own and the patients’—and provide the supplies, then people will do it.

21 people found this helpful. Was it helpful to you? YesNo