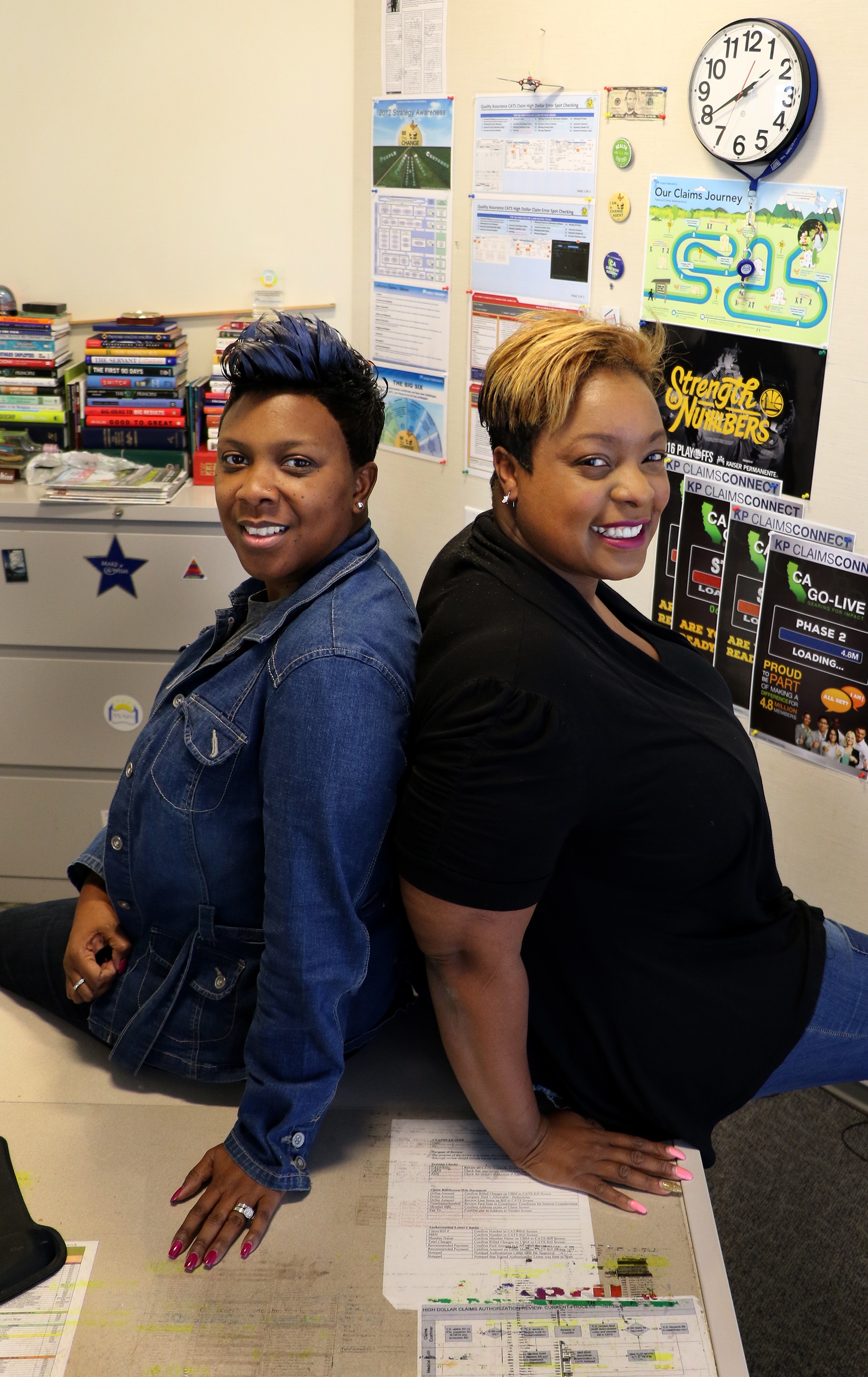 They finish each other’s sentences; they call each other “Mrs.”; they praise in public and correct in private.

They’ve been together for three years, but they’re not married (to each other, that is)—they’re the unit-based team co-leads in the National Claims department, based in Oakland. Since co-leads frequently move on to new positions, Moore-Mohead and Harris are a long-term couple in the world of UBTs.

“We are all for the team,” says Harris, a national claims processor and OPEIU Local 29 steward, the UBT’s labor co-lead. “Praising workers’ effort or accomplishments helps keep morale up and folks engaged in their work.”

“Being transparent is key to succeeding as a team,” adds Moore-Mohead, the department’s processing supervisor and the management co-lead. “Also, honest, clear, concise communication is a must. So is having fun.”

They share stories and photos of their families, they tease each other about maybe not needing that sugary snack, and they can tell when the other is “in rare form.” Even on days when stress is high, the two know when to give each other space or when to say, “Let’s talk it out.”

“We are free to bounce ideas off of each other, without fear of being shot down,” Harris says.

The positive vibe and mutual respect between the co-leads is apparent, but they are clear that they don’t mix outside of work time to alleviate any appearance of favoritism.

“I love that Antronette is passionate about her work. She operates from the perspective of ‘there is no Big Me, little you,’” explains Harris.

The department they lead is responsible for collecting fees and processing claims from services performed outside of Kaiser Permanente facilities. Last year, the high-functioning Level 4 team of 39 claims processors and examiners, who are represented by OPEIU Local 29, saved more than $6 million by negotiating better rates for services rendered outside of the network.

“It’s important to pay it forward,” says Moore-Mohead. “We want to make sure we are growing our team and others have opportunities to learn.”

Does Your Relationship Need a Tune-Up?

Building trust and keeping lines of communication open is an ongoing process for team co-leads. Here’s a list of qualities that will help you have a good working relationship, minimize stress and deal more easily with issues when conflict does arise. Are there any you’ve been neglecting?

22 people found this helpful. Was it helpful to you? YesNo