This Plan Was Made for You and Me 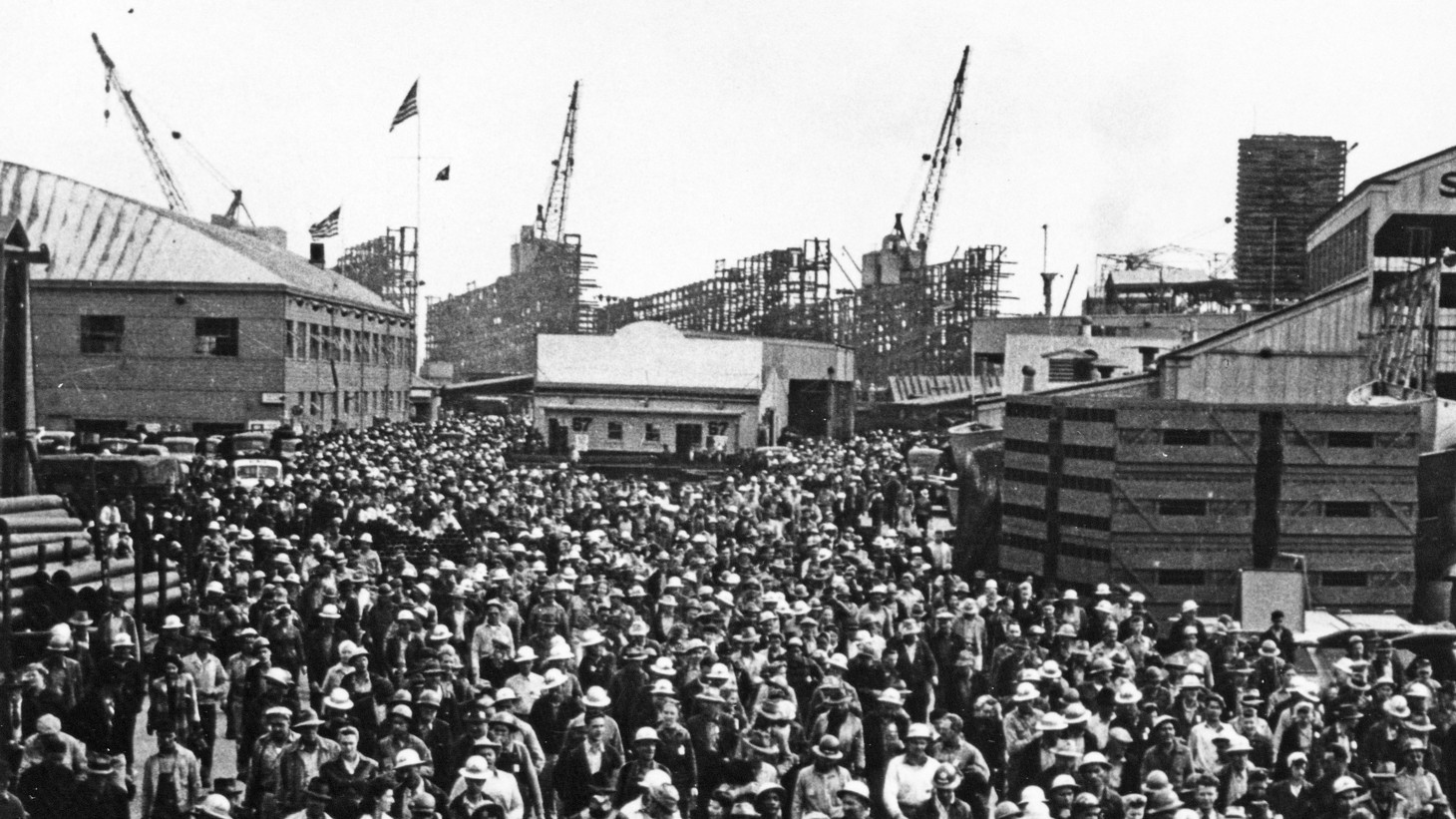 A 1943 shift change at the Richmond shipyards.

A whirlwind tour of KP and union history

The health care program now known as Kaiser Permanente began in the Mojave Desert when Dr. Sidney Garfield, fresh out of medical school, opened a clinic for 5,000 Colorado River Aqueduct workers in 1933. Dr. Garfield soon found his practice foundering because insurance companies were sending the most serious—and most profitable—cases to Los Angeles hospitals. He developed a prepaid plan with a focus on safety and illness prevention, and it worked. The hallmarks of what would become the Kaiser Permanente Health Plan—prepayment, prevention and group practice—were forged here, but it would be 12 years before members of the public could join.

In 1938, Henry J. Kaiser and his son Edgar persuaded Dr. Garfield to create a similar medical program for workers building the Grand Coulee Dam in Washington.

With the traditional labor pool—young, healthy white males—serving in the military, thousands of African Americans and other people of color migrated to the shipyards, securing good union jobs after the long hurt of the Great Depression. Women came out in force, too. The Permanente Foundation Health Plan, both the on-the-job care and the broad coverage of the 50-cent-a-week supplemental plan, was extremely successful.

For the first time in their lives, ordinary people could count on affordable medical care. 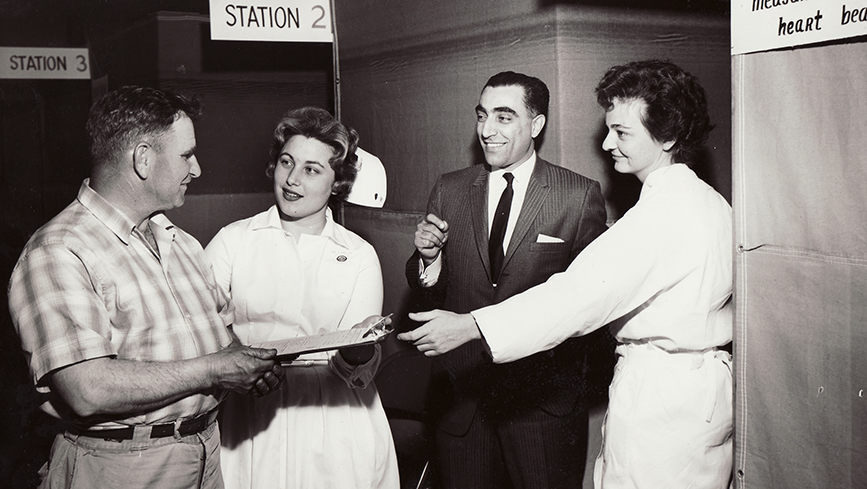 A longshore worker signing up for a "multiphasic" exam, which provided a comprehensive health assessment, in 1963.

On July 21, 1945, with the war in Europe over and the shipyards beginning to close, the Permanente Foundation Health Plan opened to the general public. A year later, on Aug. 1, 1946, Dr. Garfield signed the Permanente Foundation’s first union contract, with the CIO-affiliated Nurses’ Guild. The contract, in a first for Alameda County hospitals, established a 40-hour workweek, down from 48 hours.

Key support for the Permanente health plan came from unions. Harry Bridges, president of the International Longshoremen and Warehousemen’s Union, was an early advocate. He defended the plan against attacks by professional medical associations, whose members called prepaid group practice unethical, and brought all 6,000 ILWU members on the West Coast into the plan. Almost 15,000 members of the Retail Clerks Union in Los Angeles, a large and prominent union led by Joe DeSilva, joined in 1951.

But by the mid-1960s, financial pressures began creating divisions. In 1966, registered nurses in Northern California, represented by the California Nurses Association, became the first nurses in the state to conduct a work action. Major strikes erupted in 1968 in both Northern and Southern California. The strife simmered, and in 1986, a seven-week strike by SEIU Local 250 had some 9,000 clerks, certified nursing assistants and technicians walking the picket line at 14 Kaiser Permanente facilities in California. The action didn’t prevent a two-tier wage restructuring plan, but there was one positive outcome: The first Joint Conference on Service Issues, a precursor to the Labor Management Partnership agreement. 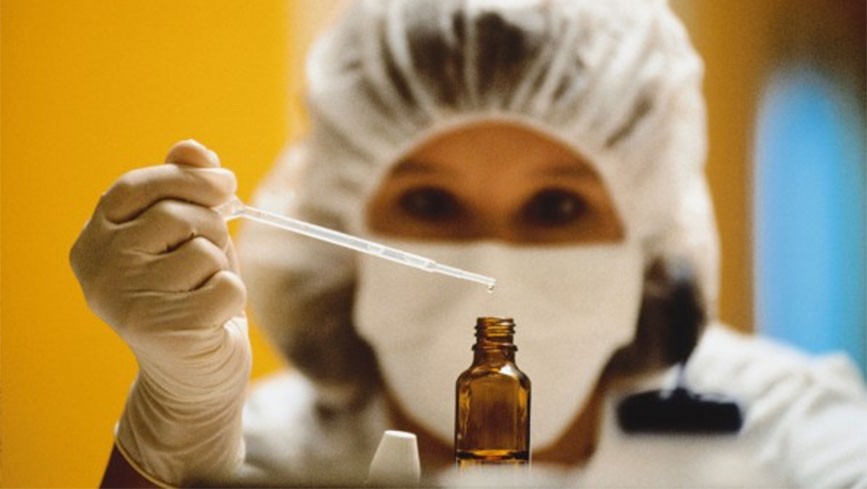 The 1990s brought stiff competition from for-profit insurers; the decade would include, in August 1998, a record $48 million loss for Kaiser Permanente. The outlook was dire.

Part of the turnaround came in a new model of labor and management working together. Kaiser Permanente had adopted a tough labor relations stance, and in 1996, in response, a number of the unions representing KP workers formed the Coalition of Kaiser Permanente Unions. The coalition was planning a major campaign against KP when its leaders settled on an alternate strategy—demanding a greater voice in how to best run the giant health care plan.

In 1997, Kaiser Permanente and the AFL-CIO announced the creation of the Labor Management Partnership, a partnership that would give union workers a more active role in decision making. John Sweeney, president of the AFL-CIO, praised the agreement: “It is my hope that together we can fully realize the vision our predecessors had when Kaiser was originally founded in the 1940s—an affordable, high-quality health plan for working families.”

And Harry Caulfield, MD, the then-executive director of The Permanente Medical Group, commented, “When we work together, then we’re able to progress together. But without each other, neither one of us will be able to accomplish anything near what we could accomplish together.” 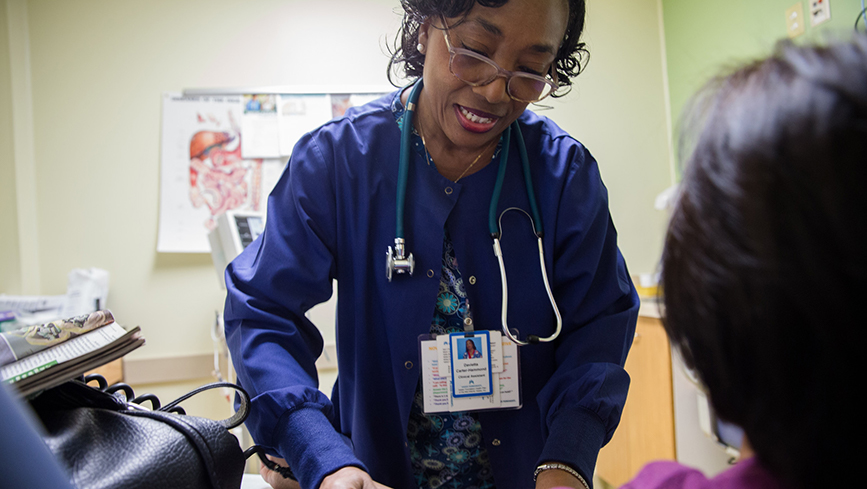 Davietta Carter-Hammond has helped her UBT at Fall Church Medical Center increase the percentage of hypertensive patients whose blood pressure is under control.

The Labor Management Partnership’s 2000 National Agreement was a visionary document—and each national agreement since then has created new milestones, from the formation of unit-based teams in 2005, to the Path to Performance in 2010, to the Total Health Incentive Plan in 2012. A tentative 2015 National Agreement was reached in June and is expected to go into effect Oct. 1.

“We’re on year 18 of a remarkably successful strategy,” says Hal Ruddick, executive director of the Coalition of Kaiser Permanente Unions, which now includes more than 80 percent of KP’s unionized workforce. “Partnership pays off for workers, members and patients, and Kaiser Permanente.”

Today, the partnership’s 3,500-plus unit-based teams are the engine of performance improvement at Kaiser Permanente, bringing frontline workers, managers and physicians together to figure out how to improve care and service for KP’s members and patients, improve affordability and create the best place to work. Teams are rated on the Path to Performance, and studies have shown that high-performing UBTs have better clinical outcomes, better service scores, better attendance and fewer workplace injuries than low-performing teams. The work done by UBTs contributes directly to KP earning prestigious accolades such as Medicare’s 5-star rating.

“Kaiser Permanente leads the industry because it is a great place to work and a great place to receive care—and the two are inseparable,” says Dennis Dabney, the senior vice president of National Labor Relations and the Office of Labor Management Partnership.

53 people found this helpful. Was it helpful to you? YesNo