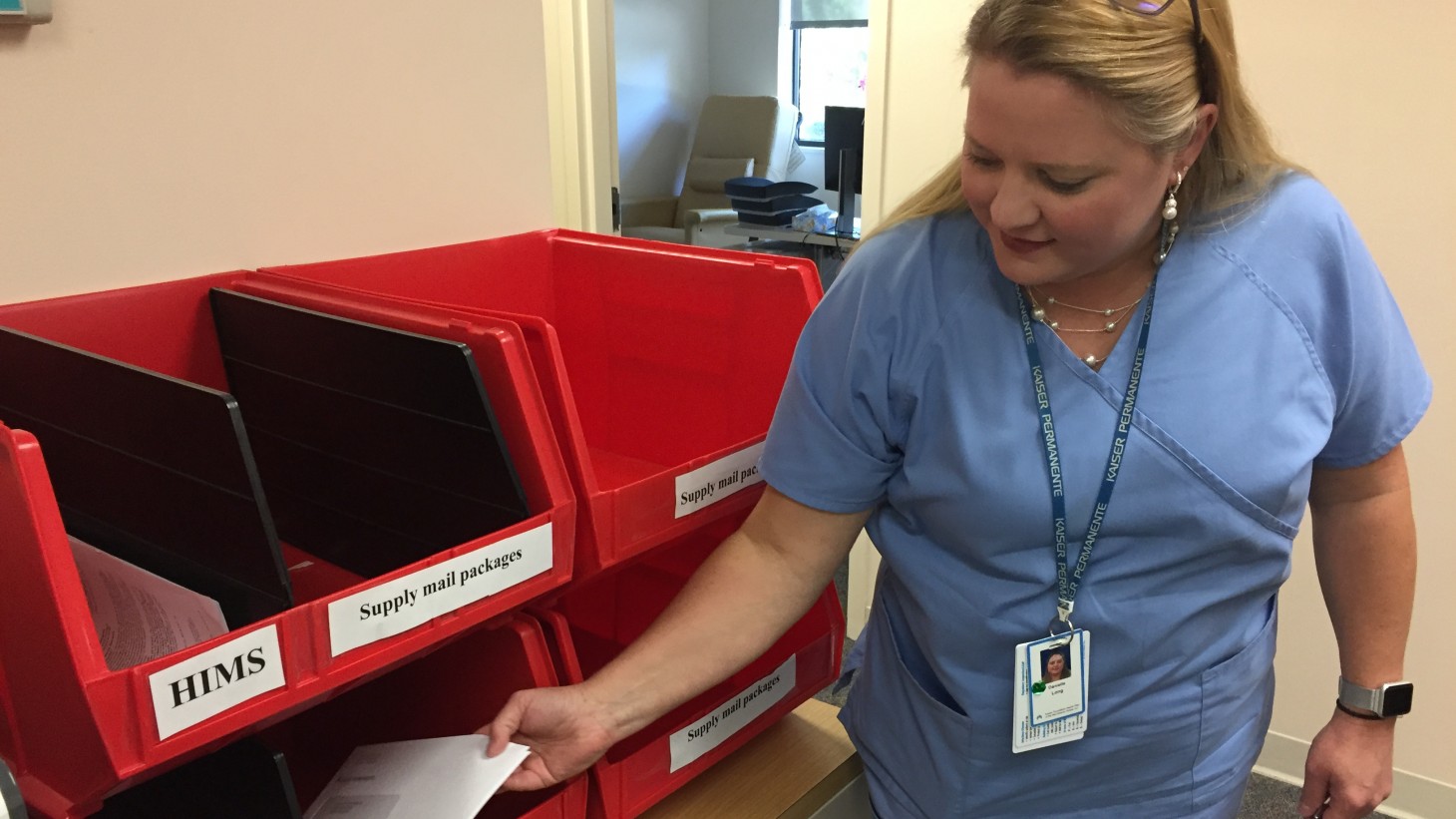 Mailing supplies directly to patients turned out to be efficient and popular.

That’s what the Sleep Medicine team in Falls Church, Virginia, discovered when it purchased padded envelopes and a postage machine and launched a service that allows patients to receive — and return — sleep therapy supplies by mail. Thanks to the team’s new approach, patient complaints about supplies dropped from multiple times a week to zero in 3 months between February and May 2019.

“Our patient satisfaction has really gone up. No complaints,” says Danielle Long, sleep apnea coordinator and the team’s labor co-lead who is an OPEIU Local 2 member.

This effort to fix a broken process is a powerful example of how management and labor can work together to improve service, access and affordability.

“Every single one of us contributed to making the workflow easier,” says Alireza Mallah, sleep apnea coordinator and a member of OPEIU Local 2.

Most patients seen by the team suffer from sleep apnea, a condition in which breathing is often blocked or partly blocked during sleep. To detect sleep apnea, patients wear a portable monitoring device. Treatment involves using a machine that delivers air pressure through a mask while sleeping.

As a service to patients, clinic staff arranged for members to pick up the sleep study devices and respiratory supplies at one of 10 medical office buildings in the area.

But patients sometimes were slow to retrieve the equipment and supplies, which caused storage problems. At other times, supplies were incorrect, late, or missing — frustrating patients and staff. And because the team relied on in-house couriers to make the deliveries, there was no way to track items, causing waste.

“It wasn’t a user-friendly process,” explains George Sweat, the team’s management co-lead and director of Medical Specialities. “There was no reliable system for supplies to get from point A to point B, and some members would get duplicate supplies because we had no way of tracking them.”

“Why don’t we mail these supplies?” team members wondered aloud. But without guidance or goals, the talk remained just that: talk. Solutions seemed like a “myth to everybody,” Mallah recalls.

Then Sweat arrived in March 2018 with a fresh perspective and a zeal for data.

“The breakthrough was looking at the numbers,” says Sweat, who discovered that 25 sleep study devices were lost in 2018, totaling $120,000 — money the team could have saved or spent elsewhere.

He shared his findings with the team and helped set goals to mail all supplies by June 2019 and reduce the annual cost of respiratory supplies by 20 percent. Along the way, they would survey patients to see if their efforts improved member satisfaction.

Using the Plan-Do-Study-Act model, the team started out with small tests of change. Team members bought a postage machine that enables them to track shipments and experimented with different envelopes.

“For the first week or two, it was a little rocky,” explains Long. “We started out slowly.”

Now the team mails most supplies to patients, who have the option of picking up and dropping off equipment at the Falls Church location. The team also streamlined the inventory of respiratory supplies, eliminated the use of couriers, centralized distribution of equipment, and introduced paperless billing.

“We’re capturing 100 percent of the revenue,” says Sweat, who estimates the department has saved more than $111,000 in the first four months of 2019, putting it on track to meet its financial goal.

Because patients can return the sleep study devices by mail quickly, staff can put the equipment back into circulation faster, enabling providers to diagnose patients within days instead of weeks.

Patients are happier, too. As of August 2019, 96 percent of patients surveyed said they prefer receiving their supplies by mail rather than traveling to pick them up.

What’s more, team members say performance improvement has made their work lives easier. “I don’t have to work as hard to satisfy my patients,” says Mallah.