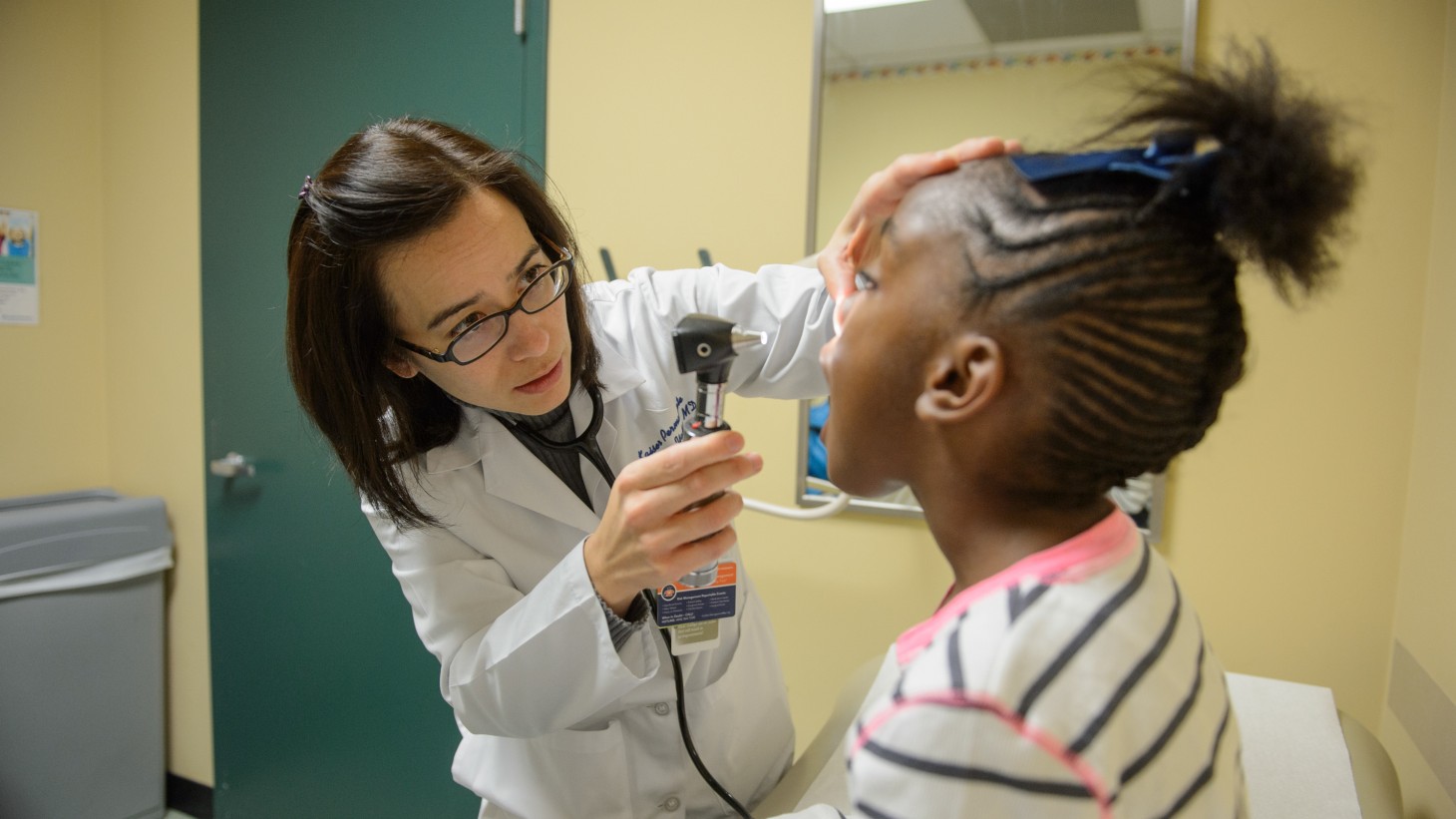 On one level, the pediatric clinic at Georgia’s Panola Medical Center Offices is like any other pediatric clinic. Babies squawking and squealing are part of the soundtrack—and under that, there’s the murmur of parents and nurses cooing to get the little ones to stop crying.

But the Panola clinic’s unit-based team stands out. Its members work at one of the several pediatric clinics in KP’s Georgia region that have significantly improved preventive care and screenings for their young patients, who range in age from newborn up through their teens.

The pediatric teams have achieved these goals in the midst of competing demands by staying laser-focused on a handful of quality measures in the Healthcare Effectiveness Data and Information Set, or HEDIS.

The work is a good example of how, instead of driving an agenda from the top down, achieving a goal can be inspired by engaging frontline teams in understanding how they contribute to KP’s brand promise of total health.

“The teams are not ‘being told what to do,’ but rather they see the big picture and see what they can do to affect it,” says David Jones, MD, Georgia’s physician co-lead for UBTs. Dr. Jones says he and his labor and management LMP counterparts stay abreast of Georgia’s regional goals and priorities, then work with UBT consultants to communicate those to frontline teams.

“We incorporate UBTs as a lever to execute our clinical goals,” says Dr. Jones, creating a vital loop of communication and support.

One of the Panola UBT’s successes has been to increase the number of girls getting the human papillomavirus vaccine (HPV) by their 13th birthday. The vaccine can help prevent a virus that increases the risk of cervical cancer.

The project kicked off in October 2011. At the time, the team wasn’t tracking how many of the girls in the target population had received the vaccination, which is delivered in a series of three shots over six months. The team’s initial goal was to get 5 percent of the girls eligible for the shot vaccinated. In the first six months, the team succeeded in getting 10 percent of the target population started on the series—and by October 2013, nearly 20 percent had gotten the complete series, a significant achievement. While it has yet to reach the national HEDIS average for the vaccination, the team is steadily closing the gap.

Team members achieved these results by working with the clinic’s information technology staff to get a list of patients—11- and 12-year old girls—who needed the vaccine. They contacted parents and made appointments. In the exam room, nurses discussed HPV and the importance of the vaccine with patients and their parents.

And they worked with their IT colleagues again, modifying the computer system so they could book appointments six months in advance. That allowed them to act on a crucial step—scheduling visits for the two follow-up booster shots right then and there.

“Some parents think we want people to come back in for appointments because we want the co-payments,” she says—but in fact, if the shots aren’t completed in the proper time period and the immunization series needs to be started all over, it requires even more visits. To avoid that, she says, “Scheduling a nurse visit for the second and third vaccines has become a part of our workflow.”

That kind of hard-wiring of successful practices is the holy grail of performance improvement.

As labor co-lead Boyd puts it, “Our projects are not ‘projects.’ They are ongoing.”

In addition, Dr. Jones says, the integration of partnership and performance is taking place at all levels in the region.

For example, he says, physician leaders “integrate the Labor Management Partnership and performance improvement into existing meetings so it is not viewed as outside those discussions.”

As a result, when Georgia earned a five-star Medicare rating in fall 2013 for the first time—bringing all of KP’s regions into that rarified club of health care excellence—Rob Schreiner, MD, the region’s executive medical director, specifically credited UBTs and the culture of continuous improvement for the achievement.

Driven by those two engines, says Schreiner, “We’ll improve quality, service and affordability at a tempo that exceeds that of our competitors.”

Some parents think we want people to come back in for appointments because we want the co-payments. But in fact, if the shots aren’t completed in the proper time period and the immunization series needs to be started all over, it requires even more visits.

51 people found this helpful. Was it helpful to you? YesNo