When Every Day Is Partnership Day 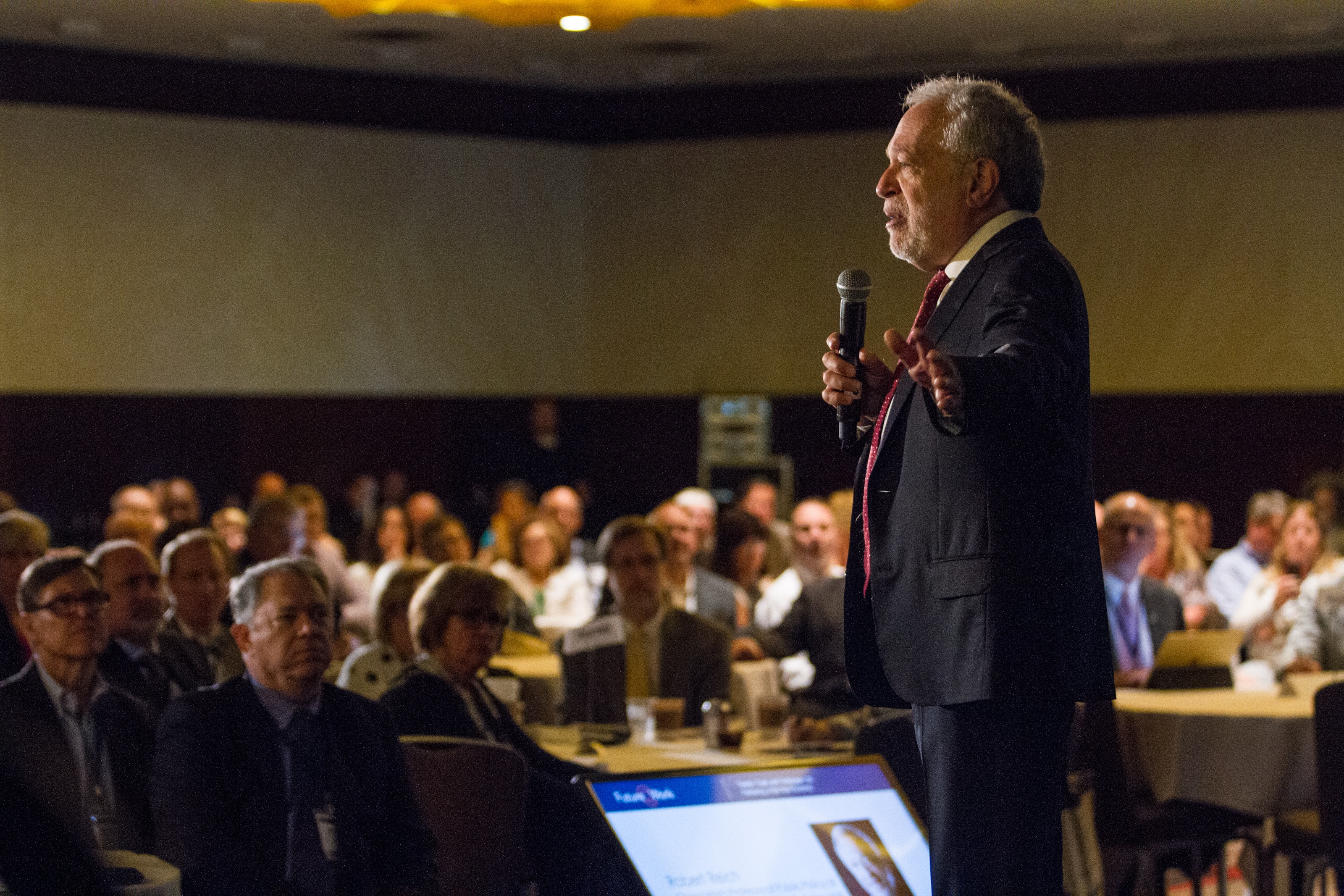 Robert Reich, Chancellor's Professor of Public Policy at the University of California, Berkeley, and former Secretary of Labor, made the economic case for worker engagement during his keynote address.

Organizations, unions from across the nation explore a more collaborative future

What if every organization and every union had a labor management partnership like ours?

It’s not as far-fetched as it sounds. On Aug. 16, more than 250 union, business and government leaders from all over the United States gathered in Chicago for Partnership Day, a meeting hosted by the Federal Mediation and Conciliation Service at its biennial conference—and offered a realistic look at the ups and downs that occur in partnerships and what it takes to launch and sustain them.

“We know partnership can make a difference,” Allison Beck, FMCS director, told the gathering. “This is not some fantasy that happens in a make-believe world.” She should know. As leader of the FMCS, the federal agency that mediates labor disputes across the United States, she’s seen firsthand how acrimonious relationships can ruin companies and unions—and how more open and respectful ones can help them both succeed.

The partnership between Kaiser Permanente and the Coalition of Kaiser Permanente Unions is the longest-lasting and strongest one in the nation, so conference participants asked many questions about how it operates.

A race to the top

Dennis Dabney, KP's senior vice president of National Labor Relations and Office of Labor Management Partnership, told the packed room he spends a lot of time on the phone with leaders from other companies interested in starting and strengthening partnerships. 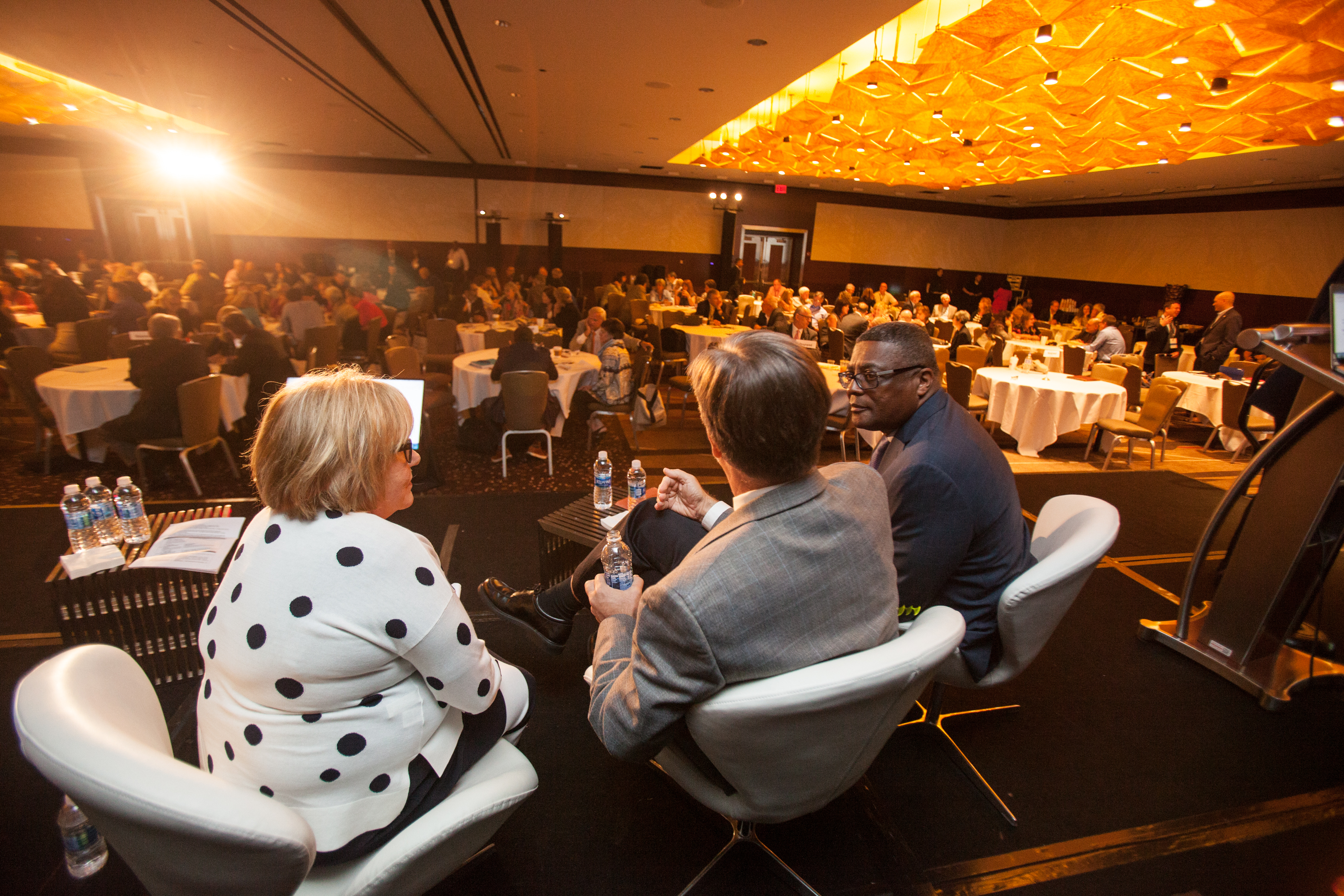 Partnerships help unions grow stronger, said Hal Ruddick, executive director of the Coalition of Kaiser Permanente Unions, because they involve frontline workers in improving service and quality. In addition, the 28 local unions in the coalition have an agreement with KP that creates a fair process for workers who want to form a union—a sharp contrast to the vicious anti-union campaigns many U.S. employers wage against their own employees.

During the bruising recession that began in 2008, Ford Motor Co. and the United Auto Workers union relied on their partnership to navigate a time of difficult change. Partly as a result of that relationship, the automaker fared better than its U.S. competitors.

“We stand tall and talk about our relationship with the UAW,” said Bill Dirksen, Ford’s vice president for labor affairs.

As with the partnership between KP and the Coalition of KP Unions, there were many skeptics on the union side at the beginning.

“In my younger days, I was anti-everything,” said Jimmy Settles, now a UAW vice president. He joked that at first, “When we got in bed with the company, the company got all the covers.”

All of the partnerships have faced similar challenges—such as how to fund them.

And when managers and union members get frustrated with their partnerships, “They say, ‘Let’s go back to the way we used to do it,’” noted Mike Richards, executive secretary treasurer of OPEIU Local 11, whose members work at Northwest Natural Gas in Portland, Ore. But, he said, “Those days are over.”

Despite the frustrations, “I would do it again,” said Denise Duncan, president of UNAC/UHCP, which represents more than 18,000 KP employees in Southern California.

The following day, commenting on the success of the event, Alison Beck thanked KP for leading the way.

“They’re the gold standard of labor management partnerships,” she told attendees in her kickoff speech.

Check out more photos and insights from leaders of these organizations and unions on our Storify and on the FMCS Facebook page.