'One and Done'—It's the Super UBT 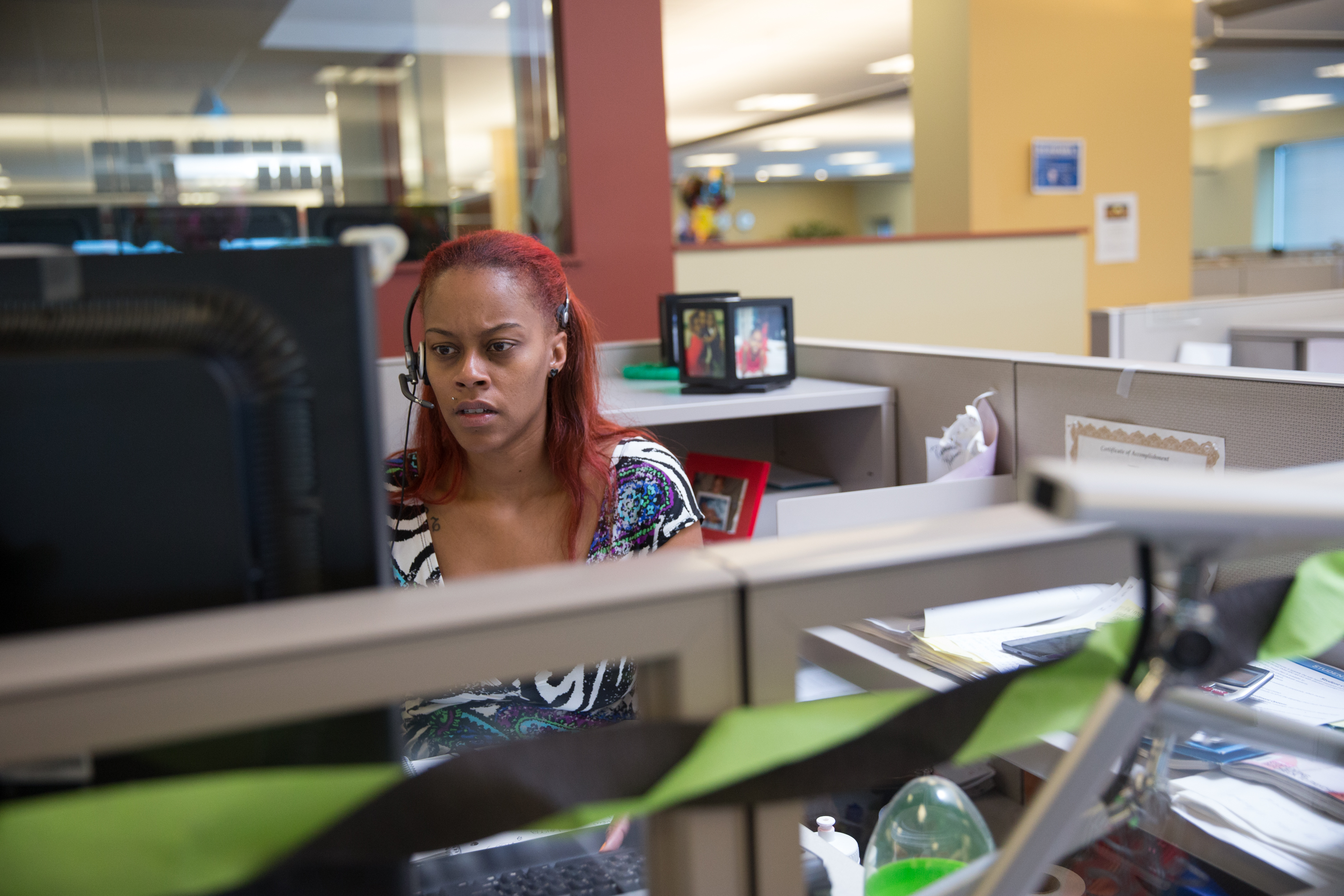 Faster than a speeding billing question, more powerful than a local center, able to resolve member needs in a single call!

As the second open enrollment period under the Affordable Care Act approached, Kaiser Permanente’s Customer & Member Services team knew that it didn’t want the thousands of new members joining KP to have that sort of frustrating experience. Just the year before, C&MS’ Member Service Contact Centers (MSCC) had been swamped by three times as many calls as expected. That had led to many handoffs to Membership Administration, which works with the MSCC customer service representatives to get questions answered.

And so the first-ever “super unit-based team” sprang into action in September 2014. Its mission: To combat long wait times and better handle the anticipated surge in calls that would come with open enrollment.

What made it “super” was that it transcended locations and time zones, bringing together on a single team representatives from across the country—from the MSCCs in Denver, Colorado; Fulton, Maryland; and Corona, California, and from Membership Administration in Denver and San Diego. In the past, an individual UBT at one of the centers might develop a good practice, but it was left largely to chance that other centers would learn of it and follow suit. But under the umbrella of the Open Enrollment 2015 Readiness Initiative, 29 frontline and managers, supported by regional and national leaders, took a fresh approach to testing initiatives and spreading best practices.

The combined team helps everyone operate as one team instead of separate entities, says Deashimikia Williams, a customer service representative at MSCC-Fulton and an OPEIU Local 2 member.

The collaborative effort was important because members don’t distinguish between different centers or different divisions. “They see us as One KP,” says Marie Monrad, vice president of strategy and operations for the Office of Labor Management Partnership, “and with this, we are doing performance improvement as One KP.”

The Super UBT’s biggest success so far is known as “one and done”—meaning that the member’s question is taken care of by the representative who picks up the phone. Before, a member’s request to stop an online payment, for example, might have taken up to a half-dozen calls. But with the introduction of the one and done process, the MSCCs were able to reduce the number of handoffs by 60 percent from January 2014 to January 2015.

The secret to success was looking to the customer service representatives for answers, says Jerry Coy, senior vice president of Customer & Member Services. “We asked the people who actually take the calls, ‘What questions are members asking?’ and ‘What would make your job easier?’” he says. “We are the front door to KP. We welcome the members and want them to be a member for life.”

“All of this work is in line with the Labor Management Partnership’s commitment to grow and maintain membership for KP,” notes Janelle Williams, consultant specialist for frontline engagement and growth.

Answering calls from all over

The call centers that participate in the Super UBT answer the majority of KP member calls from the entire organization, fielding questions on a range of topics from billing to details of the health plan to helping members who haven’t received their membership cards.

Super UBT members received additional education and created a rapid resolution team within Membership Administration. While the representative stays on the phone with the member, he or she can consult with specialists via Lotus Notes SameTime chats or by opening another line. From mid-January through early March, the MSCCS handled nearly 5,400 calls—and more than 5,000 of them were successful rapid resolution calls, with the members helped in a single interaction. In addition, through staffing changes, operational improvements, and the implementation of the rapid resolution team, Membership Administration has reduced mean processing time for member issues from 26 days in January 2014 to three days in January 2015.

“We have a better understanding about the changes in different regions,” says Deashimikia Williams, who is the Fulton UBT’s labor co-lead. “Before the Super UBT, it was hard to get everybody engaged. Being engulfed in this work motivated us.”

LaDondra Hancock, senior account administration representative for Membership Administration in San Diego, also says the initiatives started by the Super UBT have improved the way she and her teammates work. “It has lessened the calls we get in from the different Member Services Contact Centers,” says Hancock, who serves as her local team’s labor co-lead and is a member of OPEIU Local 30.

The success of this collective effort provides a model for other teams and departments looking to share and spread best practices, and underscores the importance of reaching out to other teams doing the same or similar work.

“Not only is this work of the Super UBT critically important for improving the member experience,” Monrad says, “but it also shows that it is critically important to test, model and explore new ways to bring improvement through our partnership that cuts across not only multiple regions, but multiple unions and multiple functions.”

37 people found this helpful. Was it helpful to you? YesNo