Walking With Every Patient Prevents Falls 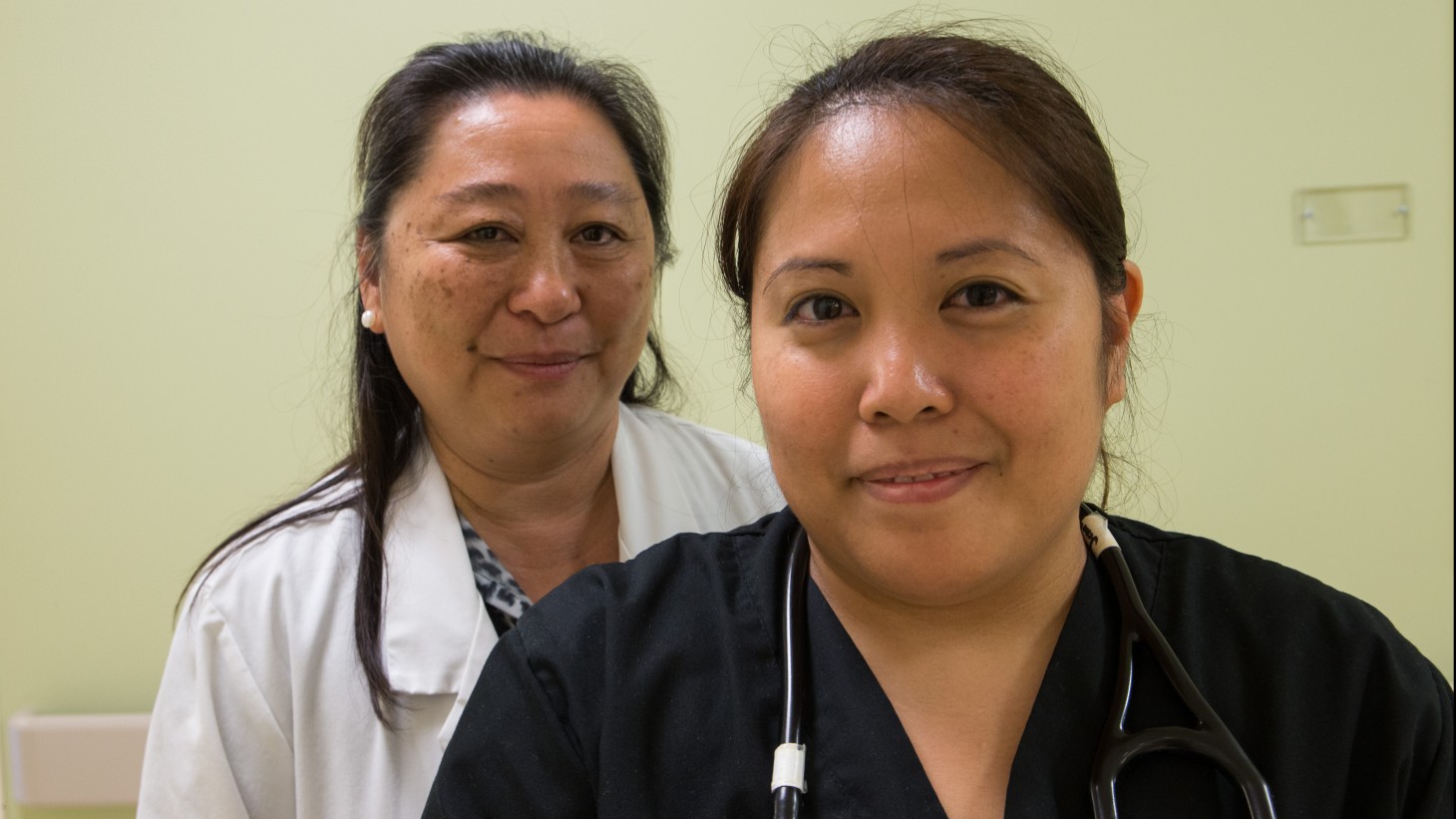 “The idea came from our manager, when one of our young, alert patients fell and got an injury. We were all upset,” says Jenalyn Andres, RN, one of the union co-leads for her department’s UBT.

That incident spurred nurses on the 4 East-Malama West unit-based team at Moanalua Medical Center in Hawaii to set a goal to cut the number of falls in half within 12 months—from 18 in 2013 to nine or fewer by the end of 2014. The team exceeded its goal and had only six patient falls in 2014.

Team members adopted the No One Walks Alone falls prevention program, pioneered at the San Diego Medical Center, to help them reach their goal. The team set up a standard process to ensure success. Some of the elements of the plan included:

Andres, a member of Hawaii Nurses Association, OPEIU Local 50, says the team educated patients and families by sharing literature with them that included tips on preventing falls and information about the No One Walks Alone protocol. The protocol starts with the assumption that all patients are fall risks, instead of nurses trying to identify which patients are at risk. Patients are accompanied every time they get up, especially to and from the bathroom, which is when most falls occur.

As part of the team’s process improvement, it identified “hot spots”—things that could happen that could prevent success. For example, the team quickly discovered that it had different types of patient beds on the unit, with different bed alarms. Some of those alarms weren’t wired into the nurse call system, so staff members had to follow the sound of the alarm to figure out which patient needed assistance—which meant it took longer to get to the patient.

The UBT worked to get the issue fixed, and as a result, “a project was opened with facility maintenance and beds have been switched to a universal cord, which resolves the problem,” says Manlee Velasco, the unit’s manager and management co-lead. “In the few cases where the cord wasn’t compatible, new beds have been ordered.”

The team has had five falls so far this year, which came before the cord issue was resolved.

The overall success of the prototcol has been noticed by other teams and “all of the inpatient units at the Moanalua Medical Center are now using the program," says Kim Lu, RN, the 4-East unit’s other UBT union co-lead and also a Hawaii Nurses Association member.

The practice is a great example of spread for another reason: The “No One Walks Alone” slogan and program was created by a San Diego Medical Center UBT in Southern California that was involved in a Joint Commission pilot in 2012.

Hawaii's success came about by adopting a practice from Southern California. Take a look at these resources on spreading successful practices, then talk with your team about where you can look for ideas to adapt.

36 people found this helpful. Was it helpful to you? YesNo