What Makes Our Bargaining Unusual 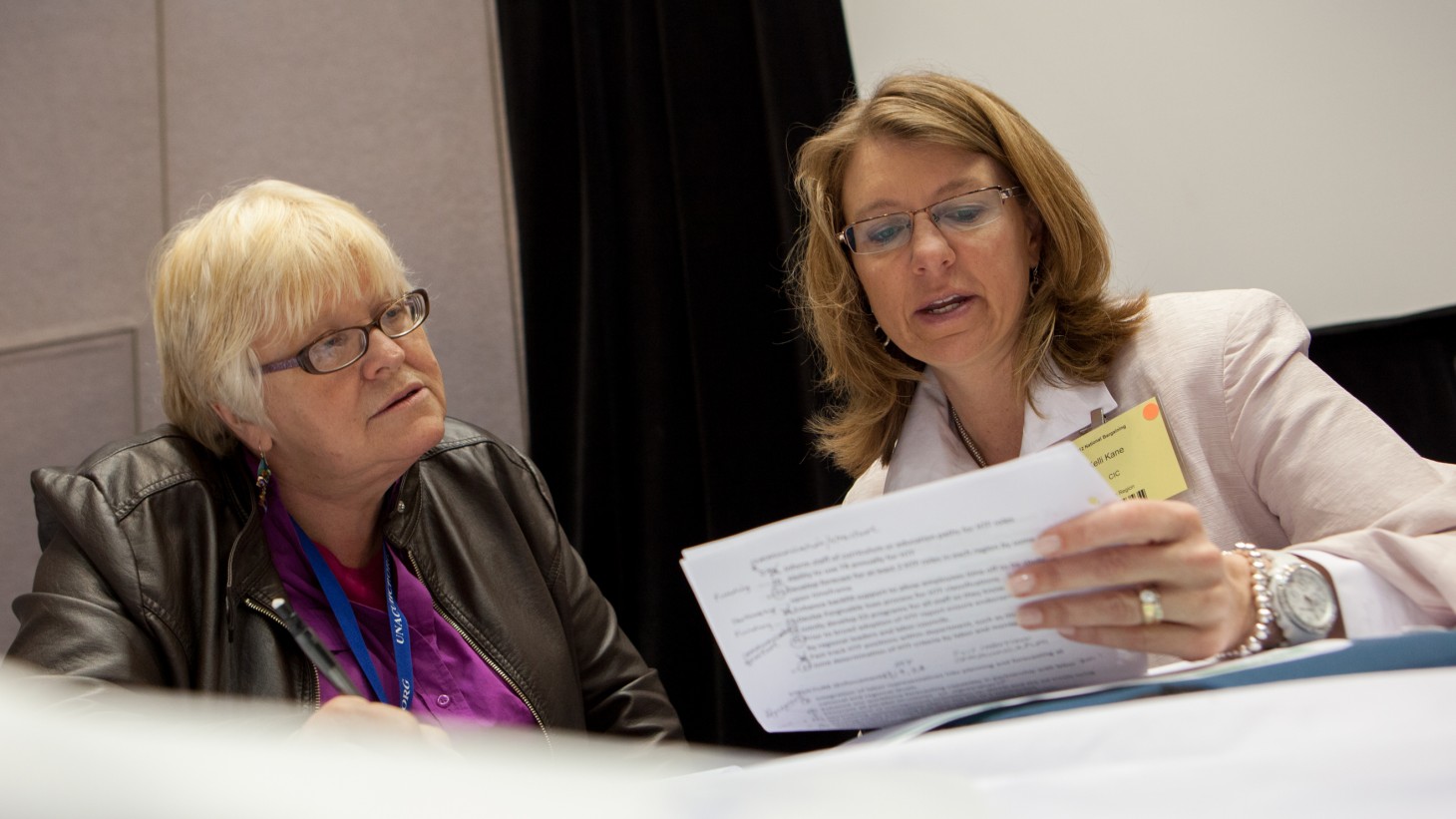 Picture a large room with 150 people. Hands are raised. Everyone gets heard. It is pushing midnight and exhaustion is setting in, but everyone maintains a sense of mutual respect and serious purpose.

It’s not the United Nations but the Common Issues Committee (CIC). The CIC is a representative group—made up of Kaiser Permanente workers, managers and physicians as well as delegates from the Coalition of Kaiser Permanente Unions—who take on the responsibility of negotiating a new National Agreement. The program-wide labor contract covers the 28 locals in the union coalition.

This inclusion is part of what makes our negotiations different from other labor contract negotiations—because how we bargain greatly affects what we bargain. By seating RNs and regional health plan presidents with lab techs and program managers during negotiations, interest-based bargaining at KP opens up new issues for discussion and creates deeper support for the final agreement.

“I personally learned a lot from the different perspectives voiced by all of the individuals representing their fields,” says Dr. Varoujan Altebarmakian, a medical group representative on the 2012 CIC. What he learned during bargaining, he says, made him an even more active advocate for partnership at Fresno Medical Center, where he is physician-in-chief.

A new CIC is formed each bargaining year. KP and union leaders select members and assign each to a subgroup to address a topic area. This year, those topics are expected to include Total Health, Work of the Future, and Operational and Service Excellence in Partnership.

Each subgroup is co-led by a management and union representative. Instead of taking hard-line positions, subgroup members stake out their common interests. Over the course of five bargaining sessions, assisted by outside facilitators, they identify interests and develop options.

In 2010, that process led to development of the Path to Performance, which established a uniform way of rating UBTs. “It was a defining moment in partnership,” says LaMont Stone, a labor liaison for Local 29 in Northern California who participated in 2010 and 2012 bargaining. “Before it was case by case, region by region.”

At the final bargaining session, each subgroup brings its proposals to the full CIC for discussion and agreement; the full CIC also negotiates wages and benefits. The finalized contract then goes to KP management for approval and is ratified by the members of each local in the union coalition.

More on How Bargaining Works

Resources from the Winter 2015 Hank:

75 people found this helpful. Was it helpful to you? YesNo