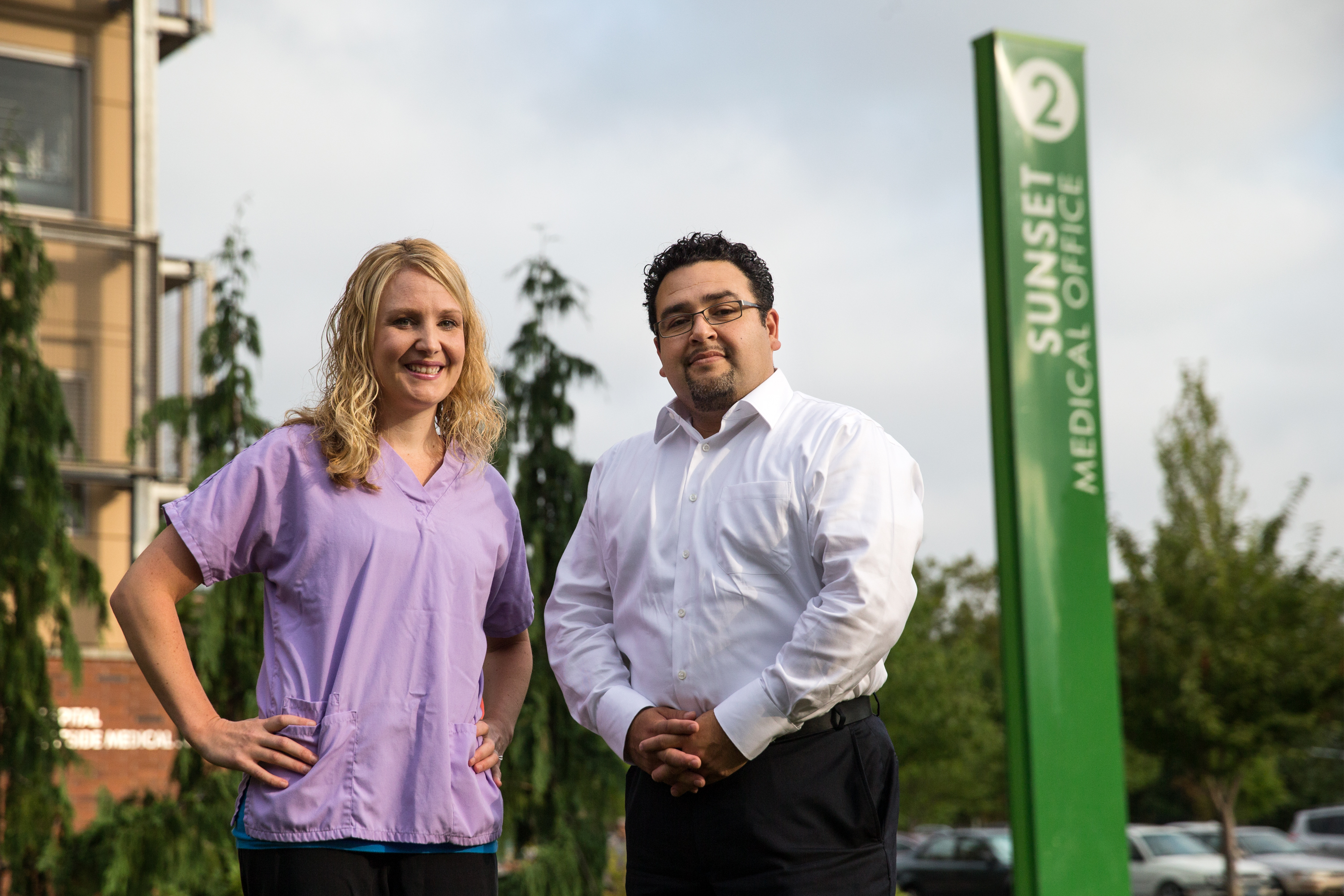 A successful kp.org sign-up campaign resulted in a deluge of messages, and providers found themselves struggling to keep up. That’s when co-leads Rikki Shene, LPN, a member of SEIU Local 49, and manager Eliseo Olvera took action, with help from their UPR.

Getting back on track, after good work yields a bad side effect

The Family Practice unit-based team at the Sunset Medical Office in the Northwest was thrilled that its work to get members to sign up on kp.org was a success. But team members quickly grew dismayed when the onslaught of new signups had an adverse effect on patients’ experience.

The challenge began in 2014, when the team launched several projects to increase the number of Kaiser Permanente members signed up on kp.org, knowing that people who use kp.org usually give KP higher satisfaction scores. The office is located in Hillsboro, Oregon, near one of Intel’s campuses. Intel offers Kaiser Permanente as a health plan option, so the effort to get more people online made perfect sense.

But, on the flip side, the increased number of messages coming in through kp.org wound up increasing turnaround times for return emails and phone calls.

More than two-thirds on kp.org

The department now receives between 450 to 650 email messages per week. Seventy-one percent of its patients—29,000 members—are signed up on kp.org. The team sought to improve its turnaround time on messages by reducing the number of times staff members and physicians touched each message. Instead of multiple people working a message, each one is now triaged one time by either an LPN or RN. At the same time, the team decreased its time spent on messages per week from 13.6 hours to 10.9 hours.

Ed Vrooman, an improvement advisor and union partnership representative, coached team members on how to test and implement their improvements.

“We learned how to use process mapping, so we could identify where the holes were in how we were approaching the work,” says Eliseo Olvera, the assistant department administrator and the UBT’s management co-lead. “Ed knew where we could get the data we needed and help us understand it, so we could do the work.”

Vrooman also introduced the team to the 6S tool—sort, simplify, set in order, sweep, shine, standardize—to improve its work processes. The team broke into different workgroups and each group identified tests of change. Some of the ideas were abandoned, some were refined and adopted, and some still are being adapted.

“I tended to focus too much on the information and the numbers,” says Rikki Shene, a licensed practical nurse and SEIU Local 49 member who is the team’s union co-lead. “Ed helped keep us organized and simplified the data so that we could keep moving forward and accomplish something in our 45-minute UBT meetings.”

Vrooman’s role in the team has been critical for the team. He attends the co-lead planning sessions and UBT meetings. He stays in the background until needed—and then he speaks up.

“He’s part of our community,” says Olvera. “His expertise with data has been critical. It’s a gift.”

Take action to get meaningful metrics

Here are the next steps for teams that are ready to leverage numbers to turbocharge performance: