Outside Eye Helps Team Do an About-Face 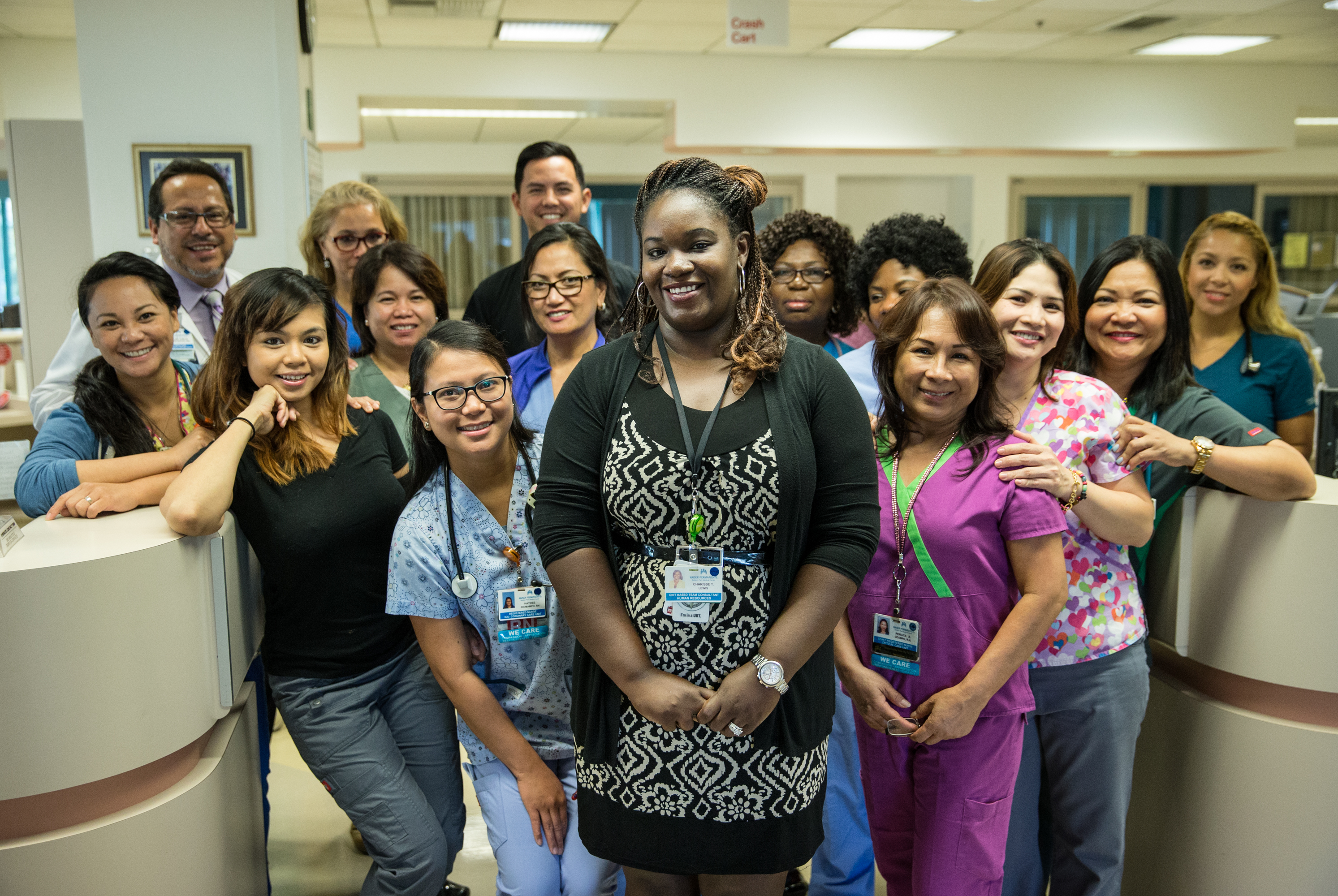 The critical care team at KP Baldwin Park, where the keen outside eye of UBT consultant Charisse Lewis helped clear the way to a culture that supports performance improvement efforts.

“I didn’t even know what UBT stood for,” says Sheryl Magpali, RN, a member of UNAC/UHCP and now the team’s union co-lead. “No one claimed to be part of it. It was pretty much nonexistent until 2013.”

With a new manager on board, interest in the UBT grew. Staff members from the Critical Care Unit and its sister department, the Step-Down Unit, elected 12 representatives, who in turn chose Magpali as the labor co-lead. Celso Silla, RN, the new department administrator, became the management co-lead.

It was rough going at first.

Attendance was spotty. When the team did meet, members focused on long-simmering grievances about labor and personnel issues. The team reached out to Charisse Lewis, Baldwin Park’s UBT consultant. While consultants often focus on helping teams with using the Rapid Improvement Model and designing tests of change, they also help teams learn to work as teams—clearing up issues that are distracting them from the work at hand.

Lewis’s first steps were to encourage the team’s union members to meet separately with a labor representative.

“That helped relieve the stressors of the union issues,” Magpali says.  Now, she says, “team meetings focus on changes that affect the unit, rather than things we have no control over.”

The department—nearly all nurses, but also including ward clerks, who are SEIU-UHW members and one of whom is a team representative—began building trust in other ways, too. At Lewis’s suggestion, staff members organized a bowling night and had dinner together. This summer, they held a backpack drive.

“Charisse has been good at guiding us—attending our meetings, observing and listening and seeing how we can do better,” says Silla.

Lewis didn’t stop with team-building activities. She coached Magpali, a soft-spoken nurse, to speak up during meetings and make her voice heard, and she helped Silla overcome his reluctance to leave his union co-lead in charge of meetings.

Once trust was established, the team could turn its attention to improving patient care, with remarkable results. UBT members have reduced central line-associated bloodstream infections from five in 2014 to none as of August of this year. Buoyed by that success, they are working to reduce catheter-associated infections.

Silla attributes the improvements to the culture of partnership and putting frontline employees in charge of decisions that affect their work.

“We would have been in limbo” without Lewis’s guidance, Silla says. “Now we’re on the same page. We can be a Level 5 in the future.”