Lead From Where You Stand 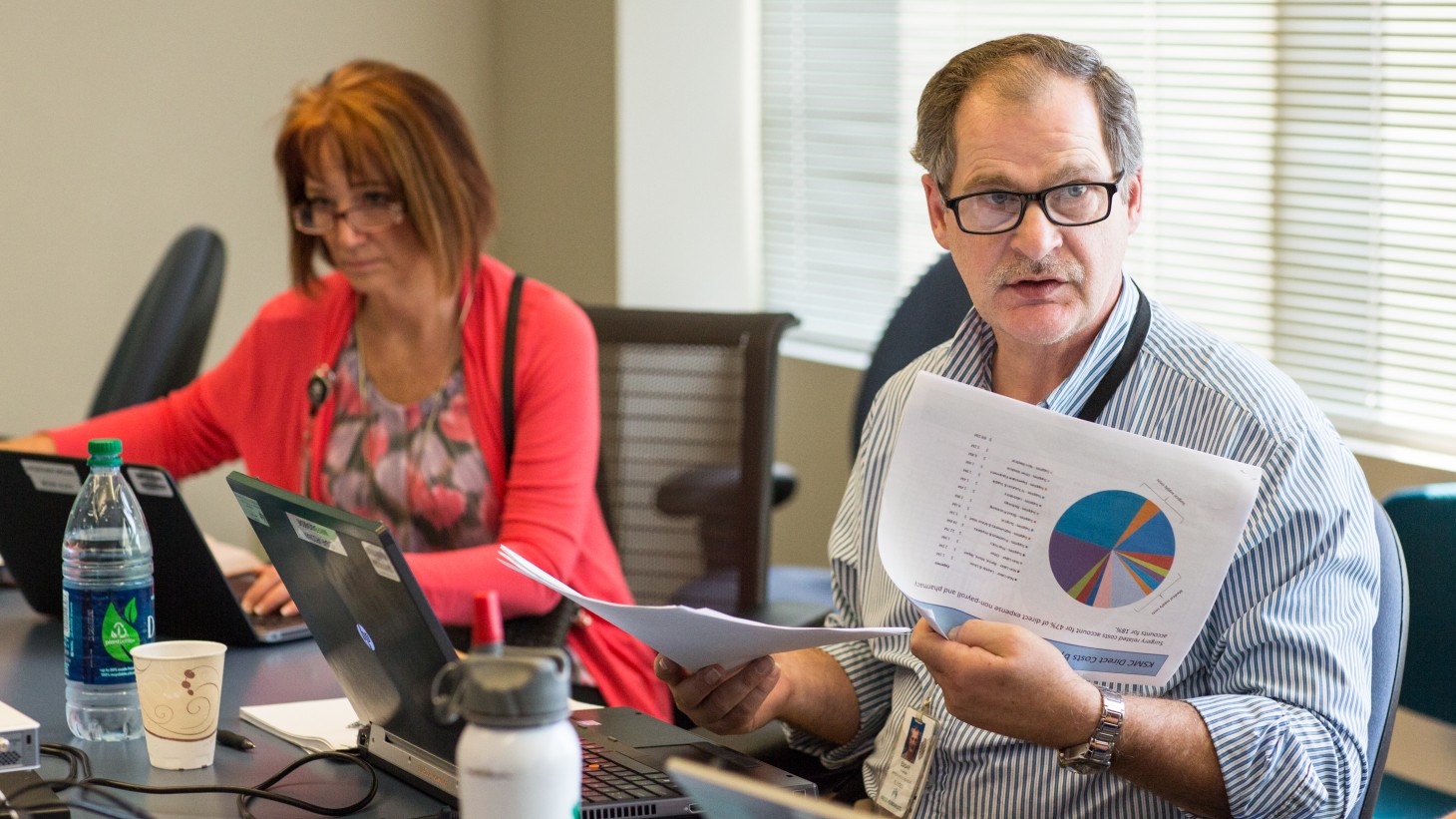 Ed Vrooman, a union partnership representative from SEIU Local 49, helps teams demystify the data so numbers can be a portal to improved performance instead of a source of stress. Kate Webb, project coordinator, lends a hand.

When it comes to metrics, even the best teams can get muddled.

At such times, a good team realizes it needs help—that it’s time to ask for assistance from someone with specialized skills. In the Northwest region, teams can turn to Ed Vrooman.

His enviable strength? An ability to crunch numbers, connect the dots and break down the complexity of the data so that unit-based teams get the information they need to do their work.

“It’s easy for teams to fall into analysis paralysis, where they dissect every data point. I work with them to know the why and the what,” says Vrooman, who started as a part-time phlebotomist 18 years ago at Portland’s now-long-gone Bess Kaiser Hospital. Today, he does double duty as a union partnership representative (UPR) for the Coalition of Kaiser Permanente Unions—he’s a member of SEIU Local 49—and as an improvement advisor.

His atypical career path has given him an unusual outlook. In 2003, Vrooman took an extended leave of absence to work for Local 49, helping organize KP employees and other health care workers. After returning to KP, he became a labor partner and brought the coalition’s interests to the building of the new Westside hospital and other major regional projects.

“Partnership has allowed me to touch nearly every function within this organization,” Vrooman says. Working on the large initiatives got him more intrigued with the data side of the house—and led to his current position, which gives him an opportunity to use his skill with data and analytics.

When he heard from the region’s UBT consultants that teams didn’t have the data they needed to work on projects, Vrooman became—along with the data analytics department and health plan leaders—a driving force in the creation of the region’s scorecards for teams. The STATIT scorecards (named after the electronic system that hosts them) enable teams to see their goals online and how they line up with the regional and PSP goals.

Every year, Vrooman, along with the other two UPRs in the region—Bruce Corkum, RN, an OFNHP/ONA member, and Mariah Rouse of UFCW Local 555—present information on regional goals and budgets in one of the quarterly Steward Councils, which bring together the region’s UBT union co-leads and representatives from its four partnership unions. For the meeting on regional goals, the management co-leads are invited as well, providing a chance for team leaders to learn together how their teams can have an impact.

When he’s working directly with a team, Vrooman mentors and coaches its members on using improvement tools, from understanding the fundamentals such as SMART goals and entering projects into UBT Tracker to more advanced tools like process mapping. He asks his team members what they need to be successful.

“You don’t need a title to be a leader,” Vrooman tells them. “You lead from where you stand.”

55 people found this helpful. Was it helpful to you? YesNo